The Difference Between Pressure & Discipline: Reflection upon my 100th Post

Posted on November 19, 2012 by Brenton Dickieson 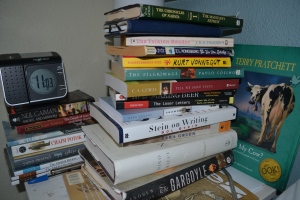 Reaching the somewhat artificial but still satisfying pinnacle of 100 Posts on A Pilgrim in Narnia has set me into a reflective mood. I began this project just over a year ago as a way to draw together my thoughts connected on my C.S. Lewis research. These thoughts range from writings about myth and mythmaking, philosophy, morality, and apologetics, religious faith and evangelicalism, children’s literature and fantasy works, writing, reading, and the works of C.S. Lewis and the Inklings. It is a wide range, but I am someone who shares a similar breadth of ideas as Lewis (though not nearly the depth), and A Pilgrim in Narnia allows me to write about the connections I make between them.

I also try to include book and blog reviews, resource suggestions, and, especially, book reviews. I have generally avoided substantive C.S. Lewis’ biography, but have written about his literary relationships with two women (Mary Neylan and An American Lady), his history of being bullied, and his relationship with his parents. I occasionally write about current events, including the recent U.S. election, but I’ve 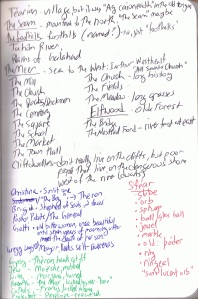 noticed that those posts are least popular among regular readers. I was part of the Hobbit Read-Along, blogging on chapters five and fourteen of J.R.R. Tolkien’s The Hobbit, and have included guest bloggers—the most popular were Ella Ramsey on Screwtape and Sørina Higgins on Lewis’ friend and fellow Inkling, Charles Williams.

As my focus has shifted, so has my writing. Fall of 2011 had a lot about the Letters of C.S. Lewis and his writing about Love. In the winter, the focus became philosophy, the Bible and evangelicalism, and The Screwtape Letters. Since the summer, I have done more work on Lewis’ Science Fiction, blogged about writing, and have been working through his essays (though I haven’t blogged on many of them). In all that I’ve written, I have avoided “translating” C.S. Lewis, but often quote long passages of his work, or talk about big ideas that people are thinking about today. It is my belief that my readers are intelligent, and deserve steak and eggs rather than protein shakes and sugar-free gum. 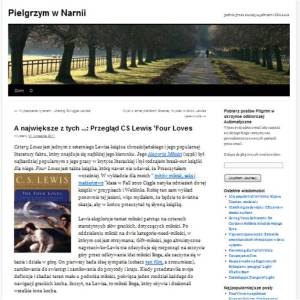 I’ve learned quite a number of things over these first 100 posts. I think my writing has improved—at least I hope it has—and I’ve become more adept at making links between things that seem at first glance to be unlinked. I’ve also learned that I can be obsessed over the strange page that includes my blog stats. I look at the number of hits from time to time, and while it is helpful to see what people are reading (the most popular are here and here—both old posts!), the numbers attract me in uncomfortable ways. What does it mean that I have 4000-5000 hits a month? Is that good? Is it bad? I don’t know, but I know that if a week goes by when the stats go down, I have this strange sense of failure. So I’m doing my best to avoid counting, which I presume has more to do with Google algorithms than my writing ability. Still, I have to admit that I did celebrate a little when I passed 20,000 visitors.

What I’ve especially learned is the value of blogging for developing discipline. Except when I was traveling or during the most difficult parts of the teaching semester, I’ve tried to blog twice a week. There is no pressure to write these blogs, and yet I have developed the discipline to do so. Usually once every couple of weeks I do a quick resource blog to make things easier. But, on the other side, the book review blogs take a long time, and I think can be the most helpful. Each week, though, I sit down and write for this blog. I feel lots of pressure about work, and this isn’t pressure. And I’m not writing for 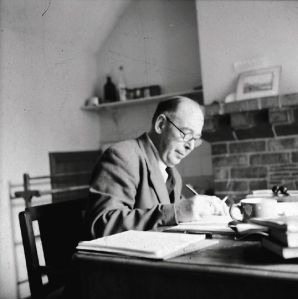 my adoring fans (which probably number in the double digits now). I am writing for myself, and it is a good discipline to develop. I suspect that the reflections will find their way into a book someday, and I’ve used the blog to test out ideas for stories, essays, papers, lectures, and sermons, but for now I write for myself.

What began as a project to read C.S. Lewis for a year and blog about it has developed into a writing focus, a PhD project, and a shift in my vocational path. I’ve also discovered there is a kind of blog subculture—I’ve come to know a few dozen bloggers who visit my site as I frequent theirs. I have made digital alliances, which is helpful when one is faced with the vast nothingness that is writing for the blogosphere when one first begins. And, of course, I have come to know C.S. Lewis’ work at a deeper level. I’ve begun to see to the inside of his work, begun to appreciate the lines of his thoughts and the stretch of his imagination.

Most of all, in working on this blog, I’ve become a more equipped Pilgrim in Narnia—a wayfarer in the land of imagination and faith. My hope is that you have too.

“A Pilgrim in Narnia” is a blog project in reading and talking about the work of C.S. Lewis, J.R.R. Tolkien, and the worlds they touched. As a "Faith, Fantasy, and Fiction" blog, we cover topics like children’s literature, apologetics and philosophy, myths and mythology, fantasy, theology, cultural critique, art and writing. This blog includes my thoughts as I read through Lewis and Tolkien and reflect on my own life and culture. In this sense, I am a Pilgrim in Narnia--or Middle Earth, or Fairyland. I am often peeking inside of wardrobes, looking for magic bricks in urban alleys, or rooting through yard sale boxes for old rings. If something here captures your imagination, leave a comment, “like” a post, share with your friends, or sign up to receive Narnian Pilgrim posts in your email box. Brenton Dickieson is a father, husband, friend, university lecturer, and freelance writer from Prince Edward Island, Canada. You can follow him on Twitter, @BrentonDana.
View all posts by Brenton Dickieson →
This entry was posted in Reflections and tagged Bible, books, C.S. Lewis, Charles Williams, evangelical, fantasy, imagination, J.R.R. Tolkien, Letters to an America Lady, literature, love, myth, religion, Science Fiction, The Screwtape Letters, writing. Bookmark the permalink.

9 Responses to The Difference Between Pressure & Discipline: Reflection upon my 100th Post