The Youngest Reviewers Get it Right, or The Hobbit in the Hands of Young Men

Posted on December 16, 2013 by Brenton Dickieson 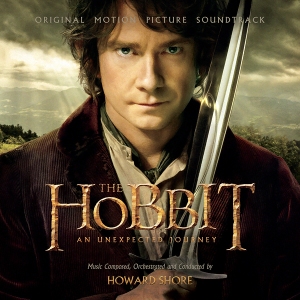 Last year, when my son, Nicolas, was 8 years old, he wrote a review of The Hobbit for A Pilgrim in Narnia. This is what he wrote:

My dad and I just finished reading The Hobbit and since he didn’t let me watch the movie I decided to write a blog. This book is about a hobbit named Bilbo who comes from a family who hates adventures. Then one day some dwarfs and Gandalf (he is a wizard) came to his door and sent him on a treasure hunt with them. Together they fought many battles. There was dwarf named Thorin. Thorin was the son of Thrain. Thrain was the king under the lonely mountain. That is where the treasure is.

One day a dragon named Smaug took over all the treasure. Then a person named Bard in a place called Laketown shot Smaug in a bare spot with a black arrow, and Smaug died. Lots of people heard about Smaug’s death and then there was a big battle called the Battle of Five Armies just for the gold.

My favourite part of the story is when a strange creature named Gollum challenged Bilbo to a riddle contest in Gollum’s cave. If Bilbo won, Gollum would show him a way out of the cave, but if Gollum won, he would get to eat Bilbo! Bilbo won, but Gollum got mad because he suspected that Bilbo stole his precious ring. He tried to stab Bilbo, but Bilbo had already found the ring and it made him invisible. Finally, Bilbo found a way of escape.

I love this book because it adventurous and exciting—and I like exciting books!

like exciting books still, but Nicolas is a little embarrassed by the review now that he is a more critical writer of 9 years. He should know that we all cringe a bit when we look back at our old work.

Nicolas is not the only prepubescent reviewer of J.R.R. Tolkien’s masterpiece. Through a series of happy accidents, the typescript of The Hobbit, still incomplete, landed in the hands of a London publisher, Stanley Unwin. Unwin liked the book, and gave it to his ten-year-old son, Rayner, to read. Here is young Rayner Unwin’s book report.

Bilbo Baggins was a hobbit who lived in his hobbit-hole and never went for adventures, at last Gandalf the wizard and his dwarves perswaded him to go. He had a very exiting time fighting goblins and wargs. at last they got to the lonley mountain; Smaug, the dragon who gawreds it is killed and after a terrific battle with the goblins he returned home – rich! This book, with the help of maps, does not need any illustrations it is good and should appeal to all children between the ages of 5 and 9 (Humphrey Carpenter, Tolkien, 203).

That 10 year old received a shilling for his review of The Hobbit. I must say: It was money well spent. 1500 copies of The Hobbit were printed in 1937 and they immediately sold out. Since then, over 100,000,000 copies of this There and Back Again tale are in the hands of readers, and Peter Jackson‘s Hobbit films have grossed well over $1,000,000,000. People in 1937 were clamoring for hobbit tales, and they still are. Both Nicolas (8) and Rayner (10) knew what good publishers should know: people like exciting books. And not just kids.

Still, I won’t let Nicolas see the films! I don’t want to disturb his critical voice, after all.

You can see an older Unwin reading his letter around 2:00 in this video:

“A Pilgrim in Narnia” is a blog project in reading and talking about the work of C.S. Lewis, J.R.R. Tolkien, and the worlds they touched. As a "Faith, Fantasy, and Fiction" blog, we cover topics like children’s literature, apologetics and philosophy, myths and mythology, fantasy, theology, cultural critique, art and writing. This blog includes my thoughts as I read through Lewis and Tolkien and reflect on my own life and culture. In this sense, I am a Pilgrim in Narnia--or Middle Earth, or Fairyland. I am often peeking inside of wardrobes, looking for magic bricks in urban alleys, or rooting through yard sale boxes for old rings. If something here captures your imagination, leave a comment, “like” a post, share with your friends, or sign up to receive Narnian Pilgrim posts in your email box. Brenton Dickieson is a father, husband, friend, university lecturer, and freelance writer from Prince Edward Island, Canada. You can follow him on Twitter, @BrentonDana.
View all posts by Brenton Dickieson →
This entry was posted in Reviews and tagged adventure, books, children's literature, fantasy, film, film adaptation, hobbits, J.R.R. Tolkien, Peter Jackson, publishing, The Hobbit. Bookmark the permalink.

35 Responses to The Youngest Reviewers Get it Right, or The Hobbit in the Hands of Young Men