On the Deaths of Charles Williams and Harold Ladoo 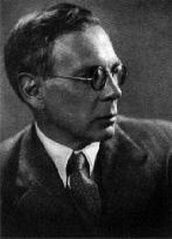 On this day, 70 years ago, Charles Williams passed away in hospital. His death came as a shock to his family, his closest friends, and his many followers. This enigmatic figure had a galvanizing effect, attracting so many to his difficult writings, his evasive personality, and his unusual point of view.

One of his closest late-in-life friends, C.S. Lewis, was among those overwhelmed by his death. Two weeks later Lewis wrote to pen friend and spiritual confidant, Sr. Penelope, describing his experience of Williams’ death:

“You will have heard of the death of my dearest friend, Charles Williams and, no doubt, prayed for him. For me too, it has been, and is, a great loss. But not at all a dejecting one. It has greatly increased my faith. Death has done nothing to my idea of him, but he has done – oh, I can’t say what – to my idea of death. It has made the next world much more real and palpable. We all feel the same. How one lives and learns” (May 28th, 1945).

Lewis wrote a lot of letters like this in the wake of Williams’ passing, some of them filled with feeling, others lobbying for support for Williams literary legacy. In this time, Lewis also turned to poetry, exploring a number of ideas in verse.

Although the post-war period was not a significant publishing time for Lewis, and though he never did complete a narrative poem or cycle as he admired in Charles Williams, he did write a number of short poems. One of them, published in August 1945, had the title, “On the Death of Charles Williams”:

Your death sounds a strange bugle call, friend, and all becomes hard
To see plainly describe truly. This new light imposes change,
Re-adjusts all a life-landscape as it thrusts down its probe from the sky
To re-arrange shadows, to change meadows, to erect hills and deepen vales;
I can’t see the old contours. The slant alters. It’s a bolder world
Than I once thought. I wince, caught in the thrill winds that dance on the ridge.
Is it the first sting of the world-waning, the great Winter? Or the cold of Spring?

I have lost now the one only friend wise enough to advise
To explore deftly this one problem. I am left asking. Concerning your death
Of whom now would it half much to ask counsel, except of you?

The line, “all becomes hard,” reminds me of Dennis Lee’s “Death of Harold Ladoo.” Besides the title, there are some personal life parallels between the authors. Like C.S. Lewis, we would know Dennis Lee most for his children’s work. Lee’s urban nursery rhymes, like “Alligator Pie,” are still popular. And I’ll never forget that he was the writer of the Muppet TV theme song, “Fraggle Rock.”

Yet, like Lewis, Lee’s best work was not his children’s work. Dennis Lee was a social thinker and cultural critic, as well as an effective Canadian editor and important poet. And like Lewis, Lee championed the cause of an obscure, difficult writer who is still under-valued today. There was no greater champion of Charles Williams than Lewis, and Lee really raised Harold Ladoo’s profile. Ladoo’s No Pain Like the Body was absolutely stunning, bringing the reader to within an inch of the sights and sounds and smells of his Indian community in Trinidad. Seldom does one read something that evokes such awe, intrigue, attraction and disgust.

In this way, Harold Ladoo was also like Charles Williams, though Williams produced a portfolio of work before his untimely death and Ladoo’s trilogy went unfinished. Williams was similarly evocative in print, and was similarly

championed by a larger figure. C.S. Lewis never ceased recommending Williams’ work, going so far as to edit a volume of essays in his name, as well as publish and comment upon Williams’ complex Arthuriad.

Lewis’ little poem has dramatic effect. In the final published version in Collected Poems, the conversation he has with Williams–who can no longer converse–is even more poignant. Dennis Lee’s elegy is not short like Lewis’, but a 15 page dialogue that moves from despair, to cynicism, to rage, and back to self-critical reflection–often within a single page.  It is an absolute treasure of contemporary poetry, with Lee seated in a Toronto cafe, eulogizing Ladoo while thinking about the writing, the street, the world of art and literature, and how it all fits together.

Like Lewis, Lee finds the loss hard: “what is hard is when good men die in their power,” Lee writes (214). But Ladoo was hard too–hard to figure, hard to befriend, and hard to let go as he moved with his own “hard, intuitive grace” (215). But it is also the sheer loss itself:

And yet to
die, Harold,
that’s hard. To die –
simply to die, and
not to be:
no more to
saunter by on the sidewalk, the
way a human does,
sensing the prick of
renewal each spring
in small green leaves and also the used-up bodies of
winos, for these come
mildly rife once more.
To be finished (221-2). 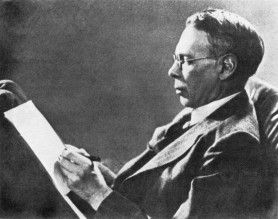 Each of the poems have their own honesty, each lamenting that the Lost One who can no longer offer advice. For Lee, it is Harold Ladoo’s empty seat at the cafe. For Lewis, it is Charles Williams’ voice no longer filling late nights of talk around pipes and beer. The published version of Lewis’ elegy to Charles Williams perhaps says best the moment that unites to two poets:

A hard question and worth talking a whole night on.
But with whom? Of whom now can I ask guidance? With what friend concerning your death
Is it worth while to exchange thoughts unless—oh unless it were you?

‘On the Death of Charles Williams’ appeared in Britain To-day 112 (August 1945): 14. A slightly revised version entitled ‘To Charles Williams’ was published in Poems and Collected Poems, each edited by Walter Hooper. Lewis wrote this note to a Fr. Denis:

It was an experiment in a metre invented by my friend Barfield an 8-stressed line with the first six stanzas coming in pairs (roughly xXXxXXxXXxXxX) and underlined (to taste) by internal rhymes (call, all, truly new light) consonances (once, wince) or both…

Lewis wrote to Barfield for permission to use the metre on July 12th, 1945.

This 10th Anniversary note is interesting as it is an example of that championing of Williams, and it is co-signed by both C.S. Lewis and Dorothy L. Sayers. It is written to the Editor of the Times:

Sir, –
Sunday, May 15, will be the tenth anniversary of the death of Charles Williams. In his lifetime he became an outstanding figure in the world of English letters. Since his death, his reputation and influence have grown so much that there must be thousands who to-day acknowledge him as a formative influence in their thinking, whether literary or religious. There can be little doubt that they will desire to honour his memory by some observance of this tenth anniversary of his death. Public meetings are being arranged in London, Oxford, and Cambridge. We venture to suggest that his disciples and students of his works elsewhere should take steps to pay tribute in some fashion wherever they may be.
Yours faithfully,
C.S. Lewis
Dorothy L. Sayers
Saint Anne’s House, 57, Dean Street, W. 1

See Walter Hooper’s edited volume 2 of The Collected Letters of C.S. Lewis for these personal and honest letters, a literary tribute to an important friend.

“A Pilgrim in Narnia” is a blog project in reading and talking about the work of C.S. Lewis, J.R.R. Tolkien, and the worlds they touched. As a "Faith, Fantasy, and Fiction" blog, we cover topics like children’s literature, apologetics and philosophy, myths and mythology, fantasy, theology, cultural critique, art and writing. This blog includes my thoughts as I read through Lewis and Tolkien and reflect on my own life and culture. In this sense, I am a Pilgrim in Narnia--or Middle Earth, or Fairyland. I am often peeking inside of wardrobes, looking for magic bricks in urban alleys, or rooting through yard sale boxes for old rings. If something here captures your imagination, leave a comment, “like” a post, share with your friends, or sign up to receive Narnian Pilgrim posts in your email box. Brenton Dickieson is a father, husband, friend, university lecturer, and freelance writer from Prince Edward Island, Canada. You can follow him on Twitter, @BrentonDana.
View all posts by Brenton Dickieson →
This entry was posted in Reflections and tagged C.S. Lewis, Canadian literature, Charles Williams, Death, Dennis Lee, Dorothy L. Sayers, elegy, Fraggle Rock, Harold Ladoo, No Pain Like This Body, Poetry, Sr. Penelope. Bookmark the permalink.