Posted on August 3, 2015 by Brenton Dickieson

That’s a lot of words. A lot of posts, a lot of time. These little blogiversaries are fun ways to take stock of where we are in our creative worlds. We all have different reasons for blogging. Sometimes those reasons evolve and grow; sometimes they get forgotten in the realities of everyday life.

At my 100th post, I found myself thinking about the values of developing the discipline to sit and write a couple of posts every week. That’s where I find my mind 300 posts later. I have a pretty predictable rhythm now. I post on Mondays and Wednesdays. One of those is something fun or shocking or intriguing that came out of my reading, while the other tends to be a short essay that is a little more influenced by research. Occasionally I do a “Feature Friday” post, usually something short and pithy, or a reblog of something I loved.

I have also had some trends in the last 100 blogs. 2014-15 saw a series on The Great Divorce, which about a dozen guest bloggers and a renewed interest in what is perhaps an overlooked C.S. Lewis book. I’ve also brought J.R.R. Tolkien into the conversation in a more intentional way. I have blogged each of the Hobbit films, including conversations with other fans and scholars through things like the “Battle of 5 (or 6) Blogs” or the Hobbit podcast.  I have been reading Lord of the Rings aloud to my son, so I occasionally post astounding things from the reading. Sometimes there is some controversy in the Tolkien posts, such as one of the respondents to my “The Hobbit as Living Text.” Usually, though Tolkien posts are well received.

Most readers will never notice, but over the last 3 years this blog has followed me through my chronological reading of C.S. Lewis. I am now in 1954. It is a fascinating moment. Lewis has just finished Narnia and spent 15 or 20 years working on a stunning book of literary history (16th Century English Literature, Excluding Drama). He has just been offered a Chair in Medieval and Renaissance Studies at Cambridge, and has accepted (with some reluctance and awkwardness). He is working on his autobiography, Surprised by Joy. And although he doesn’t know it yet, he is on the verge of falling in love with the woman who helped him write one of his most stunning pieces, Till We Have Faces.

Because I am reading chronologically, I have the benefit of being able to look back and see the hinge moments in Lewis’ life. I have blogged some of them: 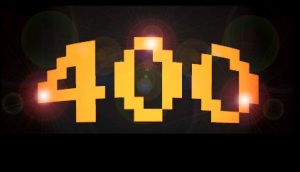 The chronological project has been one of my favourite things about this last 2 or 3 years. I am now flipping through Lewis’ letters, waiting to see what will come next. It is a lot of fun, and I’m super pumped that I should be finished reading everything Lewis ever published–and some things he never got to print–by about Christmas.

As I am doing research some things emerge from my thinking. These are not always reader favourites, but they are sometimes fan favourites. My work on fantasy and science fiction is well received, such as “From The Hobbit to Harry Potter, From Fairy Tale to Epic” and “Age of Ultron: Mythic Mess or the Absurd Man?“–both of which were re-blogged. I am pleased for the patience of those who put up with posts on evangelicalism–especially as I am defending societal misconceptions (see here and here). And sometimes, when I have something to say about the ridiculousness of the world–such as the 50 Shades phenomena or the weird conversations about Jesus in the media–you have been terrifically patient.

Yet–and I hope you will forgive me here–it is not all about you. I know what I could do to make a popular fantasy blog. Instead, I like being a baby blogger–perhaps a heavy baby blogger–where I can explore ideas and take risks. Again and again I am astounded by the intelligent and engaged reader response–whether in the comments, on facebook or twitter, or on campuses and in coffee shops as I run into readers. While I don’t allow the audience to shape everything I write, it is rewarding to be part of an extending digital friendship with readers and bloggers.

These were my six goals in beginning A Pilgrim in Narnia. This is where I am in my writing 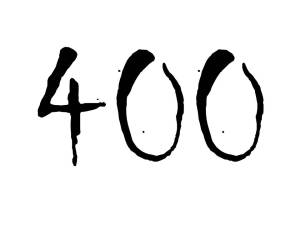 I have some things cooking in the months ahead. I have a couple of killer Hallowe’en posts already in the queue. This August 15th is the 70th anniversary of That Hideous Strength and the week 1984 dropped in 1948. I am working on a post or two where I let those books sit beside each other. I have neat posts ahead on words, audiobooks, ham, and beards. I have some thoughts on J.K. Rowling, Charles Williams, Dorothy L. Sayers, and new authors I’m discovering. I will probably do some posts on cryptozoology leading up to the point when Fantastic Beasts and Where to Find Them next spring.

One feature on the more serious side will be a series of reviews of C.S. Lewis biographies. I will begin these in early 2016 and post about one a week. If you have a review of a Lewis biography you’d like to guest blog, let me know.

As I close, I’d like to thank all of the readers–many of them mentors to me in academics, blogging, or creative writing. I am thrilled to be part of this loose web of people thinking about how real life intersects with the fantastic–especially when real life is improbable or fabulous, or when fantasy is so rooted in who we really are. Thanks for all the shares, and make sure to follow me on twitter (@brentondana) and facebook–I will follow back.

“A Pilgrim in Narnia” is a blog project in reading and talking about the work of C.S. Lewis, J.R.R. Tolkien, and the worlds they touched. As a "Faith, Fantasy, and Fiction" blog, we cover topics like children’s literature, apologetics and philosophy, myths and mythology, fantasy, theology, cultural critique, art and writing. This blog includes my thoughts as I read through Lewis and Tolkien and reflect on my own life and culture. In this sense, I am a Pilgrim in Narnia--or Middle Earth, or Fairyland. I am often peeking inside of wardrobes, looking for magic bricks in urban alleys, or rooting through yard sale boxes for old rings. If something here captures your imagination, leave a comment, “like” a post, share with your friends, or sign up to receive Narnian Pilgrim posts in your email box. Brenton Dickieson is a father, husband, friend, university lecturer, and freelance writer from Prince Edward Island, Canada. You can follow him on Twitter, @BrentonDana.
View all posts by Brenton Dickieson →
This entry was posted in News & Links. Bookmark the permalink.