The Astonishing Power of a Book about Nothing: Woolf’s “Orlando”

Posted on September 30, 2015 by Brenton Dickieson 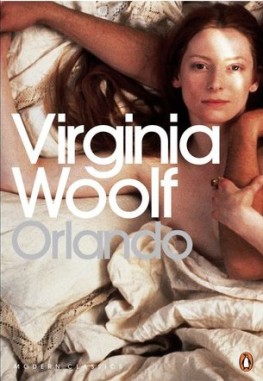 I have just finished reading Virginia Woolf’s Orlando: A Biography. It is a shocking, confusing, and engaging book. I am reeling from this … well, I’ll call it a novel.

And I can say almost nothing about it or it will ruin it for you. But, here we are.

There is almost no real plot—almost nothing happens in the entire book. Yet it is transformational. Here is how C.S. Lewis described Orlando in an April 1930 letter to his friend Arthur Greeves, not long after the book was released.

I am reading Virginia Wolfe’s Orlando to Minto at present. Have you read it? And if so what do you make of it? I think there is a quite astonishing power of rendering the feel both of landscapes and moods, rising sometimes to real loveliness, and a total absence of any matter on which to use the power. 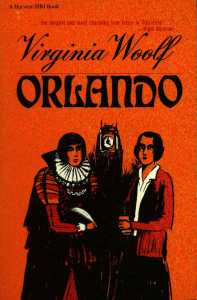 I agree about the “astonishing power,” but what does Lewis mean by “matter”? He must mean “story”—which he would later write about as a critic. There is no shortage of ideas in the book. The first book of Woolf’s I read was A Room of One’s Own—one of the few books I read through, then turned over and began again. It was no surprise to me that Orlando also plays with the idea of gender and culture, asking the question of what a woman is.

Indeed, Orlando is really a journey of discovery, though the land of adventure is English history rather than the Continent or the New World. This travelogue of time is entirely dislocating. It is like the characters have continued the play on stage while the set changes behind them.

There are characters, but they will certainly not stabilize you. Some are ruggedly rooted in time and space, others are not. Some personalities transform, some are fixed. The weather might shift an entire culture, or clothes may quite literally make the man. When physiology should be concrete, it is fluid. And when society should live, it dies. 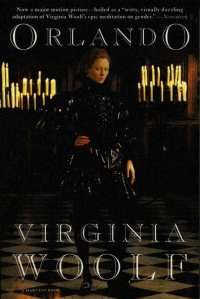 Even the genre of the book slid past me. I ignored the subtitle, “A Biography.” Soon in though, I could see it was a novel posing as a biography. Fair enough. Woolf discusses the nature of biography all throughout as part of her exploration of Orlando’s character. But then I find out after finishing that there is a real person behind Orlando. So as far as I can tell this is a fictionalized biography posing as biographical fiction.

Perhaps I’ve said too much.

This is what Woolf does, I suppose. Lewis talked about what her writing was like this in a 1945 letter to Cecil Harwood, comparing Jonathan Swift and Virginia Woolf:

In Gulliver you get strange adventures in a studiously ordinary way.  In Virginia Woolf you get v. ordinary life presented in a strange way. But two strangenesses is too much.

I wonder if Orlando might be one strangeness too many. I’ll have to read it again to let you know.

Or, better yet: You read it and let me know. My bedside table full of books teeters on the edge of literary apocalypse, and this Orlando sits in my memory like indigestion after the picnic. 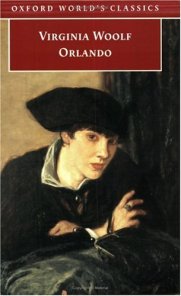 Why not just leave it? Why not let it be another book that could slip into history forgotten, like 90% of the greatest works I’m sure?

I don’t think we can. For our culture has finally come to the point where it is asking the kinds of questions that Virginia Woolf was asking in the late 1920s in her fiction and pseudo-fiction. I don’t know anyone else who was so able to anticipate questions about gender, sexuality, mental illness, marriage, religion, race, war, art, and politics. Perhaps she is worthy of literary anonymity (I don’t think so), but we must consider her first.

So read, if you dare. And teach me what I am to do next!

“A Pilgrim in Narnia” is a blog project in reading and talking about the work of C.S. Lewis, J.R.R. Tolkien, and the worlds they touched. As a "Faith, Fantasy, and Fiction" blog, we cover topics like children’s literature, apologetics and philosophy, myths and mythology, fantasy, theology, cultural critique, art and writing. This blog includes my thoughts as I read through Lewis and Tolkien and reflect on my own life and culture. In this sense, I am a Pilgrim in Narnia--or Middle Earth, or Fairyland. I am often peeking inside of wardrobes, looking for magic bricks in urban alleys, or rooting through yard sale boxes for old rings. If something here captures your imagination, leave a comment, “like” a post, share with your friends, or sign up to receive Narnian Pilgrim posts in your email box. Brenton Dickieson is a father, husband, friend, university lecturer, and freelance writer from Prince Edward Island, Canada. You can follow him on Twitter, @BrentonDana.
View all posts by Brenton Dickieson →
This entry was posted in Reflections and tagged A Room of One's Own, art, C.S. Lewis, culture, feminism, gender, literary criticism, On Stories, Orlando, Theology of Culture, Virginia Woolf. Bookmark the permalink.

19 Responses to The Astonishing Power of a Book about Nothing: Woolf’s “Orlando”