“I’m a Sad Ass at the Moment” C.S. Lewis’ Words with Sr. Penelope (From the Vault)

I have had a terrible, horrible, awful week. Though it moved in and out relatively quickly, I had a version of the flu I would not wish on anyone, and now I have a week of catching up to do. Lacking entirely in motivation or imagination, I thought I would share an older post from the vault. Skimming my February posts from years past, I saw this one, and I think the title fitting. I hope you enjoy, and I suspect more can relate to C.S. Lewis’ struggle than I would wish.

Anyone who experiences the ebb and flow of spirit, the up and down of mental life, will be sensitive to that vibration in the lives of others. Setting aside for a moment the oft-misunderstood realities of mental illness, for most that experience periods of spiritual dryness and emotional darkness, poles of soul and mind cannot be pulled apart. There really is, as Screwtape says in Letter VIII, a “Law of Undulation.” And while the Word of God can divide between bone and marrow, spirit and soul, human words cannot. In the valleys of life we are the most holistic, knowing that all of our body, our mind, our soul, and our strength is invested in the struggle.

C.S. Lewis was not immune to this law, and throughout his letters and his diary are moments of depression, discouragements, and a sapped spirit. I don’t imagine most readers will be surprised that these seasons sometimes came during some of Lewis’ most effective times. In the Fall of 1941, his Screwtape Letters are selling like mad in a weekly newspaper and are about to fall into print. He has given five talks on the BBC to more than a million listeners, has written the next five talks, and he has been lecturing men in the Royal Air Force throughout the country. His own understanding of Milton has been transformed by his friend Charles Williams, and he is about to give a prominent lecture series on Paradise Lost. One of his students, Mary Neylan, has come to Christ through his letters and books, and he is 3 or 4 chapters into what will become his favourite book, Perelandra. This is a high time for Lewis. 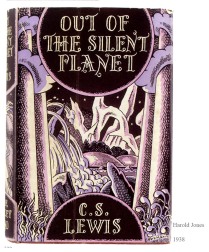 And yet, listen to the tone of this letter to Sr. Penelope. This Anglican nun and a scholar in her own right. She had read Out of the Silent Planet (1938) and wrote Lewis a fan letter–one of his first (and one of the only fan letters of that period). Lewis wrote back to her in the summer of 1939:

The letter raises for me rather an acute problem–do I become more proud in trying to resist or in frankly revelling in, the pleasure [your letter] gives me? One hopes there will come a day when one can enjoy nice things said about one’s self just in the same innocent way as one enjoys nice things about anyone else–perfect humility will need no modesty. In the meantime, it is not so.

What begins is a literary friendship wherein both partners would say that the other was the more influential. Lewis offered advice on Sr. Penelope’s work, lectured at her convent, and wrote an introduction to her translation of St. Athanasius. Sr. Penelope continually encouraged Lewis in her books and letters, and ultimately led Lewis to the point of seeking out a confessor–an Anglican priest who would take his confession and act as a spiritual director.

Reading through the letters, one might suspect at times the balance tipped to Lewis’ side. Sr. Penelope, upon reading The Problem of Pain (1940), was overflowing in thanks. She wrote to Lewis:

I was beside myself with flatteration at receiving a copy of your book; but my gratitude to you for giving me the book, great though it is, is small compared to my gratitude to God for having given it to you to write it; & that, I think, is as you would wish it. I expected to enjoy myself reading it, & have done so even beyond my hope. It made me bolt my dinner to get more time for it–we read to ourselves at dinner, such a good plan, & incidentally one which gives many of us almost our only chance of reading history, travel etc.; & now that I have finished it, reading every word, & a good many bits twice over, I am longing to read it again. That, I think, is a peculiar quality of your writing: I am aching to re-read both Pilgrim’s Regress & Out of the Silent Planet , tho’ I have already read the latter twice, once aloud; but this book outstrips even those….”

That is quite a compliment. And though Lewis is less effusive, I think his debt is just as great. For as he became a spiritual leader in England–a bookish, unkempt Oxford don in the theological spotlight–he would need support in ways he could not have anticipated. As he writes April 10, 1941, she has given him “real help.” 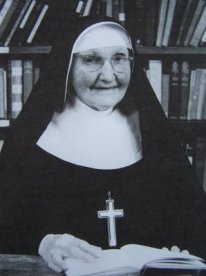 And real help he may need. Typically self-deprecating, Lewis moves into the realm of real self-doubt and discouragement as he feels he is failing in his RAF lectures and as the BBC talks loom before him:

We ought to meet about B.B.C. talks if nothing else as I’m giving four in August. Mine are praeparatio evangelica [preparation for evangelism] rather than evangelium, and attempt to convince people that there is a moral law, that we disobey it, and that the existence of a Lawgiver is at least very probable and also (unless you add the Christian doctrine of the Atonement) imparts despair rather than comfort.

You will come after to heal any wounds I may succeed in making…. I’ve given some talks to the R.A.F. at Abingdon already and as far as I can judge they were a complete failure.

Lewis is not in despair: there is still some humour there. On Oct 9, 1941, he mails her the handwritten manuscript of The Screwtape Letters, apologizing for the shape of the manuscript and asking her to keep it safe until publication. And then, a month later, Lewis wrote another letter. Near the end, he says:

I am writing, really, for company, for I’m a sad Ass at the moment. I’ve been going through one of those periods when one can no longer disguise the fact that movement has been backward not forward. All the sins one thought one had escaped have been back again as strong as ever,

And all our former pain
And all our Surgeon’s care
Are lost: and all the unbearable, in vain
Borne once, is still to bear.

The “ass” here isn’t merely derogatory or slang; Lewis is referring to Balaam’s Ass, who converted the prophet, or perhaps his own body, which St. Francis called “Brother Ass.” Lewis felt like his task was similar, trying with a donkey’s ability to get a great nation to see the reality of God in their midst. So it is a bittersweet joke as we see Lewis at one of his lows, not just in the valley but slipping back.

We can’t know from letters alone the light and dark in Lewis’ mental life. In future letters he would speak about his doubts:

I think what really worries me is the feeling (often on waking in the morning) that there’s really nothing I so much dislike as religion–that it’s all against the grain and I wonder if I can really stand it!

It seems that Lewis is breathless in his activity until the late 40s, and is close to burnout at different times. Doubtless his faith ebbed and flowed in that time. It is a fact of life, a “law” of nature, the reality we face in flesh. It is useful, then, to read the whole poem of this Sad Ass that he draws a stanza from above.

Out of the wound we pluck
The shrapnel. The thorns we squeeze
Out of the hand. Even poison forth we suck,
And after pain we have ease.

But images that grow
Within the soul have life
Like cancer and, often cut, live on below
The deepest of the knife,

Waiting their time to shoot
At some defenceless hour
Their poison, unimpaired, at the hearts root,
And, like a golden shower,

And all our former pain
And all our surgeon’s care
Is lost, and all the unbearable (in vain
Borne once) is still to bear.

“A Pilgrim in Narnia” is a blog project in reading and talking about the work of C.S. Lewis, J.R.R. Tolkien, and the worlds they touched. As a "Faith, Fantasy, and Fiction" blog, we cover topics like children’s literature, apologetics and philosophy, myths and mythology, fantasy, theology, cultural critique, art and writing. This blog includes my thoughts as I read through Lewis and Tolkien and reflect on my own life and culture. In this sense, I am a Pilgrim in Narnia--or Middle Earth, or Fairyland. I am often peeking inside of wardrobes, looking for magic bricks in urban alleys, or rooting through yard sale boxes for old rings. If something here captures your imagination, leave a comment, “like” a post, share with your friends, or sign up to receive Narnian Pilgrim posts in your email box. Brenton Dickieson is a father, husband, friend, university lecturer, and freelance writer from Prince Edward Island, Canada. You can follow him on Twitter, @BrentonDana.
View all posts by Brenton Dickieson →
This entry was posted in Feature Friday, Memorable Quotes, Reflections and tagged Balaam's Ass, C.S. Lewis, Collected Letters of C.S. Lewis, depression, letters, literature, spiritual dryness, Sr. Penelope, The Screwtape Letters. Bookmark the permalink.

9 Responses to “I’m a Sad Ass at the Moment” C.S. Lewis’ Words with Sr. Penelope (From the Vault)