A Narnian Thought on Giant Faith

I think sometimes Christians forget how very strange their beliefs are. I don’t mean this offensively–unlike Richard Dawkins, I don’t think belief is delusional. Quite the opposite, actually. What I mean is that the cultural starting point of faith doesn’t exist for most of us in the Western world. I can feel the idea of God in my Eastern Canadian culture, lurking in the background as a vague social expectation. But I certainly don’t see instinctive belief in the students and teachers I work among at the university. And say

something like “I’m struggling in my prayer life” in polite conversation at Tim Hortons and a shadow of confusion or distaste will pass across the face of your conversational victim.

Frankly, the idea of a living and active God invested in the lives of everyday people is about as startling as suggesting that fairies haunt the back field, or that elves are targeted more frequently than humans by border crossing agents. A generation ago a street evangelist might say something like, “God loves you and offers a wonderful plan for your life”–actually, Campus Crusade for Christ still has this on their website–but now the average tract-receiver gets stuck on the very first word: God. Faith, and the idea of a creator God who requires followers to treat others like the images of God is the 21st century equivalent of “Here be Dragons”: it’s completely unknown territory.

C.S. Lewis, intentionally or otherwise, captures the surprise one would feel to discover that elves really were the target of racial profiling or that a living God cares about human hearts. This scene from The Silver Chairhas Jill Pole, a newly initiated Narnian traveler, walking with trepidation 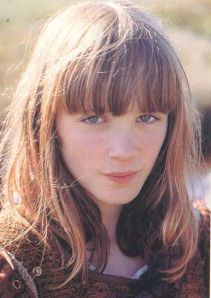 through the land of the giants on the north side of the river Shribble to Ettinsmoor in the north.

When they set out again, Jill noticed that the rocky edge of the gorge had drawn nearer. And the rocks were less flat, more upright, than they had been. In fact they were like little towers of rock. And what funny shapes they were!
“I do believe,” thought Jill, “that all the stories about giants might have come from those funny rocks. If you were coming along here when it was half dark, you could easily think those piles of rock were giants. Look at that one, now! You could almost imagine that the lump on top was a head. It would be rather too big for the body, but it would do well enough for an ugly giant. And all that bushy stuff – I suppose it’s heather and birds’ nests, really – would do quite well for hair and beard. And the things sticking out on each side are quite like ears. They’d be horribly big, but then I dare say giants would have big ears, like elephants. And – o-o-o-h! -“
Her blood froze. The thing moved. It was a real giant. There was no mistaking it; she had seen it turn its head. She had caught a glimpse of the great, stupid, puffcheeked face. All the things were giants, not rocks. There were forty or fifty of them, all in a row; obviously standing with their feet on the bottom of the gorge and their elbows resting on the edge of the gorge, just as men might stand leaning on a wall – lazy men, on a fine morning after breakfast. (The Silver Chair, 50-51)

The real question, I suppose, is what we see on the cliff’s edge. Belief in God is no longer a question of cultural comfort, but a giant leap of faith.

“A Pilgrim in Narnia” is a blog project in reading and talking about the work of C.S. Lewis, J.R.R. Tolkien, and the worlds they touched. As a "Faith, Fantasy, and Fiction" blog, we cover topics like children’s literature, apologetics and philosophy, myths and mythology, fantasy, theology, cultural critique, art and writing. This blog includes my thoughts as I read through Lewis and Tolkien and reflect on my own life and culture. In this sense, I am a Pilgrim in Narnia--or Middle Earth, or Fairyland. I am often peeking inside of wardrobes, looking for magic bricks in urban alleys, or rooting through yard sale boxes for old rings. If something here captures your imagination, leave a comment, “like” a post, share with your friends, or sign up to receive Narnian Pilgrim posts in your email box. Brenton Dickieson is a father, husband, friend, university lecturer, and freelance writer from Prince Edward Island, Canada. You can follow him on Twitter, @BrentonDana.
View all posts by Brenton Dickieson →
This entry was posted in Memorable Quotes, Reflections and tagged belief, C.S. Lewis, campus crusade for christ, elves, giants, Jill Pole, Narnia, religion, richard dawkins, The Silver Chair. Bookmark the permalink.

11 Responses to A Narnian Thought on Giant Faith