On 2048, Or The Keep It In The Corner Approach to Writing (#WritingWednesdays) 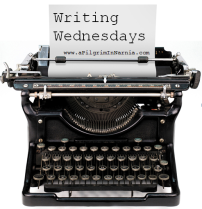 For those that don’t know, 2048 is a relatively new meme in smart phone apps. The idea is simple: combine two-point value boxes to double the value, then combine those until the doubling reaches 2048. It requires ten generations of combinations, and is a challenge until you find a system.

I blame my students, really. They introduced me to this game on the train in Chicago. The underground segments of the Loop-O’Hare trip are not as exciting as you might think, so one of my students on this school trip handed me her iPhone. As a responsible professor should, I confiscated the device, and 2048 got me through the airport without any mental effort.

I suppose that’s one of the draws of the game: It takes absolutely no mental effort. It is a curious combination of furious concentration and no mental energy. And it can be addictive.

I’m not sure which part of the game is addictive. Certainly, the goal of getting to 2048 is a draw. But I got there, and immediately found I wanted to get to 4096—which I’ve found exponentially harder than the original task of getting to 2048. To be fair, the game is precisely “exponential” in its increasing difficulty. But it could be I need a new system.

“Only go three directions” was the first piece of advice I received. Later someone summarized it as “keep it in the corner.” Good advice. My first system was to simultaneously create two boxes of 4s, 8s, 16s, etc., until I had two of 1024 to make 2048. This worked okay for a while, but it was hard to get passed 512. I would have two 512 boxes, but they would be separated by other boxes, so I was making a third committed box. The “link chains” approach didn’t work for me.

Instead, I focus on only one box. I build one up to 512, then double it, and double it again, keeping it in the corner. I have a couple of ways of doing this, depending on how the numbers fall (and that can be unpredictable). But focussing on a single square is my key to 2048 success.

All of this is nonsense, of course. It’s a complete waste of time. I’m also running out of excuses with my wife. At first I told her I was teaching Nicolas how to count, but now she doesn’t seem to believe it really is a carpal tunnel prevention exercise. The truth is, with a new job and spring cleaning and papers due and daily visits to the hospital and travel and papers due, a few minutes here and there of mental collapse is a good thing.

But there is a lesson for writers to learn from my 2048 strategy. I have been often working on a couple of projects simultaneously. Sometimes I was writing one and editing another, but often I was writing two novels or a novel and a short story at the same time. It is the same with my academic research. I have been cooking on two burners. I have two pots simmering, and I’m not sure which one will be my final project.

In some ways there is an advantage to this. My writing is fresh and interesting whenever I pick it up (except the editing, which I hate). My research is engaging too, as I cannot be sure which direction it will go. I am in the stage of discovery, and there is a lot to commend that stage.

But it is time for me to focus in. In my research, I will choose one burner or another—or combine the two somehow. Fusion cooking is in, right? So I may choose fusion research. In any case, I need to focus on one thing. And in my fiction and creative nonfiction, I don’t just have two pots going, but four—or eight, or sixteen, or thirty-two…. Do you see the struggle? Like a crowded 2048 screen, my virtual writing desk is crammed full with potentiality, but that very fullness means I may not get a “win.”

It’s probably also true that, like 2048, when I get a literary win—an article in a journal or a book published—I will immediately want the next level up, the 4096 version of writing. I haven’t thought much about 8192—in the game or in literary terms. I’ve heard there is a 32768 tile, but that you can only achieve it by using the “undo” button from time to time. I’ll talk about the “undo button” in writing another time—the Ctrl-Z approach to creative work—but I would have to think that 32768 is sort of the Stephen King level in literary terms.

But, for the meantime, I need to be more ruthless about focussing in on my writing projects. So I’ve decided to use the Keep It In The Corner approach to writing. I will work on one thing, while keeping flexible about opportunities as they come.

See, it turns out that 2048 has been valuable after all!

This blog is part of a series of Wednesday posts on Writing Resources. Previous posts include:

“A Pilgrim in Narnia” is a blog project in reading and talking about the work of C.S. Lewis, J.R.R. Tolkien, and the worlds they touched. As a "Faith, Fantasy, and Fiction" blog, we cover topics like children’s literature, apologetics and philosophy, myths and mythology, fantasy, theology, cultural critique, art and writing. This blog includes my thoughts as I read through Lewis and Tolkien and reflect on my own life and culture. In this sense, I am a Pilgrim in Narnia--or Middle Earth, or Fairyland. I am often peeking inside of wardrobes, looking for magic bricks in urban alleys, or rooting through yard sale boxes for old rings. If something here captures your imagination, leave a comment, “like” a post, share with your friends, or sign up to receive Narnian Pilgrim posts in your email box. Brenton Dickieson is a father, husband, friend, university lecturer, and freelance writer from Prince Edward Island, Canada. You can follow him on Twitter, @BrentonDana.
View all posts by Brenton Dickieson →
This entry was posted in On Writing and tagged 2048, focus, On Writing, Stephen King, writing, Writing Advice, Writing Wednesdays. Bookmark the permalink.

8 Responses to On 2048, Or The Keep It In The Corner Approach to Writing (#WritingWednesdays)