The Art of Letter Writing in the Digital Age

Posted on March 7, 2016 by Brenton Dickieson 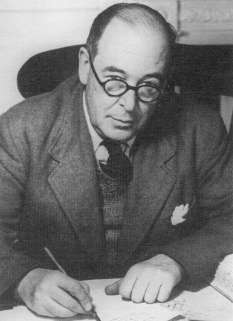 I have always been fascinated with the art of letter writing. I have filled my reading these last few years with personal letters, especially those of C.S. Lewis, J.R.R. Tolkien, Dorothy L. Sayers, James Thurber, E.B. White, Dietrich Bonhoeffer, and St. Paul. Plus, I have learned to loved epistolary fiction, one of the rich sources that C.S. Lewis draw from in his work. I love the sense of peaking in–the voyeuristic guilty pleasure–and the “real life setting” that letter stories presumes.

Despite my love for reading letters, I have always failed at actually doing it. I yearn for rich, paper correspondence, where my ideas can be later—much later, I hope—dissected and the me I leave behind rediscovered in them. I yearn for the kind of rich correspondence that C.S. Lewis shared with friends and fans. His letters with Arthur Greeves, for example, span a lifetime, capturing as poignantly as Surprised by Joy did his spiritual journey. I am just about to finish reading Lewis’ letters. I am in July, 1963, and he does not know it yet, but he is about to die. Throughout the entire collection, despite most of the letters being quite brief, what Lewis’ letters lack in (some of) the poetic qualities of his books, they make up for in narrative joy, spiritual energy, and curiosity-driven ideas.

I have, at home in a box I treasure, some love letters from my wife in our early years. I also have some letters from a European friend, Emilie—meaningful expressions of teen spirituality and biblical faith from a good friend. I also have a few other momentos, such as graduation notes and sympathy cards.

But I have nothing I’ve written myself, partly because I never thought of keeping them, but mostly because I never actually wrote them. I intended to write—I really wanted to. I even wrote letters I never sent, which I may one day find between the pages of textbooks or a file somewhere.

Typically, though, didn’t write them at all. My correspondence continues today with social media and in-real-life visits with friends as we move throughout the world. Besides an interesting digital conversation I have with a friend that has extended for several years and consists mostly of brief notes making fun of the world around us, I am a failed letter-writer in an age when people don’t send letters anyway.

Instead of a great corpus of written letters, I have the burdensome responsibility of email—the mounting, pressing evil of digital sludge that fills my inbox with bold demands for my time. I hate email—and now facebook messaging, which is starting to replace it. There is always another note to read, another project to finish, another Nigerian investment program to send all my money to. Email, to me, is the used bathwater of my work: tepid, tainted, what’s left over when the meaningful work is done.

To the degree that I hate electronic mail, I love snail mail—what, I suppose, we used to just call “mail.” I still love going to the mailbox, even though it is typically filled with bills. Now that they have ceased home mail delivery and I have to walk through our community to get these letters, I find the receipt of a real letter a heightened sense of nostalgia. Even as an adult I still have this romantic notion of mail—fuelled, perhaps, by the central role “the post” plays in the Harry Potter series and my own work in letters—and I read this romance with mail back onto Lewis. Even as I explore his letters, I am reading them slow enough to allow the story to tread forward naturally, but quickly enough to keep the correspondence in my mind. In slowing down the experience, I imagine that I am reproducing the slow movement of the post in the last century, when the experience of letter writing was so different.

And in this romance I see Lewis sitting at his desk—beneath a window, perhaps—with soft morning light streaming into a dark room, scratching out replies on his Magdalene College stationary, pleasantly sharing his wit and wisdom with the precious few that were invited in.

But this serene image is nothing of what Lewis actually experienced in his letter writing. He received an unreal amount of letters, particularly after his Screwtape Letters—a demonic correspondence of the first order—was published. And Lewis felt honour-bound to respond to the letters he received. It was, for him, a great burden. In Surprised by Joy, Lewis said that

“it is an essential of the happy life that a man would have almost no mail and never dread the postman’s knock” (143).

Certainly, Lewis wrote letters that were a joy for him, like those to his oldest friend, Arthur Greeves. His Letters to Children are quite engaging and he had a genuine friendship develop with his Letters to an American Lady. He traded letters with authors like Arthur C. Clarke, J.R.R. Tolkien, Dorothy L. Sayers, and T.S. Eliot, seeming to have received as much as he had given with some of his correspondents. But as he describes Easter as a very dark time because “everyone writes to me at Easter” (Apr 17, 1954)–and his comments on Christmas letters are worse–I get the sense of grim resolution rather than quiet morning pleasure when it comes to Lewis and most of his letter writing.

It strikes me that the way Lewis feels about his unexplainable need to respond to the deep burden of his letter writing actually sounds very much like my own distaste for email. I wake up in the morning and obediently tackle the email I dread—yes, “dread” is the right word for it, dreading not the postman’s knock but the Windows doorbell of the same measure. By all accounts, it seems like Lewis did the same.

Perhaps the digital age hasn’t made that much difference after all.

“A Pilgrim in Narnia” is a blog project in reading and talking about the work of C.S. Lewis, J.R.R. Tolkien, and the worlds they touched. As a "Faith, Fantasy, and Fiction" blog, we cover topics like children’s literature, apologetics and philosophy, myths and mythology, fantasy, theology, cultural critique, art and writing. This blog includes my thoughts as I read through Lewis and Tolkien and reflect on my own life and culture. In this sense, I am a Pilgrim in Narnia--or Middle Earth, or Fairyland. I am often peeking inside of wardrobes, looking for magic bricks in urban alleys, or rooting through yard sale boxes for old rings. If something here captures your imagination, leave a comment, “like” a post, share with your friends, or sign up to receive Narnian Pilgrim posts in your email box. Brenton Dickieson is a father, husband, friend, university lecturer, and freelance writer from Prince Edward Island, Canada. You can follow him on Twitter, @BrentonDana.
View all posts by Brenton Dickieson →
This entry was posted in Reflections and tagged art of letter writing, Arthur C. Clarke, C.S. Lewis, Collected Letters of C.S. Lewis, Dietrich Bonhoeffer, Dorothy L. Sayers, E.B. White, J.R.R. Tolkien, james thurber, letter collections, T.S. Eliot. Bookmark the permalink.