Battling a Mountain of Neglects with J.R.R. Tolkien

Posted on November 22, 2016 by Brenton Dickieson 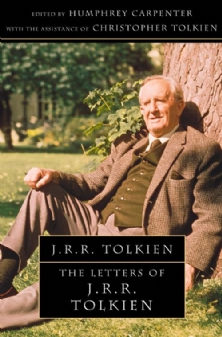 In my morning reading of J.R.R. Tolkien, I came across this note to his publisher, Stanley Unwin:

“I have treated you very badly. I think you would be disposed to forgive me, if you knew the true tale of my troubles, domestic and academic….

“I have been ill, worry and overwork mainly, but am a good deal recovered; and am at last able to take some steps to see that at least the overwork, so far as it is academic, is alleviated. For the first time in 25 years, except the year I went on crutches (just before The Hobbit came out, I think), I am free of examining, and though I am still battling with a mountain of neglects, out of which I have just dug a good many letters from George Allen and Unwin, and with a lot of bothers in this time of chaos and ‘reconstruction’, I hope after this week actually to – write” (July 21st, 1946).

It was this phrase, “a mountain of neglects,” that caught me up short. I have been in constant battle with this mountain, and I have been losing. Tolkien helped me find a metaphor—albeit a mixed one—that captured the weight of my struggle.

The last time we encountered the idea of “neglect” in Tolkien it was something entirely different. In “The Shocking Reason Tolkien Finished The Lord of the Rings” I talked about a tipping point in 1938 that finally got the “New Hobbit” on its way. In a busy period, Tolkien finally succumbed to a “sanctioned neglect of duty” and took a few days off. The result was an inspiration for a sequel to the bestselling Hobbit that would set the framework in place for The Lord of the Rings. A little space and time allowed Tolkien to quickly set in place about two-thirds of LOTR.

“Quick” for Tolkien, though, is still very slow for the waiting world. Perhaps we forget how long that time was as we can pick LOTR up at most any bookstore—used, new, or digital. As time went on, Tolkien lost that early momentum, though it wasn’t all procrastination.

If Tolkien thought he was busy in the late 30s, he could not have anticipated how overwhelmed he would become during the war that was ahead. Tolkien’s letters in the early ‘40s are soaked with worry about his sons at war in Europe and Africa, as well as the bulk of work at home and school that kept him from his real work (academic and literary writing, but especially the Legendarium). A letter to Unwin in March 1945 is typical of Tolkien’s apologies for having missed deadlines:

“I have ‘special exams’ until Easter, and some trouble with the University of Wales. Also all the trouble caused by the death of my colleague, H.C.K. Wyld, to find whose successor will chiefly devolve on me this vacation. I am in trouble with Blackwell who has set up my translation of Pearl, and needs corrections and an introduction. I am in trouble with the widow of Professor E.V. Gordon of Manchester, whose posthumous work on Pearl I undertook, as a duty to a dead friend and pupil, to put in order; and have failed to do my duty. But I suppose I may get a few weeks in the year to myself. Though I’m also in serious trouble with the Clarendon Press; and with my lost friend Mlle. Simonne d’Ardenne, who has suddenly reappeared, having miraculously survived the German occupation, and the Rundstedt offensive (which rolled over her) waving the MSS. of a large work we began together and promised to the Early English Text Soc. Which has not forgotten it – nor my own book on The Ancrene Riwle, which is all typed out. If instead of B.D.S.T. [British Daylight Savings Time] you could invent a scheme for doubling the day (and relieve me of house-boy’s duties), I’d drown you in stuff….

That burdened paragraph with monstrous sentences shows the weight of Tolkien’s tasks. As far as I know, none of these tasks were complete that decade, or even the next. The Lord of the Rings, which is 75% complete at this point, takes at least another 5 or 6 years to get to the point where he can show it to the publisher.

Imagine being so far behind, so burdened with projects and work and absolute necessities that you aren’t certain you can meet a deadline by the end of the decade.

Although I could not have imagined it could be this way, that is exactly how I feel.

On the surface, I am surprised to find myself here. I have typically been capable of balancing the tasks of study, writing, teaching, and my work as a consultant in higher education for the provincial government. It never leaves me enough time to write—what writer has enough time to write?—and no time to move my work to publication. When I am busy, I end up taking fewer risks as a teacher, and my at-home “to-do” list grows to Grendelish size. With the support of friends and family and church, though, I have kept the chaos to a minimum.

But in this season, the mountain of neglects threatens to bury me completely.

Part of my problem is that I have simply over-committed. I find it hard to pass up teaching opportunities, and in my government work I have only taken on tasks that I think are both meaningful and difficult. I agreed to being a conference speaker in the Spring and did extra archival work in June and August. I have filled up my time past the brim.

There is also the matter of timing. At the very moment when student papers are due, I find that I am at a critical point in my PhD research, I have legislation being introduced in the PEI legislature, the final draft of a Population Growth Strategy I am writing is going to cabinet this week, and I am past deadline on two academic writing projects. I have never missed hard deadlines before, but I find myself simply unable to keep up. “Then, besides all this, I have the daily burden of my concern for all the churches.” And so the burden goes.

As I count the peaks on this mountain range of neglect, I realize there is more than sheer over-commitment in the mix. My exhaustion is not merely about work. What should be relatively minor rockslides have occurred twice this Autumn—once with an ill-timed cold; more recently when I threw out my back and spent a week alternating between the sharp clarity of constant pain and the dull nauseating fog of treatment.

And behind all of these rockslides and avalanches there is the seismic event that shapes them all: the death of my mother this past February. My mother’s cancer—her all-encompassing illness and her untimely death—was followed by a family health scare that winded me even more.

Part of this is practical and will seem trite to some, I know. But the reality remains that in her too brief 8-months from diagnosis to passing, my work slowly piled up on the edge of my desk. It never goes away; some of it is waiting still. 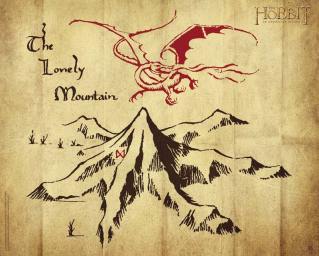 What amazes me, though, is not the practical but the spiritual. While at any moment of the day I may be happy, or introspective, or useful, I have been months without the kind of energy, clarity, and focus that I am used to. It isn’t like my core processor is damaged, but that my RAM has been cut in half. My brain is less lithe, my faculties less acute, my capacity for challenge choked at some unseen point in the background. I search for words and cannot find them. My journal lays almost unused on its shelf. Emails remain unanswered for far too long.

I do not lack friends, love, or support. And, yet, I am walking wounded. Just when I feel I can lift my eyes to the mountain of work, a storm blows through the valley and I flee for shelter.

So it was encouraging for me to turn to this passage in Tolkien’s letters. When I read his note, when I see the pain he is experiencing, I have the benefit of the God’s-eye view of history. I can see down the road that is not yet even a dim resemblance of a path for him. I know where his work goes, and how the precious hours he stole from his commitments—hours that seemed impossible to find at the time—inspired millions of readers. Though he did not complete The Lord of the Rings by the end of that decade, the 1950s—with LOTR at the centre of them—redefined the nature of fantastic writing forever.

Mountains are climbed by steps. Books are written by words. I know that the brush of these fingers across this keyboard will somehow become a policy book, a strategic plan, a novel, a paper, a thesis. While I don’t have a God’s-eye view of my own history, there is One who does. And for that One, the rise and fall of mountains across aeons of geology is, in the cosmic view of things, a light morning’s work.

“A Pilgrim in Narnia” is a blog project in reading and talking about the work of C.S. Lewis, J.R.R. Tolkien, and the worlds they touched. As a "Faith, Fantasy, and Fiction" blog, we cover topics like children’s literature, apologetics and philosophy, myths and mythology, fantasy, theology, cultural critique, art and writing. This blog includes my thoughts as I read through Lewis and Tolkien and reflect on my own life and culture. In this sense, I am a Pilgrim in Narnia--or Middle Earth, or Fairyland. I am often peeking inside of wardrobes, looking for magic bricks in urban alleys, or rooting through yard sale boxes for old rings. If something here captures your imagination, leave a comment, “like” a post, share with your friends, or sign up to receive Narnian Pilgrim posts in your email box. Brenton Dickieson is a father, husband, friend, university lecturer, and freelance writer from Prince Edward Island, Canada. You can follow him on Twitter, @BrentonDana.
View all posts by Brenton Dickieson →
This entry was posted in Reflections and tagged fantasy, J.R.R. Tolkien, letters, Lord of the Rings, Pearl, PhD Research, The Hobbit. Bookmark the permalink.

27 Responses to Battling a Mountain of Neglects with J.R.R. Tolkien