“(Re)Considering the Planet Narnia Thesis”: My Article in An Unexpected Journal

Posted on December 7, 2018 by Brenton Dickieson

Popular readers of C.S. Lewis and A Pilgrim in Narnia may be surprised that I have not been won over by Michael Ward’s thesis in Planet Narnia. It is an elegant, sophisticated, symmetrical, and well-argued idea about how C.S. Lewis constructed The Chronicles of Narnia. It is also, I think, one of the most important resources we have for reading Narnia.

I just happen to think his thesis is wrong.

Readers are often puzzled by my response as they are obviously won over by the beautiful synchronicity of Ward’s argument. “How can you not believe this?” I am asked when people find out that I don’t believe Michael’s argument in The Narnia Code and Planet Narnia. Often enough, people are baffled. One person cried, though people are usually more curious than anything else.

It is true, I am not won over. I have not voiced abroad my concerns about the work, but neither have I kept it as a secret. The academic world of Lewis studies, which is pretty small and supportive, has apparently picked up my thoughts. When they wanted to celebrate the 10th anniversary of Planet Narnia, the editors of An Unexpected Journal reached out to me for a response to the book. Most of the articles in celebration volume are laudatory (as one would hope), and they wanted a counterpoint from someone who was not won over. 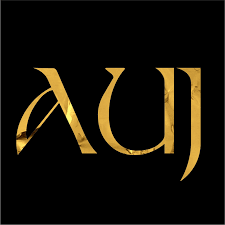 Now, there are plenty of reasons why I should not write such an article.

First, the Lewis studies world is tiny. By example, I was having dinner with Michael Ward in Oxford just a few hours after I polished off my rough draft of the article. It was a good dinner and we were part of a good discussion afterward. I am friends with his friends. I like the work he does and the contribution he has made. Why would I take him on?

Second, An Unexpected Journal has an interesting core design. Here is the first line of their About page:

An Unexpected Journal is the endeavor of a merry band of Houston Baptist University Master of Arts in Apologetics students and alumni.

If you take a look at the last few editions, they have done some pretty interesting things. They have taken literature, pop culture, and theology and elevated the student conversation beyond a blog collective to an engaging e-zine. Well done.

But notice who teaches in the MA program at HBU? 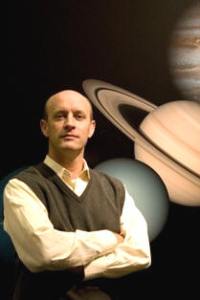 That’s right, this guy: Michael Ward. The AUJ editors (and many of the readers) are students of Prof. Ward.

Third, I don’t want to take time in my life to be a controversialist. I don’t have time, frankly. And I don’t like the feeling of controversy. It eats at my mind. I worry about it. The disagreement sits in my gut. There are loads of wonderful fans of Michael’s books, films, classes, and podcasts who have been transformed by his work. The idea of disappointing them–or looking like I’m trying to slay their friend and master–sits poorly with me.

Moreover, as an emerging scholar, my choice to take on a leading light in the field is a bit peculiar. Asking for trouble is not wise.

So why did I do this thing? My reasons are weak but numerous. 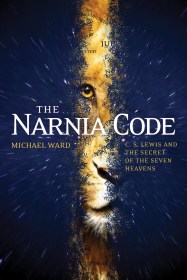 First, frankly, I was won over by the title of the collective project, An Unexpected Journal. Very cool, and I have thought of submitting something for some time. I imagined it would be an Inklings inspired poem or speculation, but they approached me about the PN celebration edition.

Second, I am not being sardonic or falsely gracious when I say that Planet Narnia is an essential reading resource for Narnia. Not just Narnia, actually. I think it is even more valuable as a resource for the Ransom Cycle. I hope, actually, to someday teach a high school semester of English using The Narnia Code and the Chronicles. Planet Narnia has helped me clarify my thoughts about C.S. Lewis’ work and helped me root myself more deeply into the soil of Lewis’ imagination. In short, Michael’s work has helped me read closely and can help others to do the same.

So in writing, I am not just honouring Michael’s work, but suggesting where we can move forward with it. I think there is a better way to read Michael’s “data”–a better way to put the text of Narnia in conversation with the medieval world that gives light and colour to much of the work. 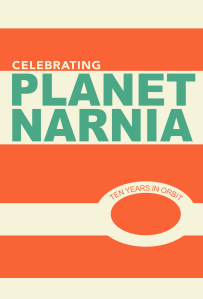 Third, I had already organized a series of blog posts for January and February 2019 where I break down the different parts of the argument. Basically, I had the article written when the request came in. An Unexpected Journal showed up and gave me a chance to publish a 4000-word argument in a single article. Then I can use my blog to attend to various parts of the thesis, hopefully in conversation with the other contributors and readers.

So this article works well to launch a Considering the Planet Narnia Series. In 2019, I will be dealing with questions like:

Then I will open the blog to you, dear readers, so you can show me why I am still wrong.

Because of interest, partnership, helpfulness, and the hope to honour in disagreement–these are the reasons I took on this task. Meanwhile, I hope that you will look at the 2018 Advent edition of An Unexpected Journal, where you will see some guest bloggers to A Pilgrim in Narnia, as well as authors we’ve discussed here. Perhaps you can even turn the digital page to my own article, “(Re)Considering the Planet Narnia Thesis.” Perceptive readers of Planet Narnia will see some puns that I’ve hidden throughout the piece, including the title. I hope you enjoy, and maybe I’ll win a few over to my dark side. Even if I don’t, I do hope that I help people in critically considering how we read, how we do research, and the way we deepen our reading of a classic text.

“A Pilgrim in Narnia” is a blog project in reading and talking about the work of C.S. Lewis, J.R.R. Tolkien, and the worlds they touched. As a "Faith, Fantasy, and Fiction" blog, we cover topics like children’s literature, apologetics and philosophy, myths and mythology, fantasy, theology, cultural critique, art and writing. This blog includes my thoughts as I read through Lewis and Tolkien and reflect on my own life and culture. In this sense, I am a Pilgrim in Narnia--or Middle Earth, or Fairyland. I am often peeking inside of wardrobes, looking for magic bricks in urban alleys, or rooting through yard sale boxes for old rings. If something here captures your imagination, leave a comment, “like” a post, share with your friends, or sign up to receive Narnian Pilgrim posts in your email box. Brenton Dickieson is a father, husband, friend, university lecturer, and freelance writer from Prince Edward Island, Canada. You can follow him on Twitter, @BrentonDana.
View all posts by Brenton Dickieson →
This entry was posted in Original Research, Reviews, Thoughtful Essays and tagged An Unexpected Journal, C.S. Lewis, Michael Ward, Narnia, Planet Narnia, The Narnia Code, writing. Bookmark the permalink.

51 Responses to “(Re)Considering the Planet Narnia Thesis”: My Article in An Unexpected Journal