This is Not the Apocalypse You Are Looking For, but You Might Like the Novel: A Review of “All the Animals on Earth” by Mark Sampson

Posted on October 29, 2020 by Brenton Dickieson 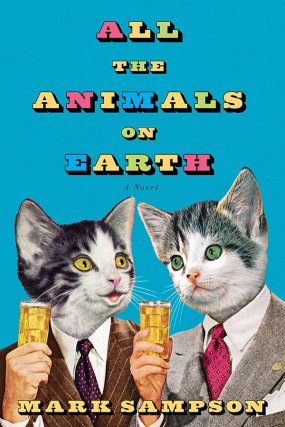 All the Animals on Earth is a novel by Mark Sampson that I managed to squeeze between the “have-to” reads of my fall semester–a sheer, irresponsible “just because” book. I have admitted that I am something of a fan of Sampson’s work, and have offered two in-depth reviews here on A Pilgrim in Narnia–The Slip and Sad Peninsula–even though they fall outside the scope of my normal work (except in the sense that they are examples of Canadian literature). As I expected, this brand new novel was a fun, raucous read–relatively quick-moving, with something of a soft touch in the end that manages to blunt the edges of the sheer weirdness of the book.

And this story is pretty weird. In his growing catalogue of work, All the Animals on Earth is definitely closer to The Slip in that Sampson is showing himself as a humorist. As in Sampson’s other novels, you have a moderately insecure and partially clueless male protagonist, dancing down the narrow blade of competing disasters toward a deeper sense of himself and his relationships–usually a partner somewhat out the protagonist’s league. All the Animals on Earth is, though, somewhat of a departure and demonstrates that this is an author clearly invested in following the story where it leads.

All the Animals on Earth is a single-invention SF novel, where all of the action and tension tumbles out from a pretty fantastic scientific development. In a future Malthusian world where populations are thinning and the world is caught in a neverending economic recession and social desert, scientists invent a way to grow animals into sentience–a print-on-demand technological solution to a long-term social problem. Disastrously, though, the effects of this technology escape into the atmosphere, suddenly transforming two-thirds of the world’s birds and mammals into human beings.

Totally plausible. I have followers on Twitter that have warned me of this sort of thing. 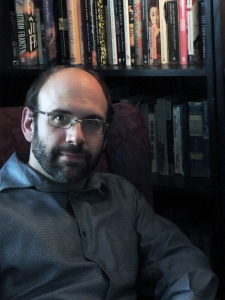 The end result is that the protagonist, Hector, finds himself in a chaotic and ever-changing social environment that he just doesn’t want to be part of.

As the beasts grow into human being, they keep many of the characteristics that they had in the animal kingdom. Peculiarly, this means that there is a sudden supply of specialized workers who have superhuman abilities to sort, file, lead, write, build, corral, and otherwise contribute to the workplaces all around. Pigeons, camels, cats, dogs, and bears keep something of their pigeony, camely, canine, feline, and ursine natures even as they look (mostly) human. Just a few months after pullulation–the sudden emergence of beast-men that increase the population tenfold or a hundredfold–HR manager Hector finds everything he loves about work changes into a bureaucratic jungle.

And if you think through the logic of this animalistic revolution, there are other consequences. Animals mate everywhere, at any time, tumbling together with their perfect bodies and monstrous genitalia, radically transforming what it means to take a nice walk by the lake or go out to a club after work. There are also brutal acts of violence on the margins of the new culture–set in tension with a human “norm” population too tired or disgusted or disinterested to consider the ethics of the new world where they are now minorities with a very tenuous majority power. 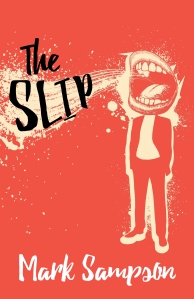 What was the most effective part of All the Animals on Earth for me as a reader was Sampson’s ability to pull me into sympathy with the increasingly disagreeable protagonist. I itched to be out of the world that Sampson created as much as I wanted Hector to find a way to succeed. I would have been disappointed if at the end of the novel we all found out that it was a crazy dream, and yet I kind of wished it was. I felt so badly from the humans in this urban jungle while I found myself entirely drawn into the story.

And just in case this is sounding familiar, this book was sent to print before COVID-19 lockdowns and the charlie-foxtrot that 2020 has become. All the Animals on Earth is surprisingly relevant as we find ourselves in social moments we haven’t wished for, and find that there’s nowhere to escape to.

Considering the novel as speculative fiction, fantasy and science fiction readers might show some impatience on this point. That is partly why the book dances between 4 and 5 stars for me–5 stars in terms of an entertaining and imaginative tale; 4 stars in terms of building the speculative universe. 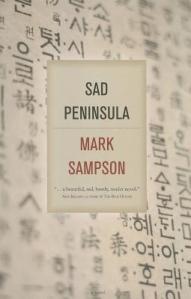 However, there is some intriguing consistency in the dynamics of world-building despite the gargantuan (and, I presume, intentional) gaps in the fictional world. Sampson manages to create an apocalyptic tale both before and after the catastrophe, pullulation. Before the animals exploded into humanity, it was what I call a “lamepocalypse”–a world that has fallen apart because of sheer idiocy, boredom, or social stagnation. This is T.S. Eliot’s “whimper” rather than a “bang.” But after the animals appear in a housing development near you, there is a new kind of apocalypse: a catastrophic revolution of culture without a design, leading to a splintering of North America in ways that are familiar to post-nuclear holocaust tales.

This aspect of the novel is pretty skillful–and even more rewarding paired with the books on Hector’s bedside table.

Despite its great points, I did find myself longing for Sampson’s literary creation of The Slip. It was a smarter book with incisive humour offering subtle cultural criticism. All the Animals on Earth is surprisingly moralistic when you have a chance to step back and think about it. But it feels less restrained to me, unhinged–uncaged, if I can use an image from the content.

But even a few days after finishing the novel, I find myself thinking about it. I wonder if it is a world too limited on the page. I wonder if a Netflix-like serial might be a better imaginative landscape for the New America before us.

I’m not sure. In any case, All the Animals on Earth was exactly what I was looking for: a well-written and fun read. I would encourage you to pick it up at a local bookseller before, you now, the next end of the world comes around. 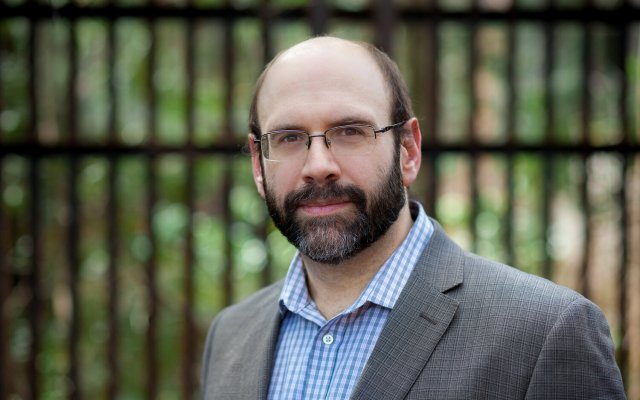 “A Pilgrim in Narnia” is a blog project in reading and talking about the work of C.S. Lewis, J.R.R. Tolkien, and the worlds they touched. As a "Faith, Fantasy, and Fiction" blog, we cover topics like children’s literature, apologetics and philosophy, myths and mythology, fantasy, theology, cultural critique, art and writing. This blog includes my thoughts as I read through Lewis and Tolkien and reflect on my own life and culture. In this sense, I am a Pilgrim in Narnia--or Middle Earth, or Fairyland. I am often peeking inside of wardrobes, looking for magic bricks in urban alleys, or rooting through yard sale boxes for old rings. If something here captures your imagination, leave a comment, “like” a post, share with your friends, or sign up to receive Narnian Pilgrim posts in your email box. Brenton Dickieson is a father, husband, friend, university lecturer, and freelance writer from Prince Edward Island, Canada. You can follow him on Twitter, @BrentonDana.
View all posts by Brenton Dickieson →
This entry was posted in Reviews and tagged apocalyptic literature, Canadian literature, Mark Sampson, post-apocalyptic, Sad Peninsula, The Slip. Bookmark the permalink.

7 Responses to This is Not the Apocalypse You Are Looking For, but You Might Like the Novel: A Review of “All the Animals on Earth” by Mark Sampson