Posted on August 8, 2013 by Brenton Dickieson 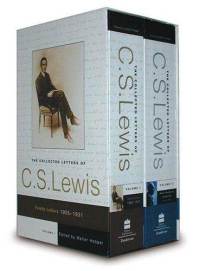 One of the reasons I like reading C.S. Lewis’ letters is that I get to see hints of ideas that will one day become books. Except for some time in his 20s, we don’t have Lewis’ diaries, and most of his notebooks aren’t published. So what we have most to go on are the little ideas that pop up in his letters to friends, colleagues, and fans.

One of the friends is Leo Baker, a teacher and Anthroposophist that Lewis had gone to Oxford with.  In a letter talking about Lewis’ The Allegory of Love, Jun 24th, 1936, after a hilarious self-deprecating slice at his own work, Lewis wrote to his friend:

I am greatly distressed to hear that you are still suffering….

I must confess I have not myself yet got beyond the stage of feeling physical pain as the worst of evils. I am the worst person in the world to help anyone else to support it. I don’t mean that it presents quite the intellectual difficulties it used to, but that my nerves even in imagination refuse to move with my philosophy. In my own limited experience the sufferer himself nearly always towers above those around him: in fact, nothing confirms the Christian view of this world so much as the treasures of patience and unselfishness one sees elicited from quite commonplace people when the trial really comes. Age, too–nearly everyone improves as he gets old, if this is a ‘vale of soul making’, it seems to, by round and by large, to be working pretty well. Of course I can’t hazard a guess why you should be picked out for this prolonged suffering.

I am told that the great thing is to surrender to physical pain–I mean not to do what’s commonly called ‘standing’ it, above all not to brace the soul (which usually braces the muscles as well) not to try to ignore it: to be like earth being ploughed not like marble being cut. But I have no right to discuss such things on the basis of my very limited experience.

In these words, we see the beginnings of Lewis first apologetics book, The Problem of Pain (1940). It has the elements of Christian thinking about pain with Lewis’ own admission that thinking about pain as a philosophical problem is a lot different than actually living through it.

“when pain is to be born, a little courage helps more than much knowledge, a little human sympathy more than much courage, and the least tincture of the love of God more than all” ( Preface to The Problem of Pain).

The germ of some of Lewis’ characters also appear in his letters. In a June 1937 letter to Dom Bede Griffiths–a student of Lewis’ who became a monk–we see the character of Weston from Out of the Silent Planet: a megalomaniacal genius who would sacrifice the environment or humans or the people of other worlds in order to extend the idea of the human race.

I was talking the other day to an intelligent infidel who said that he pinned all his hopes for any significance in the universe on the chance that the human race by adapting itself to changed conditions and first planet jumping, then star jumping, finally nebula jumping, could really last forever and subject matter wholly to mind.

When I said that it was overwhelmingly improbable, he said Yes, but one had to believe even in the 1000th chance or life was mockery. I of course asked why, feeling like that, he did not prefer to believe in the other and traditional ‘chance’ of a spiritual immortality. To that he replied–obviously not for effect but producing something that had long been in his mind–‘Oh I never can believe that: for if that were true our having a physical existence wd. be so pointless.’ 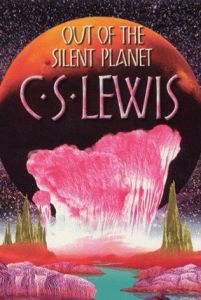 A study could be made of all the idea-seeds that appear in Lewis’ letters. He was a percolator, someone who would have an idea and let in roll around his brain for awhile. He would jot notes down, make false starts on stories and lectures, and write poems in the margins. And, of course, he would test his ideas out on others.

Which, of course, leaves a trail for all of us.

“A Pilgrim in Narnia” is a blog project in reading and talking about the work of C.S. Lewis, J.R.R. Tolkien, and the worlds they touched. As a "Faith, Fantasy, and Fiction" blog, we cover topics like children’s literature, apologetics and philosophy, myths and mythology, fantasy, theology, cultural critique, art and writing. This blog includes my thoughts as I read through Lewis and Tolkien and reflect on my own life and culture. In this sense, I am a Pilgrim in Narnia--or Middle Earth, or Fairyland. I am often peeking inside of wardrobes, looking for magic bricks in urban alleys, or rooting through yard sale boxes for old rings. If something here captures your imagination, leave a comment, “like” a post, share with your friends, or sign up to receive Narnian Pilgrim posts in your email box. Brenton Dickieson is a father, husband, friend, university lecturer, and freelance writer from Prince Edward Island, Canada. You can follow him on Twitter, @BrentonDana.
View all posts by Brenton Dickieson →
This entry was posted in Letters, Memorable Quotes and tagged books, C.S. Lewis, Collected Letters of C.S. Lewis, ideas, letters, literature, Out of the Silent Planet, Ransom Trilogy, The Problem of Pain, writing. Bookmark the permalink.