An Incredible List of Faerie Books (by J. Aleksandr Wootton)

It’s Myth and Legend Week here on A Pilgrim in Narnia (see “On Leprechauns” and “CSL and the Music of the Spheres“). J. Aleksandr Wootton is the author of the Fayborn series, a modern, urban threshold fantasy trilogy. I’ve read the first book, Her Unwelcome Inheritance, with great enjoyment. This is the fairy tale for true lovers of faerie, laced with references to Narnia, Middle Earth, and a dozen other imaginary worlds. Mr. Wootton includes at the end of Her Unwelcome Inheritance an incredible reading list. It is really about showing his hand, revealing the imaginative sources of his creation. But it also makes a great reading list for fantasy lovers. I look forward to reading them all, and pleased that he allowed me to re-post them (from here).

Readers of my Fayborn novels know that the story begun by Her Unwelcome Inheritance is a story full of other stories. As my namesake character in the novel puts it,

“The more stories I study, the more I become convinced that there is only one story; and that we are, all of us, engaged in telling it.”

At the back of each Fayborn novel is a “Further Reading” Appendix. I included it both as a way to acknowledge the great storytellers and explorers of Faerie whose works have profoundly influenced my own, and as a way of introducing readers to those masters or helping them remember why certain phrases, people, and scenes in HUI and its sequels, The Eighth Square and the forthcoming A First or Final Mischief, may seem uncannily familiar.
Here is that reading list, so far. Titles are listed in the approximate order in which they are mentioned or otherwise referenced by the Fayborn books; titles by the same author are listed together only when referenced together.
A Midsummer Night’s Dream, by William Shakespeare

Dracula, by Bram Stoker
The Screwtape Letters, by C. S. Lewis
The Magician’s Nephew, by C. S. Lewis
Lilith, by George MacDonald
Grimm’s Fairy Tales, by the Brothers Grimm
Alice’s Adventures in Wonderland, by Lewis Carroll
Stories from Times Past, by Charles Perrault
Just-So Stories, by Rudyard Kipling
The Princess Diaries, by Meg Cabot
The Faerie Queene, by Edmund Spencer
Metamorphoses, by Ovid
The Odyssey, by Homer
The Prose Edda, by Snorri Sturluson
The Name of the Rose, by Umberto Eco
The Lion, The Witch, and the Wardrobe, by C. S. Lewis
The Hobbit, by J. R. R. Tolkien
A Wizard of Earthsea, by Ursula K. Le Guin
The Last Unicorn, by Peter S. Beagle
Harry Potter and the Sorcerer’s Stone, by J. K. Rowling
The Aeneid, by Virgil
Russian Fairy Tales, by Aleksandr Afanas’ev
In Search of Schrodinger’s Cat, by John Gribbin
The Wind in the Willows, by Kenneth Grahame
The Willows in Winter, by William Horwood
The Nutcracker and the Mouse King, by E. T. A. Hoffmann
The Stolen Child, by W. B. Yeats
The Tale of Peter Rabbit, by Beatrix Potter
Ben-Hur, by Lew Wallace 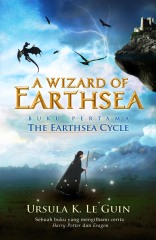 Tales from the Perilous Realm, by J. R. R. Tolkien
Nobel Lecture, by Aleksandr Solzhenitsyn
The Book of Joshua, unknown author
Someplace to be Flying, by Charles de Lint
Tremendous Trifles, by G. K. Chesterton
Coraline, by Neil Gaiman
Notes Towards the Definition of Culture, by T. S. Eliot
Historia Regum Brittaniae, by Geoffrey of Monmouth
Timaeus, by Plato
Orthodoxy, by G. K. Chesterton
The Selected Poems of Wendell Berry, by Wendell Berry
Through the Looking Glass, by Lewis Carroll
Jonathon Strange & Mr. Norrell, by Susanna Clarke
Anastasia Morningstar and the Crystal Butterfly, by H. J. Hutchins
20,000 Leagues Under the Sea, by Jules Verne
Girl Genius, by Phil and Kaja Foglio
The Tale of Mrs. Tiggy-Winkle, and The Tale of Mr. Jeremy Fisher, by Beatrix Potter
Tales of Oakapple Wood, by Jenny Partridge
Works and Days, by Hesiod
One Thousand and One Nights (unknown author)
Four Quartets, by T. S. Eliot
The Ballad of Thomas the Rhymer and Tam Lin, by Thomas the Rhymer
The Silver Chair, by C.S. Lewis
Calvin & Hobbes, by Bill Watterson
The Call of Cthulhu and Other Weird Stories, by H.P. Lovecraft
Sir Gawain and the Green Knight, author unknown

Andersen’s Fairytales, by Hans Christian Andersen
At the Back of the North Wind, by George MacDonald
Virginia Folk Legends, edited by Thomas E. Barden
The Illiad, by Homer
Germelshausen, by Friedrich Gerstacker
The Sketchbook of Geoffrey Crayon, Gent., by Washington Irving
Charlotte’s Web, by E. B. White
P.S. If this list resembles your bookshelf, nightstand, to-read list, curriculum, childhood favorites list, and/or wish list, why not give Her Unwelcome Inheritance a try? =)

“A Pilgrim in Narnia” is a blog project in reading and talking about the work of C.S. Lewis, J.R.R. Tolkien, and the worlds they touched. As a "Faith, Fantasy, and Fiction" blog, we cover topics like children’s literature, apologetics and philosophy, myths and mythology, fantasy, theology, cultural critique, art and writing. This blog includes my thoughts as I read through Lewis and Tolkien and reflect on my own life and culture. In this sense, I am a Pilgrim in Narnia--or Middle Earth, or Fairyland. I am often peeking inside of wardrobes, looking for magic bricks in urban alleys, or rooting through yard sale boxes for old rings. If something here captures your imagination, leave a comment, “like” a post, share with your friends, or sign up to receive Narnian Pilgrim posts in your email box. Brenton Dickieson is a father, husband, friend, university lecturer, and freelance writer from Prince Edward Island, Canada. You can follow him on Twitter, @BrentonDana.
View all posts by Brenton Dickieson →
This entry was posted in Fictional Worlds, Original Research and tagged C.S. Lewis, faerie, fairy tales, fantasy, George MacDonald, Harry Potter, J.K. Rowling, J.R.R. Tolkien, lion the witch and the wardrobe, literature, Middle Earth, myth, Narnia, The Hobbit, The Screwtape Letters, writing. Bookmark the permalink.

9 Responses to An Incredible List of Faerie Books (by J. Aleksandr Wootton)