What Did C.S. Lewis do on his Birthdays? An Eleventy-Sixth Birthday Inquiry that Failed

Posted on November 29, 2014 by Brenton Dickieson

On the occasion of his eleventy-sixth birthday, I thought I would replay a post I did on a previous birthday. Partly, it’s a way to capture this great thinker and writer on his birthday. It’s also partly to show deeply a good idea of mine can fail. And, partly, because it’s a pretty cool failure.

I thought, on his birthday, I would ask how intrepid author and academic C.S. Lewis spent his birthdays? It is great question. It was my goal to sit down and share some of the things that came out C.S. Lewis’ birthday letters.

And we should be able to figure it out with some accuracy. We have by my rough count about 3274 letters published, plus a few that have emerged since publication. Most of these—about 79%–he writes during his public career, 1939-1963. In the 2600 letters of that quarter century, a little over a hundred a year, we should expect at least a few letters that he sat down and wrote on his birthday.

In fact, we have none. 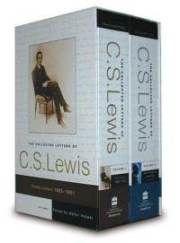 That’s right: in the entire period of C.S. Lewis’ career as a public intellectual, and in thousands of letters he wrote to friends, publishers, editors, family, critics and fans, none of them were written on his birthday.

The first was on the occasion of Lewis’ 18th birthday. We know he wasn’t looking forward to this occasion. On a Mar 7, 1916 letter to his best friend, Arthur Greeves, he wrote:

“…in November comes my 18th birthday, military age, and the ‘vasty fields’ of France…” 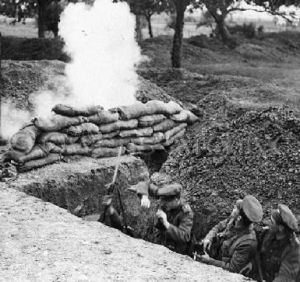 As it turns out, on his 18th birthday he was still not in active service, despite the fact that WWI was at its height. He was preparing for an Oxford scholarship exam. He writes to Arthur on or around his 18th birthday, but there is no word of war. Instead, his mind is on the “damnable exam,” and talked mostly about books and girls. In a chatty letter, he references Emily Bronte, Jane Austen, and Yeats, and recommends Nathaniel Hawthorne’s The House of the Seven Gables and Sir Walter Scott’s The Tales of a Grandfather. It is a letter full of inside jokes and teenage literary criticism.

By the next birthday, his whole life has change. Although he won a scholarship to University College, it was his time to go to war. In 1917 he began training as an infantryman, and C.S. Lewis crossed over to France on Nov 17th. On Nov 21st, Lewis writes to his father a note, ensuring him there is no need to worry. Then, on his 19th birthday, Nov 29th, 1917, Lewis is on the front line, the trenches of France.

1918 was an eventful year. By the time of his 20th birthday, he has been sick from trench fever, wounded seriously in war, and has had his first book of poetry accepted for publication. Most important of all, the war ended with the armistice agreement on Nov 11, 1918, and the threat of war no longer loomed over the young scholar. He was able to return to Oxford and begin his career.

Many thanks for your letter.  My own long silence has the cause (I wish it were also the excuse) which you suggest. I have got my evenings nearly full up this term. On Monday nights I entertain as many of my own pupils and other undergraduates as care to come and join in the reading of an Elizabethan play: I was driven to institute this because I saw no other way of persuading them to get through the enormous number of plays they are supposed to read (I am often tempted to curse the fertility of our Elizabethans).
On Wednesdays some of the junior pupils come to read Anglo-Saxon with me. The actual work is usually done by half past ten: but they are comfortably by the fire and like to sit on and talk–and after all, it is part of ones job to get to know them–so that evening is usually full up till midnight. Then there are functions which occur fortnightly: the Kolbitar or Icelandic Society, and a fortnightly philosophical supper with Hardie and some others.
None of these engagements is onerous in itself, indeed they are all agreeable: but when you add to them the inevitable interchange of invitations to dinner, an occasional visit, and an odd night when one is tired and goes to bed early, it leaves few evenings free in term time. My mornings are of course occupied with tutoring or preparation for it: and even my afternoons are sometimes invaded by a college meeting. a meeting of the Tutorial Board, or a meeting of the English Faculty. This is not to say that I am overworked: a labourer or a tram driver might justly describe all that I have enumerated as a round of strenuous idleness. But if I am as free as any man can hope to be from ‘work’ in the original and proper sense of drudgery (the curse of Adam), in revenge, I have as little leisure, in the sense of vacant time, as I can well have. 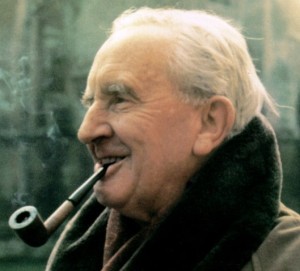 The rest of the letter is mostly about college politics. What’s interesting, though, is that Lewis’ Anglo-Saxon evenings became the popular—or infamous—“Beer and Beowulf” nights. And the Kolbitar meeting, the Icelandic Society, was J.R.R. Tolkien’s group. The Kolbitar, literally, “coal biters,” eventually became the Inklings, the literary society that encouraged both Lewis and Tolkien in their work.

And that’s it. Of nearly 4000 letters, two are possibly written on his birthday. And these may only be from that period around his birthday. This is a suspicious anomaly. What does it mean?

I was hoping I would come up with a grand conspiracy of some kind. C.S. Lewis’ birthday letters were suppressed, perhaps. But I’m afraid that the answer is most probably more mundane, and comes down to two principle reasons.

The first reason is one of simple time management. Lewis’ birthday falls in the Michaelmas term, and he was often busy lecturing and marking papers. Academics know how little extra work happens until those final exams are marked before Christmas, and C.S. Lewis was probably no exception.

But the second reason is probably the most powerful: C.S. Lewis, despite writing faithfully to as many people as he could, detested letter writing. Famously, Lewis said,

“it is an essential of the happy life that a man would have almost no mail and never dread the postman’s knock” (Surprised by Joy, 143).

Why don’t we have letters from Lewis’ birthday? I think he probably took the day off. By all accounts he did other work on that day—you can check out Joel Heck’s chronology for the details. But he didn’t write letters.

So, while this sort of ruins my post on C.S. Lewis’ 115th birthday, it is an intriguing discovery. What would Lewis want most on his birthday? Last year I suggested that he would like us to stop celebrating his birthday. But I suspect, most of all, he would want the postman to leave him alone. I suppose he has gotten his wish.

“A Pilgrim in Narnia” is a blog project in reading and talking about the work of C.S. Lewis, J.R.R. Tolkien, and the worlds they touched. As a "Faith, Fantasy, and Fiction" blog, we cover topics like children’s literature, apologetics and philosophy, myths and mythology, fantasy, theology, cultural critique, art and writing. This blog includes my thoughts as I read through Lewis and Tolkien and reflect on my own life and culture. In this sense, I am a Pilgrim in Narnia--or Middle Earth, or Fairyland. I am often peeking inside of wardrobes, looking for magic bricks in urban alleys, or rooting through yard sale boxes for old rings. If something here captures your imagination, leave a comment, “like” a post, share with your friends, or sign up to receive Narnian Pilgrim posts in your email box. Brenton Dickieson is a father, husband, friend, university lecturer, and freelance writer from Prince Edward Island, Canada. You can follow him on Twitter, @BrentonDana.
View all posts by Brenton Dickieson →
This entry was posted in Lewis Biography, Reflections and tagged birthday, C.S. Lewis, Emily Bronte, J.R.R. Tolkien, Jane Austen, Public Intellectual, Sir Walter Scott, writing, WWI. Bookmark the permalink.

5 Responses to What Did C.S. Lewis do on his Birthdays? An Eleventy-Sixth Birthday Inquiry that Failed