Posted on January 9, 2015 by Brenton Dickieson 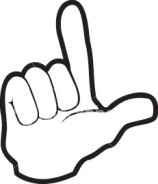 It’s fun to make “Best of” lists, like my “7 Super Awesome Posts of 2014.” The poison ivy of the WordPress statistics forest, however, is that you also know what posts were almost completely ignored. Some of these least viewed posts are probably worth letting slip into the digital undergrowth. In the tradition of last year’s survey of forgotten posts, “The Forgotten Posts: Blogs that I Liked But Apparently No One Else Did, or An Encouraging Read During a Difficult Writing Period, or, Longest. Title. Ever,” I thought I would highlight some of the posts that I thought were worth reading but are off the beaten path.

As I went through the stats, I noticed that whenever I post on Tolkien, I typically get about double the readers. So I included a missed Hobbit post that I thought was cool. On the flip side, when I post on more obscure writers, or on the writing process, stats go down. That’s okay. I write them anyway, and they make good candidates for this very special “Worst of” edition!

#7. “Leuven to Chester in 12 Hours (Live Tweeting Adventure).” This is a fun little post that got picked up by The Cadre but didn’t get a tonne of other readers. This is my European journey–a full day of train and bus travel, including an accidental viewing of Beowulf and the Beatles’ handwritten lyrics of “Yesterday”–all in Tweet language.

#6. “Affirming Creation in the Lord of the Rings.” Perhaps it isn’t that surprising that J.R.R. Tolkien’s books are so environmentally sensitive. Like Samwise, Tolkien loved things that grow. He loved walks–long walks beyond his garden through English towns and villages and vast, untouched countrysides. His Middle Earth writings are layered with a rich and expansive architecture of nature….

#5. “Touching Noses, A Marriage Proposal.” Clearly I was more struck by John Crowley’s Little Big than my readers were. A strange, difficult, longish, weird fairy adventure. However, there were lovely moments. “Touching Noses” is, I think, an elegant and childlike look at love. I would also encourage people to read “The Meadow Mouse Story.”

#4. “The Writer’s Spidey Sense.” I did a Writers Wednesday series in the Spring of 2014. While it was popular among bloggers, it seemed to leave some of the readerish readers behind. Still, this post, and “The Sea a Sham Born of Uniformity: On Subverting the Normal with Gene Wolfe,” are worth a second try.

#3. “On the Death of a Friend.” It’s probably not the most cheery title, but May 15th, 1945 was the day Charles Williams passed away. I celebrated it last year by posting a transcription of a handwritten copy of the poem from the archive. It has some slight differences from the final published version, and shows the importance of this friendship.

#2. “Art as a Battle, and a Dozen Other Things.” While Virginia Woolf is certainly not a forgotten writer, her novel To the Lighthouse is not her most popular. This little clip from that piece, though, elegantly shows us the difficult task of nailing down what writers or builders or painters do with the imaginative landscapes before them.

#1. “The Banality of Evil: A Thought by Terry Pratchett.” True, the title is probably a deterrent for this little post. I was evoking work by Hannah Arendt, where she demonstrates that it was normal people who perpetrated the holocaust, not just evil geniuses. As a lover of Discworld, I show here a little part where Pratchett’s great mind shows us deep things, as he so often does.

“A Pilgrim in Narnia” is a blog project in reading and talking about the work of C.S. Lewis, J.R.R. Tolkien, and the worlds they touched. As a "Faith, Fantasy, and Fiction" blog, we cover topics like children’s literature, apologetics and philosophy, myths and mythology, fantasy, theology, cultural critique, art and writing. This blog includes my thoughts as I read through Lewis and Tolkien and reflect on my own life and culture. In this sense, I am a Pilgrim in Narnia--or Middle Earth, or Fairyland. I am often peeking inside of wardrobes, looking for magic bricks in urban alleys, or rooting through yard sale boxes for old rings. If something here captures your imagination, leave a comment, “like” a post, share with your friends, or sign up to receive Narnian Pilgrim posts in your email box. Brenton Dickieson is a father, husband, friend, university lecturer, and freelance writer from Prince Edward Island, Canada. You can follow him on Twitter, @BrentonDana.
View all posts by Brenton Dickieson →
This entry was posted in Reflections and tagged Andrew Garfield, art, Banality of Evil, Charles Williams, creation, creation care, Discworld, evil, Hannah Arendt, J.R.R. Tolkien, Lord of the Rings, Spiderman, Terry Pratchett, To the Lighthouse, Virginia Woolf. Bookmark the permalink.