The Crash of Heart and Flesh, or Culture’s Confusion of Intimacy in 50 Shades of Grey

Posted on February 10, 2015 by Brenton Dickieson

Behind the hazy waves of light, distilled and fragmented with reds and blues and yellows and flashes of street and skin, one of the many storied voices of the 2004 film Crash says these words:

“It’s the sense of touch. In any real city, you walk, you know? You brush past people, people bump into you. In L.A., nobody touches you. We’re always behind this metal and glass. I think we miss that touch so much, that we crash into each other, just so we can feel something.”

His partner—a partner in all the ways he needs a partner except one—says to him:

“Graham, I think we got rear ended. I think we spun around twice, and somewhere in there, one of us lost our frame of reference. And I’m going to look for it.”

On the surface, writer-director Paul Haggis’ exquisite weaving together of heartbreak is about racism and violence. At its heart it is about intimacy. It is about touch.

In Crash the characters flounder for intimacy. Husband and wife live in a circle of blame and antagonism. The rich housewife discovers the woman she is too good for is the only one who loves her. The cop who keeps everyone at a distance seeks to find his mother within her addiction-ragged shell. The victim of racism finds his hatred, the street thug meets his bullet, the producer seeks his moment of authenticity.

And as gasoline drips around a burning car, the racist abuser presses his body against the trapped woman to save her life.

It is hard to kindle a fire that does not either raze the person or turn cold in the hearth.

In Canada, we have been struggling with the revelations that one of our most dearly loved public figures has … well, it is difficult to describe what he has done.

Perhaps I’ll begin with the connection.

Until recently, Jian Ghomeshi was the host of a daily arts and culture magazine on CBC radio called “Q.” A brilliant interviewer with a silken voice, Jian had the startling ability to disarm the guest and draw out poignant moments from the most inaccessible celebrities in the world. Perhaps most famous for his Billy Bob Thorton interview—which was amazing—it his time with Brian Wilson, Lily Allen, Joni Mitchell, and Cory Montief that still stands out to me. Jian had the incredible knack at creating intimacy with his guests.

And also with his audience. Over the decade that he was on the radio, my casual listening deepened into a ritual more like religion or relationship.

I had first heard Jian on tapes I pirated from my lid-flipping white-men-can-jump friend, Junior. The tapes were filled with these crazy acoustic sarcasta-songs by the satire troupe Moxy Früvous. When I was 16, I snuck into the campus bar—too young and $5 short—so I could see Moxy Früvous sing about Spiderman and “The King of Spain” and a dozen other goofy songs.

When Jian hit radio, he rocketed to Canadian fame and then to international note. He was someone with his finger always on the pop culture moment, massaging social media and dancing along red carpets in a bid to make a connection with his fans. To be retweeted by Jian Ghomeshi was a Canadian badge of honour. To be on his show was the height of the career for most of the indie artists he brought in. 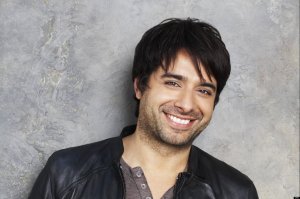 Once, I actually had the “letter of the day.” I wrote about our shame culture, and Jian read it on the radio. I may never have more influence in my life than I did in that one moment.

And then it fell apart. Last fall, Jian was abruptly fired by the CBC. Before the public knew about CBC’s reasoning, Jian hit facebook with a pre-emptive strike. This is part of what he wrote:

“I’ve been fired from the CBC because of the risk of my private sex life being made public as a result of a campaign of false allegations pursued by a jilted ex girlfriend and a freelance writer.”

“I have always been interested in a variety of activities in the bedroom but I only participate in sexual practices that are mutually agreed upon, consensual, and exciting for both partners.”

This is Jian’s “private life,” even if they “may be strange, enticing, weird, normal, or outright offensive to others.” 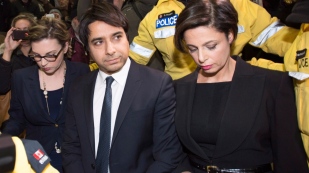 won’t relate all that followed. As the weeks pummeled on, first one woman, then two, then 8 or 9 came forward to say that their encounters with Jian were unexpected, non-consensual, and exciting only for him. He was accused again and again of crossing lines and stepping into modes of violence that were not mutual.

At the very least, Jian confused the intimacy that he had with his various partners.

I think our culture has a similar confusion of intimacy.

I don’t think it always tends to violence, as is what is alleged against Jian. But what is the TV series Friends but a 10-season saga of 6 beautiful people groping around for true intimacy? How do we explain rape culture on campuses, self-exposure trends on youtube, the front pages of celebrity magazines, and the constant, unending flow of autobiographical streaking that is twitter, facebook, and, yes, blogging?

Any astute reader will see that I had presumed a false intimacy with a voice on the other side of the radio. I still call him by his first name, and I haven’t really listened to CBC since.

We are a culture that has confusion of intimacy.

As we crash into one another, sharing beds and bodies and broken hearts, it seems we are in desperate need of a frame of reference.

Setting aside its abysmal writing, and setting aside the morality, 50 Shades of Grey—on screen and in print—is an avatar of our culture’s pathology. Its underlying story has two main features.

First, it believes that a woman can be saved by a man’s violence. This parody of the cross, this destruction of the self-giving love that every true lover shows his or her partner, this horrifying narrative gives power to the history of violence against women in our culture. The Dakota Johnson character of Anastasia will tell us the story that she can find freedom in violence.

It is not the subjection to violence that brings us freedom. Freedom only ever comes despite the violence.

Second, 50 Shades will attempt to teach us that true intimacy will grow out of the fiction of intimacy, that the brutality will somehow breed love. I have no doubt that stories of true intimacy can grow out of any circumstance. But moving from whipping to heart-sharing, from coldness to warmth between Christian Grey and Anastasia Steele—the names are not unimportant—is a pornographic version of the myth that we have woven into our culture.

We believe that touch comes first and intimacy comes second.

Then we decide that a kiss with a fist is better than none.

As long as we believe this, we will never cure ourselves of this pathological confusion of intimacy.

So we live our lives behind cold steel and broken glass.

I am not a prude. I believe that bodies are beautiful, that flesh is good, that sex is life-giving, and that love can transform the world. But in our culture we have divorced touch and intimacy. 50 Shades of Grey is the extreme of that divorce, but it is also the result of it. Once we strip sex of intimacy, where else is there to go?

All of us have lost our frame of reference. Where do we go to look for it.

“A Pilgrim in Narnia” is a blog project in reading and talking about the work of C.S. Lewis, J.R.R. Tolkien, and the worlds they touched. As a "Faith, Fantasy, and Fiction" blog, we cover topics like children’s literature, apologetics and philosophy, myths and mythology, fantasy, theology, cultural critique, art and writing. This blog includes my thoughts as I read through Lewis and Tolkien and reflect on my own life and culture. In this sense, I am a Pilgrim in Narnia--or Middle Earth, or Fairyland. I am often peeking inside of wardrobes, looking for magic bricks in urban alleys, or rooting through yard sale boxes for old rings. If something here captures your imagination, leave a comment, “like” a post, share with your friends, or sign up to receive Narnian Pilgrim posts in your email box. Brenton Dickieson is a father, husband, friend, university lecturer, and freelance writer from Prince Edward Island, Canada. You can follow him on Twitter, @BrentonDana.
View all posts by Brenton Dickieson →
This entry was posted in Reflections, Thoughtful Essays and tagged 50 Shades of Grey, BDSM, CBC, Crash (2004), Fifty Shades of Grey, Friends, intimacy, Jian Ghomeshi, pop culture, sex, social media, Theology of Culture, violence. Bookmark the permalink.

18 Responses to The Crash of Heart and Flesh, or Culture’s Confusion of Intimacy in 50 Shades of Grey