Posted on April 8, 2015 by Brenton Dickieson 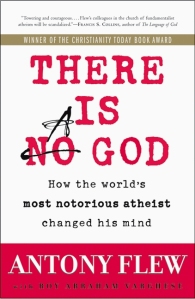 In There is a God (2007), Antony Flew tells the story of his philosophical conversion from atheism to deism, and finally to theism. Flew became famous as an atheist with this little paper, “Theology and Falsification” (1950), where he argued that religious claims are meaningless unless they can be disproved. The real meat of his work was in his philosophy of science and philosophy of religion work, which he talks about in There is a God, which is also a sort of memoir.  It was that early short essay, however, that spread his name the quickest and the furthest.

While at Oxford, Antony Flew attended meetings of the Socratic Club, whose President was C.S. Lewis. In this little excerpt, we get to see a view of the Socratic Club by someone who sat on the opposite side of the floor as Lewis. And although they had different perspectives–Flew the atheist philosopher and Lewis the Christian apologist–they shared the same principle: follow the evidence where it leads. We also get to see a bit about the Lewis-Anscombe debate, a controversial area in Lewis biography.

While he died before he converted to Christianity–or before he told us about it–Antony Flew was flirting with the Jesus movement, and included an appendix by New Testament scholar and retired Anglican bishop, N.T. Wright. He hints about that inclination at the end of this great little quote.

During my time as a graduate student supervised by Gilbert Ryle [at Oxford], I became aware that it was his obviously principled practice always to respond directly, person to person, to any objection made to any of his philosophical contentions. My own conjecture, although Ryle certainly never revealed this to me or, as far as I know, to anyone else, is that he was obeying the command that Plato in the Republic attributes to Socrates: 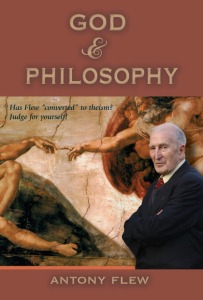 Among other things, this principle requires that every objection made person to person must also be met person to person. It is a principle I myself have tried to follow throughout a long and very widely controversial life.

This Socratic principle also formed the inspiration of the Socratic Club, a group that was really at the center of what intellectual life there was in wartime Oxford. The
Socratic Club was a lively forum for debates between atheists and Christians, and I was a regular participant at its meetings. Its redoubtable president from 1942 to 1954 was the famous Christian writer C. S. Lewis. The club convened every Monday evening during term time in the underground Junior Common Room of St. Hilda’s College. In his preface to the first issue of the Socratic Digest, Lewis cited Socrates’ exhortation to “follow the argument wherever it leads.” He noted that this “arena specially devoted to the conflict between Christian and unbeliever was a novelty.”

Many of the leading atheists at Oxford locked horns with Lewis and his fellow Christians. By far the best known encounter was the celebrated February 1948 debate between Lewis and Elizabeth Anscombe, which led Lewis to revise the third chapter of his book Miracles. I still remember being a member of a small group of friends returning together from that great debate, walking directly behind Elizabeth Anscombe and her party. She was exultant, and her friends were equally exultant. Immediately in front of this party, C. S. Lewis trod alone, walking as rapidly as he could to refuge in his rooms in Magdalen College, just off
the bridge we were all crossing. 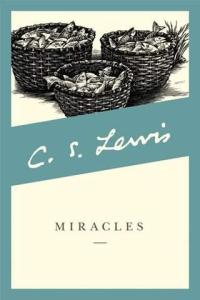 Although many have characterized Lewis as permanently demoralized by the outcome of this debate, Anscombe herself thought differently.

“The meeting of the Socratic Club at which I read my paper,” she wrote later, “has been described by several of his friends as a horrible and shocking experience which upset him very much. Neither Dr. Havard (who had Lewis and me to dinner a few weeks later) nor Professor Jack Bennett remembered any such feelings on Lewis’ part. . . . I am inclined to construe the odd accounts of the matter by some of his friends . . . as an interesting example of the phenomenon called ‘projection.’”

Lewis was the most effective Christian apologist for certainly the latter part of the twentieth century. When the BBC recently asked if I had absolutely refuted Lewis’s
Christian apologetic, I replied: “No. I just didn’t believe there was sufficient reason for believing it. But of course when I later came to think about theological things, it seemed to me that the case for the Christian revelation is a very strong one, if you believe in any revelation at all.”

“A Pilgrim in Narnia” is a blog project in reading and talking about the work of C.S. Lewis, J.R.R. Tolkien, and the worlds they touched. As a "Faith, Fantasy, and Fiction" blog, we cover topics like children’s literature, apologetics and philosophy, myths and mythology, fantasy, theology, cultural critique, art and writing. This blog includes my thoughts as I read through Lewis and Tolkien and reflect on my own life and culture. In this sense, I am a Pilgrim in Narnia--or Middle Earth, or Fairyland. I am often peeking inside of wardrobes, looking for magic bricks in urban alleys, or rooting through yard sale boxes for old rings. If something here captures your imagination, leave a comment, “like” a post, share with your friends, or sign up to receive Narnian Pilgrim posts in your email box. Brenton Dickieson is a father, husband, friend, university lecturer, and freelance writer from Prince Edward Island, Canada. You can follow him on Twitter, @BrentonDana.
View all posts by Brenton Dickieson →
This entry was posted in Lewis Biography, Memorable Quotes and tagged Antony Flew, apologetics, atheism, autoenthnography, biography, controversy, Elizabeth Anscombe, Miracles, Oxford, philosophy, Socrates, Socratic Club, Spiritual Autobiography, theology, There is a god. Bookmark the permalink.

6 Responses to “Locking Horns With C.S. Lewis” by Antony Flew