Age of Ultron: Mythic Mess or the Absurd Man?

Joss Whedon is a smart filmmaker. Buffy was genius, and The Avengers was an intelligent, funny, moving, high-action, hyper-effects superhero movie—a package I wasn’t sure was possible.

I like how Whedon delves into big stories with what many will assume is a superficial genre. Again and again, Whedon shows us the depth that a good vs. evil story can have. The first Avengers film is a good example. Check out this epic battle between Thor, Iron Man, and Captain America.

It’s hard not to miss the symbolism of the greater story. Iron Man, the symbol of technology and science, goes chest to chest against Thor, the symbol of religion and mythology—the grand human story. What is the result of this battle between religion and science? Environmental disruption and a world in discord. Who is able to step in between these extremes and find a peaceful solution? Captain America, of course, with a common sense message that all gods, demons, mutants, superheroes, and mad geniuses should keep their eyes on the ball: there is a world that needs saving.

Now, I don’t know that good ole American values can mediate the tensions of the great story that is playing out there—can any one ideal square that circle? But even if I disagree, it is one of these times when Whedon digs into a bigger story for his work.

What about Avengers: Age of Ultron?

Visually speaking, Ultron certainly is the best of what Hollywood has got. Clever writing, a sustained storyline, the ebb and flow of action, and ShamWow! special effects—it’s the most gripping of the non-landscape films I have seen (like the Hobbit and Lord of the Rings trilogies, Life of Pi, Tree of Life, and Crouching Tiger, Hidden Dragon). There were moments that reminded me of the realism scenes in Inception and it had the pacing of the Bourne franchise. Whedon held nothing back.

The story itself is pretty good. While I wonder if Whedon forgot Asimov’s Laws of Robotics—there are times where it felt like none of the Avengers had ever read a Science Fiction story—we finally get to see what the real problem with Artificial Intelligence is. It isn’t just the guaranteed sociopathology of the man in the machine; it’s the reality that neural networks make for the possibility of almost unlimited divested intelligence, so that power grows not organically but exponentially. It’s pretty cool.

And the film is jam-packed with great one-liners. Not all of them work, but enough land that I’m still laughing the next day. 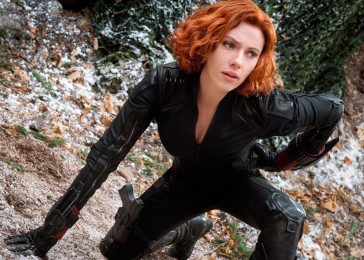 Ultron isn’t always elegant. The Hulk plays well, but the loner tension doesn’t always work for me. Scarlett Johansson is pretty awesome as a physique super-heroine—someone with no genetic enhancements. However, the whole Black Widow story line wimps out in this film. In the end one of the most dynamic characters falls flat. We get to see Hawkeye’s storyline play out well, but a couple of moments were a bit bumpy.

There were also a few moments that were a bit odd. The fictional “Eastern European” country-slash-town that is the focus of much of the action feels like a Cold War spoof leftover. I quite enjoyed the villain, but I’m still struggling with his main motivation. Perhaps a second viewing will help fill in some of those blanks. There were also moments where the average viewer might get a little lost. The most significant loop to the next generation of films—besides the cast—was a little forced, I thought. Fans in the audience enjoyed it though. 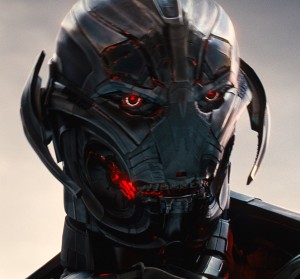 What about the big ideas? Is this an intelligent film? Does it delve into the great stories? Is it mythopoeic?

I think this film does draw from mythic well, but I’m not sure that the ideas fit together.

It took me a while to think this through. If I had to guess, Joss Whedon is a reader of Albert Camus. Camus’ “Myth of Sisyphus” essay—an essay that shaped my writing for about 5 years—retells the classic story of Sisyphus condemned to roll the rock up the hill for all eternity because of hubris. Freedom, Camus argues, is impossible. Humans are not free. But we must be free anyway—we must live absurdly in the world, taking up the freedom we don’t have in both hands. Every time the rock rolls down the hill, Sisyphus picks it up again. But he picks up the rock with joy.

So the Absurd Man lives with joy.

We see this tension in Age of Ultron. Each of the great hinge moments in the film—and I won’t spoil them—are fueled by absurdity, accidence, fate and the response to fate. Even the characters play this out. We see in the trailer that they face an impossible situation and it is likely some of these immortals will die. Captain America shrugs it off: “I don’t have plans for tomorrow night.”

There are other deep moments: Thor’s surrender to baptism, Captain America’s warning against the evils of pre-emptive warfare, an ongoing discussion of what is beautiful, questions of human evolution, and cinematic parables of environmental degradation. But I think Absurdity is the core myth, especially as it is bound up with Iron Man’s fears, choices, and visions of the (inevitable?) future.

I’m not sure, though. What the Avengers create—and it really is a creation of the entire group—is so much greater than they are, either individually or collectively. It does not fit categories easily, but it looks like the Nietzschean Übermensch—German for “Super-Man”—that Camus leaves behind. It could be that the cure was worse than the disease.

We will have to see. That’s the great thing about the Marvel Universe: there’s always a story for tomorrow. The sideways glances at other books and films were a significant part of the film, so it makes sense that tensions are unresolved as the credits roll.

It is also true that the Absurd Man lives well in the tension.

At least Joss Whedon does.

But there is one line that catches at the edge of my brain. As the trailer shows, the great villain Ultron desires to wipe out the human race, giving space for the age of the machine. In the end Ultron is confronted with this line:

“There is grace in their failings. I think you missed that.”

It is a gorgeous line, absolutely profound, and totally contradictory to Joss Whedon’s Absurdism as I describe it above. The Absurd man can see grace in the failings, but cannot find it there. Yet, ultimately, Ultron’s greatest struggle is that he cannot live with Absurdity.

How does a Christian respond to that line? I think there is much in Camus for the Christian thinker, and Absurdity is very much like the Christian’s response to the pain and loveliness of our world.

But for the strange being who believes in God in this world filled with sunsets and floods, the idea that “there is grace in their failings” is only true—and then very true—when all of human self-sacrifice is an echo of the cross. There is grace in sin, there is beauty in the flailing, struggling mess of human being in the world. But that grace is not merely biological—tied into the system. Neither is it merely psycho-spiritual—a perspective that we take in the midst of horror. That grace is in a universe that has been intentionally patterned for redemption.

And so there is hope, even when there is no hope.

“A Pilgrim in Narnia” is a blog project in reading and talking about the work of C.S. Lewis, J.R.R. Tolkien, and the worlds they touched. As a "Faith, Fantasy, and Fiction" blog, we cover topics like children’s literature, apologetics and philosophy, myths and mythology, fantasy, theology, cultural critique, art and writing. This blog includes my thoughts as I read through Lewis and Tolkien and reflect on my own life and culture. In this sense, I am a Pilgrim in Narnia--or Middle Earth, or Fairyland. I am often peeking inside of wardrobes, looking for magic bricks in urban alleys, or rooting through yard sale boxes for old rings. If something here captures your imagination, leave a comment, “like” a post, share with your friends, or sign up to receive Narnian Pilgrim posts in your email box. Brenton Dickieson is a father, husband, friend, university lecturer, and freelance writer from Prince Edward Island, Canada. You can follow him on Twitter, @BrentonDana.
View all posts by Brenton Dickieson →
This entry was posted in Fictional Worlds, Reviews, Thoughtful Essays and tagged Age of Ultron, Albert Camus, Artificial Intelligence, Asimov's Laws of Robotics, film, film criticism, Inception, Joss Whedon, Marvel, myth, myth of sisyphus, mythmaking, philosophy, Science Fiction, The Avengers. Bookmark the permalink.

17 Responses to Age of Ultron: Mythic Mess or the Absurd Man?