The Problem of the Canon 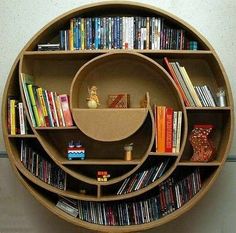 Lately I have been playing with lists. Partly, this grows out of my desire to read great books. And partly it grows out of attempt to catch up on the severe lack of education I received growing up. So I have been thinking about the our “canons”–the foundational books that make up our cultural literature. On Monday I played with some canonical lists of Science Fiction and Fantasy books. Last week I talked about Harold Bloom’s problematic and education book, The Western Canon, ultimately selecting out a list of books (really, a list of authors) that are a sample necessary reading for Western literature.

Because of the interesting discussion that came out of those blogs, I wanted to think a little bit about the problem of the canon. As we sit in a moment of cultural disintegration in the UK and the US–these two great nations in some collective doubt about what it means to be a popular democracy–we surely can’t be innocent in the kind of story we are telling by the stories we tell.

John Guillory, in his 1993 Cultural Capital: The Problem of Literary Canon Formation, argued that the “canon” we pass on–the basic curriculum of the University or literary culture–is an example of “cultural capital.” The canon does not pass on merely the literature itself, but passes on a kind of social class and idea about culture and civilization. Guillory was speaking into the crises that arts and humanities curriculum found itself when it recognized that it was not just teaching students something—like books or literature or ideas—but teaching students the values of its own culture or counter-culture. Thus there were protests on campus, “Down with Western Civ!”, calling for a more multicultural or adapted curriculum.

If we are really interested in equality and diversity, then, shouldn’t we throw off the old books altogether?

No, actually. Guillory argued that there is no reason to totally uproot the curriculum of Western civilization—the canon. For when we adopt a multicultural society, we “de-racinate” the canon, uprooting it ultimately, if never totally. Even our alternative canons are rootless. We are always changing and adopting the canon, always leaving things out. I know Homer, Plato, Aristotle, and the Bible, but almost no other Greek literature—unlike an educated person a couple of hundred years ago. I’ve substituted the rest of Greek literature for other books that have emerged as important over the last few centuries.

Guillory argues, then, for a progressive curriculum: any good book can be taught provided it is set its social and historical context. The canonical works themselves always undercut themselves. Homer, the foundation of our canon, includes deception and self-criticism and all the traits that undercut the literature itself. Likewise, as new works subvert the canon, they pass on their own cultural values, and are thus a kind of “hegemony.”

Whatever reading list we use will pass on its “cultural capital”—pass on the values of the culture that produced the reading list.

While Guillory was setting up for a fight, his essay largely answered the question before it became a war. A multicultural society will continually undercut its own canon, reinventing it and putting in its place new books–these handheld bombs of cultural power that circulate in culture.

How does Harold Bloom, writing right after Guillory, respond? Actually, Harold Bloom almost entirely ignores Guillory while writing a book that responds utterly to him. I don’t know the political conversation at its deepest levels, but this is powerful language from Bloom:

I am not prepared to agree with the Marxists that the Western Canon is another instance of what they call ” cultural capital.” It is not clear to me that a nation as contradictory as the United States of America could ever be the context for “cultural capital,” except for those slivers of high culture that contribute to mass culture (Western Canon, 37-38)

We have reason to doubt Bloom’s perspective. He is a white, wealthy, well-educated man suggesting that America is so truly diverse that it will always be too self-contradictory to pass on a single story. A quick scan of the of the U.S. primary candidates must put the lie to the claim that America’s diversity will control the cultural conversation. In historical perspective, it is stunning that a woman, a Jewish man, and Latino candidates were under serious consideration. But if you think about diversity in more complex ways, this election feels like a battle over cultural capital and who controls the stories we tell–not stories in books, granted, but the stories of what it means to be a neighbour, a Christian, an American, a human.

While we have some reason to doubt Bloom’s statement, there is truth in it too. Bloom argues convincingly that anxiety about the cultural canon is really a kind of intellectual elite’s guilt. In America (at least), there has been diversity in the literature that is read.

“There has never been an official American literary canon,” Bloom argues, “and there never can be, for the aesthetic in America always exists as a lonely, idiosyncratic, isolated stance” (518-519).

As much as we root ourselves as good readers to the kinds of lists I have been purveying in this series, we are an unrooted culture. Canon is and canon—no longer shaping our cultural identity as much as giving us a chance to shape ourselves. So I find myself unable to choose a side in the so-called “canon war.” I think it is true that reading lists, university curricula, and canons pass on a kind of cultural capital. This culture we pass on can be exclusive, leaving people out and denying certain stories. Where, for example, are the first nations and aboriginal stories in our canon? Whatever we mean by “the West,” we clearly don’t mean the people who were here before my family escaped destitution in Scotland to live in poverty in Canada.

But I think that where Bloom and Guillory agree there is value in the conversation. The canon is fluid, undercutting itself and acting as a constant prophetic critique of culture.

The canon is a problem, certainly. But I think, for the most part, it is a rich and beautiful problem to have.

“A Pilgrim in Narnia” is a blog project in reading and talking about the work of C.S. Lewis, J.R.R. Tolkien, and the worlds they touched. As a "Faith, Fantasy, and Fiction" blog, we cover topics like children’s literature, apologetics and philosophy, myths and mythology, fantasy, theology, cultural critique, art and writing. This blog includes my thoughts as I read through Lewis and Tolkien and reflect on my own life and culture. In this sense, I am a Pilgrim in Narnia--or Middle Earth, or Fairyland. I am often peeking inside of wardrobes, looking for magic bricks in urban alleys, or rooting through yard sale boxes for old rings. If something here captures your imagination, leave a comment, “like” a post, share with your friends, or sign up to receive Narnian Pilgrim posts in your email box. Brenton Dickieson is a father, husband, friend, university lecturer, and freelance writer from Prince Edward Island, Canada. You can follow him on Twitter, @BrentonDana.
View all posts by Brenton Dickieson →
This entry was posted in Reflections and tagged academic, Brexit, canon, class, Cultural Capital, Donald Trump, Election 2016, Harold Bloom, higher education, John Guillory, Reading, The Western Canon, University. Bookmark the permalink.

23 Responses to The Problem of the Canon