Why C.S. Lewis Says My Reading Program is Wrong, or What Cheese has to do with Reading 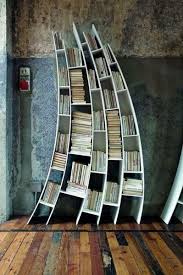 This year on A Pilgrim in Narnia we have been doing some thinking about programs for reading great books:

I am a list-driven reader. I like logging my works on Goodreads, and use an excel sheet to keep track of the books and essays I read. My bulletin board has certain lists I’m going through: top 20th c. SF books, top 20th c. Fantasy books, Discworld, Harold Bloom’s Essential List, a World Fantasy Conference List, everything C.S. Lewis wrote, and a list of key Christian books. I am slowly going through these lists, book by book, and hope to be done around 2030 or so, provided no one writes anything good between now and then.

All of this is part my attempt to struggle with the Western canon–the essential books that have shaped our culture. Really, I’m making up for severe lack of education I received growing up, filling in great gaps in my cultural bookshelves. I am missing amazing stories, and I want them all.

C.S. Lewis was often writing to people about what books to read. He argued for a certain approach to reading and research in the university context, and his own reading is sprawled across the centuries and over great lands. So, I thought I would turn to Lewis’ letters to see if he ever talked about a canon of literature, the ultimate to-read list. Here is what he wrote to American correspondent looking for a list of books that college students should read.

C.S. Lewis’ response shows why my approach to reading is almost entirely wrong.

As from Magdalene College
Cambridge
25 Aug 59

I don’t feel at all qualified to contribute to a ‘master’ list of writings. The languages I don’t know are of course very much more numerous than those I know; and even in the languages I do know there are a great many books I have not read. And I rather doubt whether a list of masterpieces picked from all over the world–mostly, I presume to be read in translations?–is a v. useful thing.

I would rather see young men beginning from where they are and being led on from one thing to another: e.g. that Milton shd. lead them either to Virgil and Homer (and therefore to a really serious study of Latin or Greek) or to Dante (and therefore to a whole course of Medieval and Italian studies). That, after all, is how every educated person’s development has actually come about.

The sort of culture one can get from the 100 or 1000 Best Books read in isolation from the societies and literatures that begot them seems to me like the sort of knowledge of Europe I shd. get from staying at big hotels in Paris, Berlin, Rome, etc. It wd. be far better to know intimately one little district, going from village to village, getting to know the local politics, jokes, wines, and cheeses. Or so it seems to me.

But here I go offering you advice, which you didn’t ask for, and refusing that which you did! Forgive me, and believe me

“A Pilgrim in Narnia” is a blog project in reading and talking about the work of C.S. Lewis, J.R.R. Tolkien, and the worlds they touched. As a "Faith, Fantasy, and Fiction" blog, we cover topics like children’s literature, apologetics and philosophy, myths and mythology, fantasy, theology, cultural critique, art and writing. This blog includes my thoughts as I read through Lewis and Tolkien and reflect on my own life and culture. In this sense, I am a Pilgrim in Narnia--or Middle Earth, or Fairyland. I am often peeking inside of wardrobes, looking for magic bricks in urban alleys, or rooting through yard sale boxes for old rings. If something here captures your imagination, leave a comment, “like” a post, share with your friends, or sign up to receive Narnian Pilgrim posts in your email box. Brenton Dickieson is a father, husband, friend, university lecturer, and freelance writer from Prince Edward Island, Canada. You can follow him on Twitter, @BrentonDana.
View all posts by Brenton Dickieson →
This entry was posted in Reflections and tagged C.S. Lewis, canon, Collected Letters of C.S. Lewis, fantasy, Harold Bloom, Reading, research, Science Fiction, The Western Canon, University. Bookmark the permalink.

32 Responses to Why C.S. Lewis Says My Reading Program is Wrong, or What Cheese has to do with Reading