The Transformative Power of Memory: Lewis and the World Wars

Posted on November 11, 2016 by Brenton Dickieson 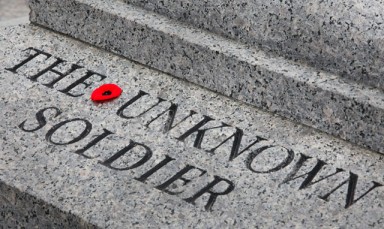 The first reader of C.S. Lewis’ autobiography, Surprised by Joy, might be puzzled by the fact that WWI—the catastrophe that decided the fate of so many of Europe’s great thinkers and artists and inventors—makes up very little of Lewis’ narrative. “It is even in a way unimportant,” Lewis wrote in a longish paragraph that talks about the death of his mother, the realities of trench warfare, a shivering French mouse, environmental and other kinds of mental degradation, cold feet and heroes tales and

“horribly smashed men still moving like half-crushed beetles, the sitting or standing corpses, the landscape of sheer earth without a blade of grass, the boots worn day and night till they seemed to grow to your feet…”

As vivid as his narrative is, Lewis is not anxious to root his life to the Great War, even though it was fateful for him. Every day is fateful, I suppose. And though he spoke in letters of nostalgia and nightmares, Lewis emerged from WWI with a robust conscience, an invitation to Oxford, and a manuscript of poems (Spirits in Bondage, 1919).

His deepest thoughts about the war and the shrapnel embedded in his frame both accompanied him to his own grave 45 years later.

Although Lewis refused to give WWI a formative place in his life, WWII orients his writing in an unusual way.

After writing Out of the Silent Planet (1938) and a couple of academic books, Lewis was invited to use his unique literary gifts and his training in philosophy to write The Problem of Pain (1940)—a book that addresses the question, “if God is good, why do people suffer?” Though he wrote this popular theodicy in the first few months of the war, WWII does not shape the entire book. “War” is one of things that seemed to confirm Lewis’ youthful atheism, and is one of the parts of human pain that snaps us out of our self-serving Monday to Friday inattention to the real world around us. 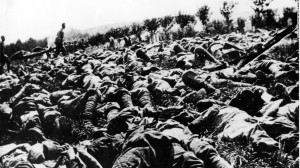 By the time The Problem of Pain led to a few talks on the BBC, he assumes that war is the one thing everyone has in common. It becomes an image that orients the reader, giving us some measure against which to weigh the world. In The Screwtape Letters (1941-42), war is the backdrop to the “patient’s” temptation. In the end, it is a bomb raid that takes the patient’s life, as is the threat in the last lines of the dream story, The Great Divorce (1944-45), which closes WWII. Miracles, though published in 1947, was mostly written during WWII, and reflects the war reality in some of its illustrations.

Although the Ransom Cycle begins before the war with Out of the Silent Planet, WWII haunts the series. The blackout of the opening chapters of Perelandra (1943) is doubtless because of the war, and That Hideous Strength (1945), though it follows the war, shows the kinds of tyrannies that were possible in the WWII-era.

Even when we move beyond wartime, the battlefield continues to inform Lewis’ writing. The late 1940s and early 1950s were dominated by two projects: his huge literary history of 16th Century Poetry and Prose (OHEL, 1954), and Narnia (1950-56). OHEL is intentionally timeless, but do you remember how Narnia begins? In The Lion, The Witch, and The Wardrobe (1950) the children are sent out of London because of the Blitzkrieg. I’ve always wondered if the serious railway accident that ends life for three of the Pevensies and brings them to Aslan’s country was an act of war, but Walter Hooper thinks otherwise in Past Watchful Dragons. In any case, The Last Battle (1956) is the only Narnian tale to occur definitely after WWII (in Earth time), even though they were all written well after V-Day.

After Narnia was penned Lewis finished Surprised by Joy (1954), where WWI is played down and WWII is almost ignored—despite how the last world war roots more than a decade of Lewis’ work. Till We Have Faces (1955) treats war like a biblical or classical chronicle—“In the spring, at the time when kings go off to war…” (2 Samuel 11)—or like an Arthurian tale as imagined by a young King Henry VIII. In the same way that Lewis warned against pacifism in a talk in WWII, he warns against patriotism in The Four Loves (1959-60)—the two tensions that Screwtape plays with in Letter V of The Screwtape Letters.

And Reflections on the Psalms (1957), if you have not read it, approaches some of the most difficult moments of the Psalter as only someone who faced enemy weaponry could dare to face it.

I’m left, then, with two thoughts when thinking about Lewis and the war. 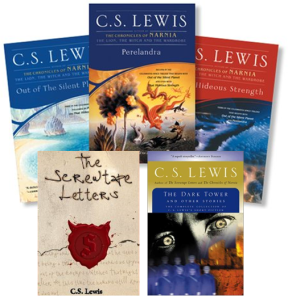 When I think about men like C.S. Lewis and J.R.R. Tolkien who survived the war, my first thought is to wonder what great transformational writer did not survive. What story is missing from our bookshelves? What worlds are missing from our mental multiplex of universes?

And not just writers, but subcreators of all kinds. In the machinery of the two World Wars, have we lost that genius that would have cured cancer or made nuclear energy safe? Would the crises of global warming and ethnic cleansing have been stopped before they started? Would we have a political future better than a promise of entrenched ideologies—and not particularly good ideologies to begin with? Would we still have poetry and imagination and innovation in our classrooms?

We can never know. Working against the wars of the future is all that is in our power, such as it is.

The second thought is to you the reader: what has happened in your life to root you? As you go about your daily life, building the worlds you build, where do you root your work, your story, your love?

I don’t mean this in just a spiritual way. Lewis rooted himself in Christ; my PhD project is about how his conversion is the basis of his work. I think one’s religion or worldview will be the key root of whether their art will grow. We shouldn’t be surprised that with all the skill and beauty we see around us today, there is a lack of depth and rootedness.

I think it is valuable to ask what events orient the work that we do. When I look at the last nine years of my life, with the exception of my children’s writing and some essays, my academic work and my fiction has had the theme of “death” at its core. It seems that I have been returning to the death of my father and brother 26 years ago. This event formed and transformed me, but I thought I had left it behind some time ago. Yet, as I grow as father, husband, Christian, writer, brother, friend, son, and teacher, I find myself returning to those fateful moments.

Although my life is marked by tragedy, I live with the luxury of peace. If I wonder that Lewis underestimated the impact of war on his life, it is a choice I have never had to face.

So we are left with two things that can transform our lives.

First, we are the writers and artists and inventors that did not die. It is up to us to apply ourselves to our work.

Second, we have the opportunity to be aware of the forces that shape us.

Today is Remembrance Day, when we set apart a day to remember those that have fallen in the wars of the 20th century, and to promise to a future generation that we will never allow war to ravage the world again. Memory is not just about encapsulating the past, but is the engine that shapes the future.

“A Pilgrim in Narnia” is a blog project in reading and talking about the work of C.S. Lewis, J.R.R. Tolkien, and the worlds they touched. As a "Faith, Fantasy, and Fiction" blog, we cover topics like children’s literature, apologetics and philosophy, myths and mythology, fantasy, theology, cultural critique, art and writing. This blog includes my thoughts as I read through Lewis and Tolkien and reflect on my own life and culture. In this sense, I am a Pilgrim in Narnia--or Middle Earth, or Fairyland. I am often peeking inside of wardrobes, looking for magic bricks in urban alleys, or rooting through yard sale boxes for old rings. If something here captures your imagination, leave a comment, “like” a post, share with your friends, or sign up to receive Narnian Pilgrim posts in your email box. Brenton Dickieson is a father, husband, friend, university lecturer, and freelance writer from Prince Edward Island, Canada. You can follow him on Twitter, @BrentonDana.
View all posts by Brenton Dickieson →
This entry was posted in Reflections and tagged C.S. Lewis, environment, ethnic cleansing, global warming, Ransom Trilogy, The Screwtape Letters, Walter Hooper, war, writing, WWI, WWII. Bookmark the permalink.

34 Responses to The Transformative Power of Memory: Lewis and the World Wars