Why My Kid’s Science Teacher is Awesome

Posted on January 31, 2017 by Brenton Dickieson 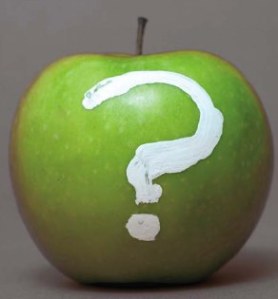 Not just his science teacher, actually. Nicolas just won a poetry contest that his grade seven homeroom teacher encouraged him to enter. But more of that later. To science.

One of our initial anxieties about sending our son to a Christian school was the question of science. I have never personally encountered a Christian school that was anti-science, but I had met some homeschool parents who were, and I had let my mental categories blur. Moreover, I have seen a lot of Christian anxiety about science and evolution in the United States, parts of Canada, and Japan, and that was not a context I wanted my son to spend his formative imaginative years.

In the end, we made the decision about Nicolas using other kinds of measures, including the culture of the school and its core philosophy. We were drawn into Immanuel Christian School accidentally, reluctantly, and in the end, delightedly–invested to the point that my superstar wife has given Immanuel her career time. In our experience, it has been a school that places a profound priority on the development of curiosity. There is space for wonder and adventure in my son’s school. ICS believes that its role is not to train kids for the real world: for children, school is their real world. It is happening now, all around them and in our midst. ICS teachers engage with reflexive, deeply rooted curriculum to children where they are in their lives.

The “reflexivity” and “differentiated curriculum” is a real strength at Immanuel. I was in the staff room once washing dishes while the principal and the two middle school teachers were talking about a split in the students’ experience of the math curriculum. In the space of about twenty minutes they had carved out a new curriculum pathway–building cars out of garbage, by the way–that met a number of goals, including volunteer integration, rewards for hardworking students, and special teacher time for those struggling. It was a thing of beauty. Immanuel is a place where conversations around the water cooler include things like, “how do you think we could fit Gaelic into the high school?” or “do we actually need desks? what about work stations instead?” 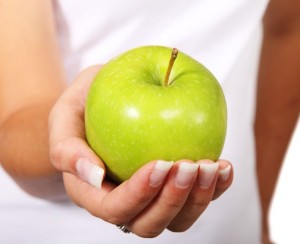 It is not educational buzzwords that make the school great, but a commitment to personal growth in the faculty and administration. And here is where we return to my kid’s awesome science teacher.

A week ago, Nicolas spent all day Saturday at our local engineering school for the Future City Project day. The students in his class were divided up into teams and each built a model of a futuristic city, incorporating design elements from engineering, sociology, and lessons learned from questions of sustainability. My son’s team was selected to go to the provincial Future City day, and joined eight other (mostly public) schools. The designs were amazing as these preteen shapers of the future talked about renewable energy, recovered urban spaces, and what transportation and innovation looks like later in the 21st century. It was a great day of workshops, challenges, nerves, imagination, not-so-subtle recruitment pitches from the engineers and teachers in the room, and pizza.

Nicolas’ team did not win. Actually, the winners were some kids from that other Christian school–the one that is just intensely good at winning things. They are sort of the academic soldiers and we’re the love and hugs school. They will do great in D.C. at the international competition.

What is significant for me as someone who things about education and faith is that my son’s science teacher spent that whole Saturday–her Saturday, her day for family and prep and study–with a room full of awkward preteens, pre-fab plastic chairs, and rubbery pizza. As a parent there, it was beautiful to see how engaged the teachers of PEI were in their students.

This is not, though, just an extraordinary extracurricular day for Joanne Mawhinney, junior high teacher. What makes Mrs. Mawhinney an awesome teacher is that she is a learner. In an age that reduces wisdom to knowledge, that reduces science to technology, that reduces biblical faith to reactions against the world, and reduces education to systems, Mrs. Mawhinney has committed herself to a much larger worldview. 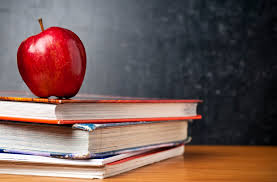 Rather than do more describing, I think I will show you. Joanne was a featured speaker in one of our recent Theology on Tap events. Exciting and fulfilling her natural love for astronomy, Joanne was a part of a group of teachers and priests who gathered at the Vatican observatory in Arizona–a long way from Prince Edward Island. Rather than simply giving a slideshow of cool things she saw, Joanne articulates in the video below a mature philosophy of Christian engagement in the sciences. It is intelligent and accessible, informed by the journey of study that has undertaken during her adult life of self-education and discovery.

I don’t know that most Christians could describe such a compelling vision of faith and science, and I would encourage you to share it with Christian parents and teachers and pastors. What makes Mrs. Mawhinney an awesome science teacher, in the end, is not just that she is bright and engaged and well prepared. Honestly, that is the bare minimum. All teachers are to be superstars, and if you are a teacher who isn’t a superstar, either become one or get out of the classroom.

What makes Joanne an awesome science teacher is that her science teaching is a working out of her life vocation of discovery. I hope you enjoy her talk and are compelled to discover more for yourself.

Note: Every community has ebbs and flows, and not every family has experienced the space for curiosity and growth in the Christian school system that we have. I know. I also recognize the distinct privilege of being invited to this space. It is a privilege that came with great sacrifice; our first tuition bill at Immanuel was 20% of our previous year’s income (and that was after the bursary). But I would encourage parents–and the grandparents, pastors, teachers, and adopted aunts and uncles in children’s lives–to find spaces and people like the ones I described above for the children in your world. If those resources aren’t around you, then you will have to become the imagination engineer every child needs. If you can’t find it, you have to make it.

If you see the value of this and know of the right kind of educational space for the right child, consider giving part of your life to making that happen through a private donation. Immanuel’s website is here.

“A Pilgrim in Narnia” is a blog project in reading and talking about the work of C.S. Lewis, J.R.R. Tolkien, and the worlds they touched. As a "Faith, Fantasy, and Fiction" blog, we cover topics like children’s literature, apologetics and philosophy, myths and mythology, fantasy, theology, cultural critique, art and writing. This blog includes my thoughts as I read through Lewis and Tolkien and reflect on my own life and culture. In this sense, I am a Pilgrim in Narnia--or Middle Earth, or Fairyland. I am often peeking inside of wardrobes, looking for magic bricks in urban alleys, or rooting through yard sale boxes for old rings. If something here captures your imagination, leave a comment, “like” a post, share with your friends, or sign up to receive Narnian Pilgrim posts in your email box. Brenton Dickieson is a father, husband, friend, university lecturer, and freelance writer from Prince Edward Island, Canada. You can follow him on Twitter, @BrentonDana.
View all posts by Brenton Dickieson →
This entry was posted in News & Links, Thoughtful Essays and tagged apologetics, Immanuel Christian School, science, Science vs. Religion, Teaching, theology, Theology of Culture, Theology on Tap. Bookmark the permalink.

1 Response to Why My Kid’s Science Teacher is Awesome