Posted on March 8, 2017 by Brenton Dickieson

If your experience of C.S. Lewis is only Mere Christianity, Time magazine covers, or a struggle with Susan Pevensie in Narnia, no doubt your most striking image of Lewis will be that of the Oxford Don in shabby tweed surrounded by old books and (moderately old) men.

I am one of those who think that even within Lewis’ male-dominated culture, he is a refreshing resource for thinking differently about gender roles, working life, love, marriage, friendship, and human rights. The best way I can demonstrate this on International Women’s Day is to highlight the powerful impact women have had on Lewis.

I think it is Virginia Woolf in A Room of One’s Own who quips about “a very remarkable man who had a mother.” Many of us have had a mother, at one time or another. My mother was the first feminist in my life, and my father the second. Their impact is incalculable, so I am not surprised by the amount of time Lewis biographers spend in those early years before her quick death when Lewis was a little boy. In his spiritual autobiography, Surprised by Joy, Lewis describes how the foundations of his life shifted:

“With my mother’s death all settled happiness, all that was tranquil and reliable, disappeared from my life. There was to be much fun, many pleasures, many stabs of Joy; but no more of the old security. It was sea and islands now; the great continent had sunk like Atlantis” (ch. 1).

Though short-lived, Flora’s impact on her two remarkable children was profound. While biographers of Lewis know the importance of Flora, it is only recently that scholarly attention has turned to this remarkable woman. Crystal Hurd, in the collection entitled Women and C.S. Lewis, spends a chapter looking at Flora Lewis and the imprint she made upon her world. While her strength as a mathematician failed to impress upon Lewis, much of his love of books, creativity, humour, and upside-down perspective comes from those early years at home. 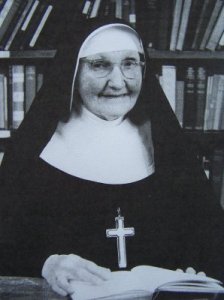 C.S. Lewis was a prolific letter-writer. By my count there are 3,274 letters in the 3,640 pages of Walter Hooper’s three-volume Collected Letters–and it would surprise me if we have a third of what he wrote. Despite his careful attention to the spiritual direction of his friends, fans, and followers, Lewis found the task exhausting and discouraging.

There were some exceptions, however, and these included three people who served as spiritual directors by correspondence to an Oxford don who suddenly found himself on the grand stage of being a Christian public intellectual.

One of these mentors was an Italian priest, Don Giovanni Calabria, later canonized for his remarkable life. A second was Dom Bede Griffiths, a former student of Lewis’ and later a Roman Catholic monk who was important in the Christian Ashram Movement of India. The third was Sr. Penelope, an Anglican nun and theologian, and of the three had the most profound impact on Lewis.

Sr. Penelope had a fine mind–her translation of St. Athanasius’ On the Incarnation is lithe and engaging–and ended up playing a curious role in the manuscript history of The Screwtape Letters. You can read the story of their relationship in letters in “‘I’m a Sad Ass at the Moment’ Words with Sr. Penelope.” As the world closed in on Lewis, demanding more and more of him as apologist, brother, household manager, adopted son, war-worker, teacher, lecturer, and radio personality, Lewis found strength in his correspondence with a cloistered nun who first wrote him because she was a science fiction fan.

Sr. Penelope’s ability to provide support for Lewis in the 1940s is incalculable in terms of Lewis’ strength and creativity.

Every lover is, I suppose, indebted to their beloved. Anyone who has read A Grief Observed, however, will see how radically Lewis was transformed by Joy’s presence.

Opening almost any page will demonstrate the conversion of Lewis’ heart, but the person who knows Lewis through Narnia or Mere Christianity might be surprised to find words like these in his journal:

“For those few years [Joy] and I feasted on love, every mode of it—solemn and merry, romantic and realistic, sometimes as dramatic as a thunderstorm, sometimes as comfortable and unemphatic as putting on your soft slippers. No cranny of heart or body remained unsatisfied.”

When she is gone, one of the stages of Lewis’ grief is his great fear that everything she has done to change him will disappear:

“Is all that work to be undone? Is what I shall still call H. to sink back horribly into being not much more than one of my old bachelor pipe-dreams? Oh my dear, my dear, come back for one moment and drive that miserable phantom away. Oh God, God, why did you take such trouble to force this creature out of its shell if it is now doomed to crawl back—to be sucked back—into it?”

How did the American poet Joy Davidman change the life of this Oxbridge critic? We can look at the evidence quite objectively, showing how Joy helped Lewis finish his autobiography, how she was a conversation partner who helped nurture Till We Have Faces, how she renovated his gloomy bachelor pad into a home, and how spurred him on to think more cleverly about his career–the result of which was at least a half-dozen books Lewis might not have gotten to. But as we can see in A Grief Observed and Abigail Santamaria’s stunning biography, Joy, the greatest impact upon C.S. Lewis in his life was Joy Davidman herself.

Joy Davidman’s brilliant mind, her sharp wit and sharper pencil, and the sheer individuality of her presence was like Atlantis rising in Lewis’ life. You can read more of Joy’s impact by Crystal Hurd here, and Don W. King has edited some of her letters (Out of My Bone, 2009) and her love sonnets (A Naked Tree, 2015). 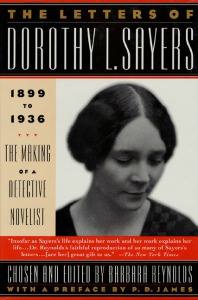 There are other important women in Lewis’ life. You should read about the friendship with Mary Neylan that radically re-centred her life when it threatened to go off in all directions. Dorothy L. Sayers, the famed mystery author, became a correspondent with Lewis as she was developing into an important Dantean scholar. Her wit, humour, and quiet disagreement are important to Lewis’ formation. Ruth Pitter was one of Lewis’ favourite poets. They became very close friends, and some speculate that the interest may have been deeper than friendship.

In the academic world, too, Lewis taught women students and engaged well with his female colleagues. Perhaps the most famous–and almost legendary–case is that of Elizabeth Anscombe. G.E.M. Anscombe was an important Wittgensteinian philosopher and Cambridge Professor, but will be known to many as the first person to beat C.S. Lewis in a debate. Indeed, her argument in a 1948 Oxford Socratic Club meeting caused the only significant revision Lewis ever made to a published book.

Perhaps the most difficult woman in C.S. Lewis’ life to discuss is Mrs. Moore. It is difficult because some sources are so voraciously anti-Mrs. Moore that is impossible to get a precise reading of who she was and what she was like. Until further evidence arises we cannot be definitive, but it looks like Lewis had an affair with his war buddy’s mother through much of the 1920s–despite the fact she was twice his age and that such a relationship could have lost him his place as a student at Oxford. Their relationship shifted over the years, perhaps leading to Mrs. Moore’s resentment over his conversion to Christianity. As she became increasingly ill and insular, she demanded more and more from Lewis in their unusual household. 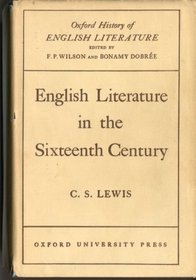 Her needs, his brother’s alcoholism, and the demands of a university department in rapid growth led Lewis to a breakdown in 1949. In the end, it might be Mrs. Moore’s death that became one of the most important factors in Lewis’ life. When she finally died, Lewis was able to finish Narnia, complete his academic magnum opus, take an academic chair, pen his spiritual autobiography, write the novel that was the height of his work as a storyteller, and fall in love.

These women–not to mention the haunting characters of the Eve of Perelandra and Orual of Till We Have Faces–are no doubt essential to Lewis’ biography. He was hardly the insular, sexist, Oxford bachelor that some would make him out to be. Quite the opposite. In his poetry, his writing, his spiritual life, his academics, and his apologetics, Lewis submitted to the wisdom and guidance of women in his life. More than anything, Lewis gave his heart in friendship and in love. It turns out he was a very remarkable man who had a mother, a lover, a friend, a mentor, and an inspiration in the women in his world.

“A Pilgrim in Narnia” is a blog project in reading and talking about the work of C.S. Lewis, J.R.R. Tolkien, and the worlds they touched. As a "Faith, Fantasy, and Fiction" blog, we cover topics like children’s literature, apologetics and philosophy, myths and mythology, fantasy, theology, cultural critique, art and writing. This blog includes my thoughts as I read through Lewis and Tolkien and reflect on my own life and culture. In this sense, I am a Pilgrim in Narnia--or Middle Earth, or Fairyland. I am often peeking inside of wardrobes, looking for magic bricks in urban alleys, or rooting through yard sale boxes for old rings. If something here captures your imagination, leave a comment, “like” a post, share with your friends, or sign up to receive Narnian Pilgrim posts in your email box. Brenton Dickieson is a father, husband, friend, university lecturer, and freelance writer from Prince Edward Island, Canada. You can follow him on Twitter, @BrentonDana.
View all posts by Brenton Dickieson →
This entry was posted in Original Research, Thoughtful Essays and tagged A Grief Observed, Abigail Santamaria, C.S. Lewis, Collected Letters of C.S. Lewis, Crystal Hurd, Elizabeth Anscombe, feminism, Flora Lewis, International Women's Day, Joy Davidman, Mary Neylan, Mere Christianity, Narnia, Perelandra, Ruth Pitter, Surprised by Joy, Till We Have Faces, Virginia Woolf. Bookmark the permalink.

20 Responses to The Women That Changed C.S. Lewis’ Life