My mother was a voracious reader. I remember watching her as she read on the couch or a deck chair, slowly turning the leaves as if she was counting the pages rather than gobbling up hundreds of words at a time. She devoured books. One of the saddest parts of her getting sick last year was that when she was on chemo she couldn’t concentrate well enough to read for long. The illness ate away at more than flesh and bone.

One of the last books she read was Sad Peninsula by Mark Sampson. I knew Mark back in high school, so I picked up a copy for my mother when he did a book launch in his old hometown. A metropolitan man now on his way to a solid Canadian literary career, I was curious at how Mark was doing. Truth be told, I got the book for my mother because I wanted to support Mark and this sort of novel is not up my alley. Besides, if it survived the fiercely critical eye of my mother, I could always borrow it.

Mark and I didn’t know each other well in school, but I was struck back then by his focus. Even as a teenager he said he wrote every day, and I believed him. He knew that he was meant to be a writer. At the time, I interpreted this resolve as arrogance. I now recognize that it was really envy, on my part, and vocation on his. I had all the dreams of authorship but none of the discipline. It was easier for me to silently disparage one of the only other thinkers in my English class I enjoyed than it was to face the blinking cursor on the blank screen for myself.

And when I finally sat down in front of that blank screen to tell a story, it was Mark’s resolve that was my model. Over years of failed attempts to make those words mean something, the image of the teenage Mark Sampson faded into anecdote. In 2006, knowing I could write a book because I had done so in a Masters degree, Stephen King’s On Writing gave me the confidence to turn those false-start writing sessions into something meaningful.

As I think about it now, I wonder if it wasn’t Mark that first brought Stephen King to my mind as a model of a successful writer. I believe that it was.

In any case, two decades have passed and I see in the newspaper that local-boy-done-good is launching his book with a big Toronto publisher. I was curious to know what Mark has done with that drive and focus?

One of the things he has done is write Sad Peninsula. My bias is clear, and I don’t know realistic fiction as well, but I thought this was a wow-factor book. Since I am untrustworthy on this point, I would like to share my mother’s assessment of this book.

She said it was one of the best books she had ever read. It is quite a statement from a lifelong insatiable reader.

Sad Peninsula is a two-stream historical fiction novel. One of the streams is the story of a Canadian ex-pat, fleeing the country under suspicious circumstances to teach in Korea. The protagonist, having lost his career and the love of his life, tumbles into the foreigner nightlife scene in Seoul. He spends his afternoons in the assembly line version of English teaching, and his nights in the bars and dance clubs of the seedier areas of Seoul. The protagonist soon discovers that the true demons that caused his Nova Scotian life to crumble have followed him to Korea. The real demons are in the heart, after all, and it is in that space that he must contend.

Plus there is a girl, a Korean girl, alien and alluring, wonderful and problematic. 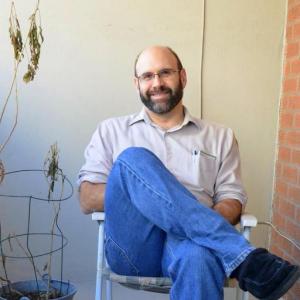 The second story stream is the secret shame of the difficult history between Japan and Korea. During Japan’s long occupation of the west coast of Asia, they managed Korea as a human resource colony. They recruited its men to fight in the war against the Allies, but they also recruited some of the women. Girls, actually, Korean girls who were snatched from their homes and brought to camps where they were raped repeatedly, hour after hour, day after day by Japanese soldiers. Korean “comfort girls” were taken from their families, stripped of their identities, and violated in every imaginable way. In the end those that survived received no compensation except the shame of harlotry that led many to a life of alienation from family and society. For those who found partners, many were so riddled by sexually transmitted diseases—or scarred by 1940s-era “cures”—that they were never able to have children.

While we might be able to understand the terror and humiliation of rape, it is difficult for non-Asians to know how Japanese colonialists heaped shame upon shame on the most vulnerable of their Korean citizens.

Mark Sampson compellingly tells the tale of one of these comfort women, Eun-young. It is a difficult story, and the temptations for the author to descend into a moralistic rant that would serve to torture the character—and the reader—must have been very great. Though there are many hard pages, Sampson avoids this descent into despair by doing a couple of interesting things.

First, he sets the ESL teacher stream of the story in the context of the first days of the 2003 US-UK action in Iraq. Lights are flashing in the dance club in Seoul as the night sky is filled with fire in Baghdad. The Canadian protagonist finds himself re-forming his identity not merely in dialogue with the otherness of Korean culture, but with that third alienation: the non-Americanness of Canadian presence in the world. It is something that Canadian ex-pats have to contend with. The ESL teacher’s particular perspective, however, places the Iraq war in conversation with Korean colonial relationships—first Japanese and then American. In this sense, both streams are historical fiction (a necessity as most Korean comfort women will have passed away within a few years of the book’s setting in 2003-2005).

Second, Sampson draws the stories of the Canadian ex-pat and the Korean comfort woman together. Not only does this put the ex-pat protagonist’s problems in a new kind of perspective, but it allows Eun-young’s character to shine. Allowing a tortured, bitter woman to shine is no difficult task, but Sampson deftly utilizes relationships of otherness to form the identity of our two “heroes”—beaten and pitiable as they are. The “others” in the text—a Japanese doctor, a party scene ex-pat, a mourning father, a shamed veteran, a Japanese tour guide, the girl who wasn’t taken, a fundamentalist roommate—are not mere foils. Sampson is comfortable with disintegration, and uses the varied stories of “others” in the text to set the context for the protagonists’ potential reintegration. Finding healing, though, is awfully hard, and not everyone can submit to that path.

This is a dangerous book that sits on the knife’s edge of disaster the entire time. Beyond the dangers I have mentioned of stereotyping or torturing his characters in a moral tale, Sampson is in danger of appropriating stories, of wandering into the complex history of Japan and Korea, and of villainizing those who are, according to some, clearly villains. Perhaps an even greater danger is the story of the teacher-writer in a Korean self-exile. I wonder if the lines between fiction and autobiography are dimmed beyond recognition here, so that the accusation of self-indulgence might be near.

Honestly, though, I’m glad for these dangers. In a world of safe books it is refreshing to see one that takes risks.

While it is not a perfect book, it is a compelling one. True to our twinned biographical history—mostly constructed in my head, for I doubt Mark has any particular thoughts about it—it is far better than the book I had sketched out about my experience as a Canadian ex-pat working and teaching in Japan. This may be one of the reasons that I gobbled this book down in greedy bites: though I’ve never been to Korea, I could identify with the changes that come over a person in immigrating to a new culture. You see things differently, and write new kinds of books.

My mother’s copy of Sad Peninsula is now my one. This is one the few things she left behind as she left this life. Cleaning her apartment in that other sad peninsula, Nova Scotia, I am glad I stepped out of my comfort zone and read this story. Sad Peninsula is an important book.

“A Pilgrim in Narnia” is a blog project in reading and talking about the work of C.S. Lewis, J.R.R. Tolkien, and the worlds they touched. As a "Faith, Fantasy, and Fiction" blog, we cover topics like children’s literature, apologetics and philosophy, myths and mythology, fantasy, theology, cultural critique, art and writing. This blog includes my thoughts as I read through Lewis and Tolkien and reflect on my own life and culture. In this sense, I am a Pilgrim in Narnia--or Middle Earth, or Fairyland. I am often peeking inside of wardrobes, looking for magic bricks in urban alleys, or rooting through yard sale boxes for old rings. If something here captures your imagination, leave a comment, “like” a post, share with your friends, or sign up to receive Narnian Pilgrim posts in your email box. Brenton Dickieson is a father, husband, friend, university lecturer, and freelance writer from Prince Edward Island, Canada. You can follow him on Twitter, @BrentonDana.
View all posts by Brenton Dickieson →
This entry was posted in Reviews and tagged Canadian literature, Japan, Korea, Mark Sampson, On Writing, Sad Peninsula, Stephen King, writing, WWII. Bookmark the permalink.