Please Vote: “The Outlaw In My Lineage” by Nicolas Dickieson 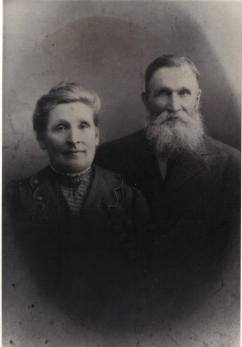 The other day I took my family for a walk around my land. It is just a handful of acres now, a field farmed for soybean or alfalfa. It once was part of a much larger 100-acre plot that was the outline of the family farm that formed the basis of Prince Edward Island culture before Canada was a gleam in our colonial parent’s eye. My family arrived in 1820, surviving a poor winter passage that saw land titles lost at sea. The result was that my ancestors had to lease poor quality land from non-resident landowners, never having the security to the call the land their own. They built houses and cleared land, developing roads and spaces for high-yield crops in our deep red soil. But if they missed a lease payment, it could all be lost.

Part of my family legend is my great-great-grandfather’s role in the “land question” in PEI. Like the fight in Ireland, Prince Edward Islanders engaged in a number of populist protests and political pressures to get the right to own the land. We take this right for granted, now, but in the moment of Canada’s birth–more than 40 years after my family began farming their land–we still couldn’t purchase the land we had turned from scrubby forest to farm, home, church, and community. 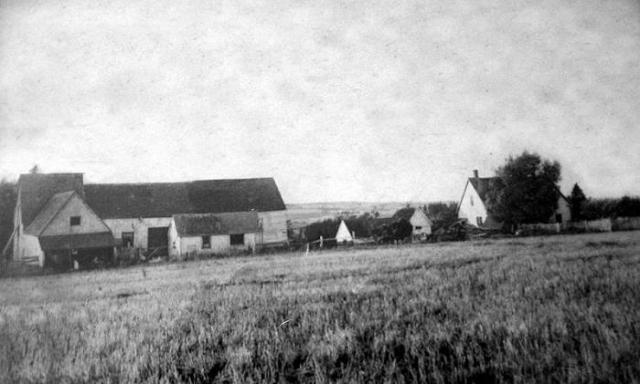 The Charles and Eliza Dickieson Homestead

Nicolas decided to tell the story of our ancestor’s actions that landed him in jail for 6 months in 1865. There is a family debate about how true the charges were, but Nicolas showed me the affidavit and other legal papers he found in the archive. He interviewed family members, historians, and PEI’s lead archivist. When he became a finalist at our provincial heritage fair, he was invited to submit a video about his project for a chance to be a delegate to a national conference in Ottawa (our capital–it’s not Toronto as most suppose!). 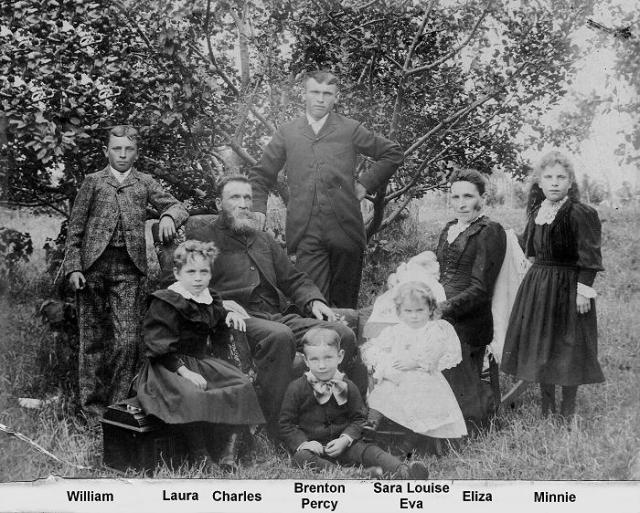 Charles and Eliza’s Family, including his son, whom I’m named after

I could not believe how long he spent writing, filming, and editing this video! Hours he spent, hunched over a laptop. I held the camera and helped filled out paperwork. His mother offered editorial support and hot chocolate. But the video is his own.

So, please consider voting for Nicolas’ project right now! Click on the link below. You can give one vote for each email address.

Nicolas’ Heritage Fair Video on “The Outlaw in My Lineage”

“A Pilgrim in Narnia” is a blog project in reading and talking about the work of C.S. Lewis, J.R.R. Tolkien, and the worlds they touched. As a "Faith, Fantasy, and Fiction" blog, we cover topics like children’s literature, apologetics and philosophy, myths and mythology, fantasy, theology, cultural critique, art and writing. This blog includes my thoughts as I read through Lewis and Tolkien and reflect on my own life and culture. In this sense, I am a Pilgrim in Narnia--or Middle Earth, or Fairyland. I am often peeking inside of wardrobes, looking for magic bricks in urban alleys, or rooting through yard sale boxes for old rings. If something here captures your imagination, leave a comment, “like” a post, share with your friends, or sign up to receive Narnian Pilgrim posts in your email box. Brenton Dickieson is a father, husband, friend, university lecturer, and freelance writer from Prince Edward Island, Canada. You can follow him on Twitter, @BrentonDana.
View all posts by Brenton Dickieson →
This entry was posted in Reflections and tagged Canada, farming, Heritage Fair, History, Nicolas, Prince Edward Island. Bookmark the permalink.

5 Responses to Please Vote: “The Outlaw In My Lineage” by Nicolas Dickieson