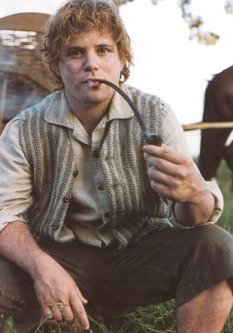 As far as I know, no one named Puddleglum or any Pevensie has ever written to C.S. Lewis. Has anyone named Ged or Arha ever written to Ursula K. Le Guin, if there is anyone with those names? Among the various Potter families in the world, certainly there is a Harry, but has he reached out to J.K. Rowling? I doubt there are many Kvothes around who read English fantasy; if there was, and they reached out to Patrick Rothfuss, we would probably get a blog about it.

We don’t know about these characters, but on March 13th, 1956, Sam Gamgee decided to write to J.R.R. Tolkien.

I have not seen a pair of letters from a Mr. Sam Gamgee of Brixton Road, London, but editor Humphrey Carpenter is kind enough to include parts of them in The Letters of J.R.R. Tolkien. Here is an excerpt from Sam Gamgee’s initial note, reaching out to Tolkien:

“I hope you do not mind my writing to you, but with reference to your story ‘Lord of the Rings’ running as a serial on the radio …. I was rather interested at how you arrived at the name of one of the characters named Sam Gamgee because that happens to be my name. I haven’t heard the story myself not having a wireless but I know some who have. …. I know it’s fiction, but it is rather a coincidence as the name is very uncommon, but well known in the medical profession.” 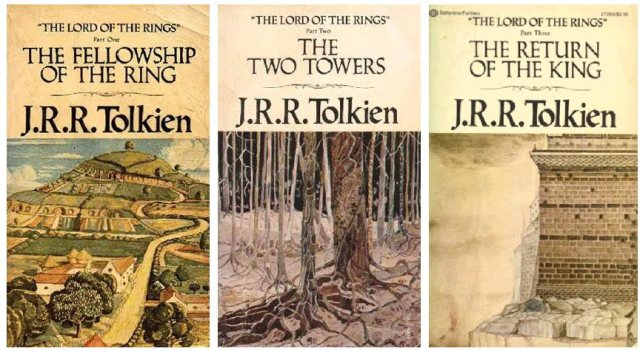 There are some remarkable things to note in this little letter. Already, in 1956, the Lord of the Rings phenomenon had grown to such an extent that it was serialized on BBC. Beyond what is unique about its fictional world and literary style, LOTR is among the first modern multimedia works. Readers of Tolkien, from that day to this, have discovered or rediscovered the text through film, radio, or television–even if these media ultimately fail to capture the majesty and complexity of the original stories. 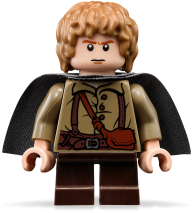 And note that Mr. Sam Gamgee of Brixton Road, London has not actually heard the story himself, but has picked it up on social conversation. Being too young to remember the original Frodo Lives movement–or even having to wait for the Legendarium to leak its way out–I can forget just how quickly Middle-earth mania caught on.

Plus, the guy’s name is Sam Gamgee, which has to be pretty rare!

Tolkien was clearly delighted by the letter, and relates the remarkable coincidence that just that week he had encountered the name of another Sam Gamgee in real life–this time a deceased Sampson Gamgee.

It was very kind of you to write. You can imagine my astonishment, when I saw your signature! I can only say, for your comfort I hope, that the ‘Sam Gamgee’ of my story is a most heroic character, now widely beloved by many readers, even though his origins are rustic. So that perhaps you will not be displeased by the coincidence of the name of this imaginary character (of supposedly many centuries ago) being the same as yours. The reason of my use of the name is this. I lived near Birmingham as a child, and we used ‘gamgee’ as a word for ‘cotton-wool’; so in my story the families of Cotton and Gamgee are connected. I did not know as a child, though I know now, that ‘Gamgee’ was shortened from ‘gamgee-tissue’, and that [it was] named after its inventor (a surgeon I think) who lived between 1828 and 1886. It was probably (I think) his son who died this year, on 1 March, aged 88, after being for many years Professor of Surgery at Birmingham University. Evidently ‘Sam’ or something like it,[1] is associated with the family – though I never knew this until a few days ago, when I saw Professor Gamgee’s obituary notice, and saw that he was son of Sampson Gamgee – and looked in a dictionary and found that the inventor was S. Gamgee (1828-86), &⁂ probably the same.

Have you any tradition as to the real origin of your distinguished and rare name? Having a rare name myself (often troublesome) I am specially interested.

The ‘etymology’ given in my book is of course quite fictitious, and made up simply for the purposes of my story. I do not suppose you could be bothered to read so long and fantastic a work, especially if you do not care for stories about a mythical world, but if you could be bothered, I know that the work (which has been astonishingly successful) is in most public libraries. It is alas! very expensive to buy – £3/3/0. But if you or any of your family try it, and find it interesting enough, I can only say that I shall be happy and proud to send you a signed copy of all 3 vols. as a tribute from the author to the distinguished family of Gamgee.

[1] My Sam Gamgee is Samwise not Sam(p)son or Samuel. 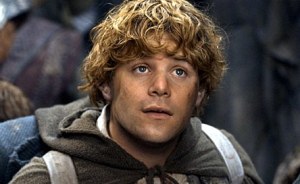 J.R.R. Tolkien was good to his word and sent the providential namesake of his baggy pants literary hero a signed copy of the Trilogy. Can you imagine the worth of a first edition copy of The Lord of the Rings signed by the author to Sam Gamgee? Worth more than £3, I’d wager–enough that the Gamgee descendants could afford a very nice wireless indeed.

“A Pilgrim in Narnia” is a blog project in reading and talking about the work of C.S. Lewis, J.R.R. Tolkien, and the worlds they touched. As a "Faith, Fantasy, and Fiction" blog, we cover topics like children’s literature, apologetics and philosophy, myths and mythology, fantasy, theology, cultural critique, art and writing. This blog includes my thoughts as I read through Lewis and Tolkien and reflect on my own life and culture. In this sense, I am a Pilgrim in Narnia--or Middle Earth, or Fairyland. I am often peeking inside of wardrobes, looking for magic bricks in urban alleys, or rooting through yard sale boxes for old rings. If something here captures your imagination, leave a comment, “like” a post, share with your friends, or sign up to receive Narnian Pilgrim posts in your email box. Brenton Dickieson is a father, husband, friend, university lecturer, and freelance writer from Prince Edward Island, Canada. You can follow him on Twitter, @BrentonDana.
View all posts by Brenton Dickieson →
This entry was posted in Reflections and tagged Arha, C.S. Lewis, Ged, Harry Potter, Humphrey Carpenter, J.K. Rowling, J.R.R. Tolkien, Lord of the Rings, Narnia, Patrick Rothfuss, Puddleglum, Samwise Gamgee, Ursula K. Le Guin. Bookmark the permalink.

14 Responses to When Sam Gamgee Wrote to J.R.R. Tolkien