Is Narnia an Allegory? (A Friday Feature from the Vault) 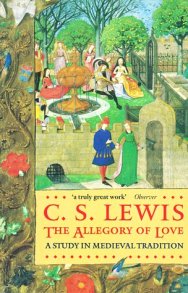 While tempted to leave it at that and produce the shortest blog of history, I think it is important to let the Narnian himself address the question. C.S. Lewis was, after all, a literary scholar who had written an entire academic book about the development of medieval allegory (The Allegory of Love). He knows what allegory is, when it works well, and how to use it when it is the best genre to use. He liked Bunyan’s Pilgrim’s Progress and George Orwell‘s Animal Farm. He himself wrote an allegory, The Pilgrim’s Regress, and never chose to do so again.

When Lewis turned to writing for children and his earlier science fiction books, he could have easily chosen allegory. Instead, he wrote fairy tale and space romances. J.R.R. Tolkien hated allegory “in all its manifestations” (see his 2nd edition foreword to The Fellowship of the Ring).  Lewis did not dislike allegory, but he saw greater potential elsewhere. Here is a paraphrase of a note in a letter to Fr. Peter Milward on Sep 22nd, 1956:

Into an allegory a writer can put only what he already knows: in a myth he puts what he does not yet know and could not come to know in any other way. 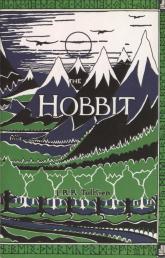 This is the adventure of fantasy writing. There was far too much unknown in Narnia and in the Ransom books for Lewis to leave them in allegory.

Yet, again and again, from the letters he answered, through published reviews, to academic conversations today, people talk about the allegorical elements in Narnia, and sometimes even call them allegories. Lewis and Tolkien protested similar treatments of The Hobbit and Lord of the Rings, publishing responses to critics who went astray. But if theses stories really aren’t allegories, how come so many think they are?

This is partly answered in Lewis’ rhetorical question to Wayland Hilton Young on Jan 31st, 1952: “is it possible for any man to write a fantastic story which another man can’t read as an allegory?” Readers experience a kind of gestalt effect: distinctions blur and new images emerge in our reading. It is part of what makes reading a dynamic, adventurous undertaking. It is why we reread books, over and over again.

The other part of the answer is probably equally hopeless to combat. 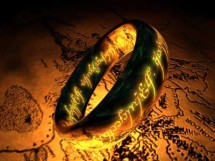 Clearly, we have no idea what we mean by the word “allegory.” If asked, doubtless educated readers would say something like, “stories where the characters or objects in the story have a one-to-one relationship with some idea or thing in the real world.” When we are pushed to say what this relationship is, it falls apart. The Ring of Power that Frodo must carry is what? Nuclear weaponry? Our dark tendency to dictatorship? Original sin? If we disregard what the author was doing and what his contextual conversations were like, then I suppose the ring could be anything.

Of course, then, we aren’t really saying anything about the text we are reading anyway.

Both Lewis and Tolkien denied this one-to-one relationship existed in their work. It isn’t that there isn’t symbollic value in saying, for example, that Frodo’s journey to Mount Doom is like Christ’s Passion. Or that the undragoning of Eustace in The Voyage of the Dawn Treader is a good image of conversion. And it doesn’t mean that mythopoeic writers are speaking to real life conversations about power and faith and culture. 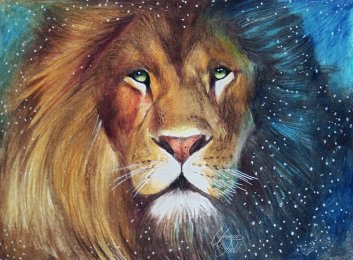 But calling them “allegory” tells us more about the reader than it does about the books themselves.

I thought it would be helpful to let Lewis himself explain. To Lucy Matthews on Sep 11th, 1958, he wrote:

You’ve got it exactly right. A strict allegory is like a puzzle with a solution: a great romance is like a flower whose smell reminds you of something you can’t quite place.

His most extensive response in letters, though, was to a Mrs. Hook on Dec 29th, 1958. It is such a helpful reading of Lewis’ own writing project that it is worth quoting at length:

Magdalen College,
Oxford.
29 Dec 1958
Dear Mrs Hook
By an allegory I mean a composition (whether pictorial or literary) in wh. immaterial realities are represented by feigned physical objects e.g. a pictured Cupid allegorically represents erotic love (which in reality is an experience, not an object occupying a given area of space) or, in Bunyan, a giant represents Despair.
If Aslan represented the immaterial Deity in the same way in which Giant Despair represents Despair, he would be an allegorical figure. In reality however he is an invention giving an imaginary answer to the question, ‘What might Christ become like if there really were a world like Narnia and He chose to be incarnate and die and rise again in that world as He actually has done in ours?’ This is not an allegory at all. So in ‘Perelandra’. This also works out a supposition. (‘Suppose, even now, in some other planet there were a first couple undergoing the same that Adam and Eve underwent here, but successfully.’)
Allegory and such supposals differ because they mix the real and the unreal in different ways. Bunyan’s picture of Giant Despair does not start from supposal at all. It is not a supposition but a fact that despair can capture and imprison a human soul. What is unreal (fictional) is the giant, the castle, and the dungeon. The Incarnation of Christ in another world is mere supposal: but granted the supposition, He would really have been a physical object in that world as He was in Palestine and His death on the Stone Table would have been a physical event no less than his death on Calvary.
Similarly, if the angels (who I believe to be real beings in the actual universe) have that relation to the Pagan gods which they are assumed to have in Perelandra, they might really manifest themselves in real form as they did to Ransom.
Again, Ransom (to some extent) plays the role of Christ not because he allegorically represents him (as Cupid represents falling in love) but because in reality every real Christian is really called upon in some measure to enact Christ. Of course Ransom does this rather more spectacularly than most. But that does not mean that he does it allegorically. It only means that fiction (at any rate my kind of fiction) chooses extreme cases….
Thank you for the kind things you say about my other works.
Yours sincerely
C. S. Lewis

“A Pilgrim in Narnia” is a blog project in reading and talking about the work of C.S. Lewis, J.R.R. Tolkien, and the worlds they touched. As a "Faith, Fantasy, and Fiction" blog, we cover topics like children’s literature, apologetics and philosophy, myths and mythology, fantasy, theology, cultural critique, art and writing. This blog includes my thoughts as I read through Lewis and Tolkien and reflect on my own life and culture. In this sense, I am a Pilgrim in Narnia--or Middle Earth, or Fairyland. I am often peeking inside of wardrobes, looking for magic bricks in urban alleys, or rooting through yard sale boxes for old rings. If something here captures your imagination, leave a comment, “like” a post, share with your friends, or sign up to receive Narnian Pilgrim posts in your email box. Brenton Dickieson is a father, husband, friend, university lecturer, and freelance writer from Prince Edward Island, Canada. You can follow him on Twitter, @BrentonDana.
View all posts by Brenton Dickieson →
This entry was posted in Feature Friday, Fictional Worlds, On Writing and tagged allegory, books, C.S. Lewis, children's literature, Collected Letters of C.S. Lewis, fantasy, Fictional Universes, J.R.R. Tolkien, Narnia, Ransom Trilogy, Reading, Science Fiction, The Fellowship of the Ring, writing. Bookmark the permalink.

19 Responses to Is Narnia an Allegory? (A Friday Feature from the Vault)