Why I Didn’t Finish IT as a Teen

Posted on September 19, 2017 by Brenton Dickieson 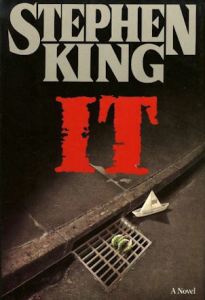 I was a couple of years older than the kids in IT when I picked it up the first time. The novel is filled with sexual content, gory violence, and profanity—very little of which was carried over to the Hollywood blockbuster out this month. IT is a creepy novel, and I know there is a long history of it leaving readers scarred. IT presses against the walls of fantastic worlds as we know them, daring to throw the reader headlong into a mythic realm from which they may never return. This novel is mature content on every possible measure.

Yet it wasn’t for any of those reasons that I set the book down. My capacity for difficult material as a kid was pretty large. My upbringing was far more R-rated than any Stephen King novel—and in some ways more dysfunctional than most of the families in Derry. Horror, thriller, and fantasy gore just don’t scare me, and it isn’t for violence that I’m attracted to the genre. Some have complained that King stretches the credibility of the reader, demonstrating violence far past what we can believe. Honestly, though, I wasn’t put off by any gap in King’s skill or the sheer ridiculousness of the fantasy concept.

No, I wasn’t thrown by IT because it was too fantastic.

Honestly, as a teen I couldn’t finish IT because it was too real.

Perhaps some context will help explain what must seem a fantastic claim, that I found Stephen King’s realism simply too much to bear. 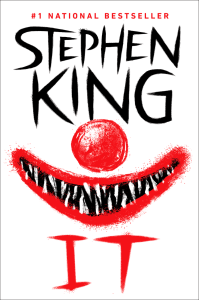 When I was 14, I had carried this lunky paperback of IT around with me for a month before I finally laid down on my grandparents’ chesterfield to dig in. The house was quiet that day, and would be quiet for many days after. That winter, my grandparents had buried their youngest son and youngest grandson. My father was dead, and my baby brother, just two years old. Their hearts fell when they saw me, sad for me and desperately sad for the echo of my father they saw in my face—and perhaps the ghost of a face my brother would never become. And it was that living room, that chesterfield, where I sat in the hours of that cold winter morning of their deaths, waiting to find out if all I knew was gone.

Though my mind could not believe it at the time, they had died before my eyes. Fire ripped through our home that night. I experienced the choking smoke, explosions of blue flame, and the creeping panic of fear that trembles toward terror. I never knew how loud fire was, how it roared and screamed so that when our kitchen windows exploded from heat, I could not hear the glass hit the frosty ground beneath our feet. I saw all that we knew as home turn brown along the edges and crumple up into fire.

Then I saw courage falter, my own courage, with the result that two of the people I loved the most in the world were lost in smoke and flame. 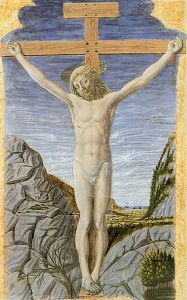 And as my mind reeled in that season, just a few months later I found myself in front of fire once more. It was a campfire this time, and the story had turned. Instead of weakness and hopelessness in the face of mortality, at this fire I learned about a limitless horizon of hope. Near the heat of these flames, I saw that the sacrifice my father made was an incarnational echo of the sacrifice of Christ, where self-giving love of the cross is the hingepoint of history. I found myth embedded in my whole reality, so that immortality and eternity turned out to be just seconds away from all this flesh and dirt.

All these experiences of that season—all these things I learned anew—was what I brought to my reading of IT. All my understanding of reality on both ends of eternity had radically transformed in two moments of firelight. Almost as soon as I picked up IT, I knew that it would be too much.

I know that many turn to Stephen King because he is the master of monsters. He certainly can throw his horrors on the screen of the mind, with few zippers showing on the monster’s back. But if you look at his greatest works, the horror falls into two camps. It is either bound up with the terrible mortality of the human heart—as in Carrie, The Shining, The Green Mile, The Dark Half, and the best of the novellas—or a great mythic evil, demonic in scope and amorphous in shape, as in The Stand, The Dark Tower series, and The Eyes of the Dragon. And while IT certainly fits in the latter category—anyone who knows the story knows it isn’t a monster tale—I think IT does what the best of Stephen King’s fiction does: showing with frightening clarity that terrible mortality of the faltering human heart, that darkness that rests in the souls of the broken, and transposing it upon the world in such a way that it transfigures into a great mythic evil foe. It is this feature, I believe, that is the thread that connects all the best of King’s work. 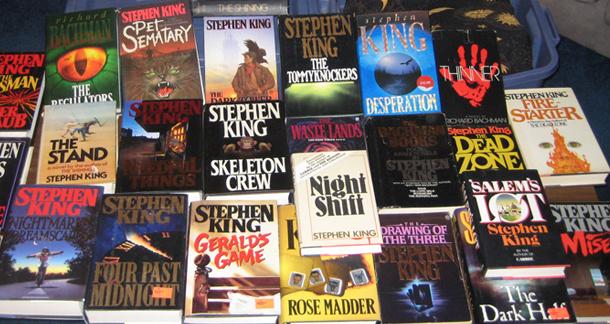 This is why I suggest, then, that realism is the taproot of Stephen King’s fantasy. The fantastic elements are not the true machinery of his speculative cosmos. King’s work is certainly fantasy. But the true monsters of our greatest living horror writer are simply a projection of the human heart on the wall of the world around us.

By the time I picked up IT as a fourteen year old, I had already glimpsed the darkness of my heart, the frailty of my frame, the mortality of all of human life, and the great mythic depth of a universe that had always been just next door. I knew almost immediately that I would find my heart in the pages of IT.

So I ran away. 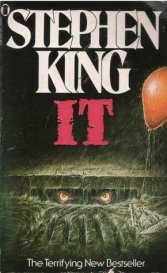 And, honestly, I had about as much reality as I could handle at the time.

Now, it is 27 years later, a fitting time for IT to rise again. I am just a little older than the Loser’s Club as adults. And here, now, finally, with healing and distance and fatherhood within me, I can handle the realism of Stephen King’s strangest world.

At least, I’m pretty sure that I can.

“A Pilgrim in Narnia” is a blog project in reading and talking about the work of C.S. Lewis, J.R.R. Tolkien, and the worlds they touched. As a "Faith, Fantasy, and Fiction" blog, we cover topics like children’s literature, apologetics and philosophy, myths and mythology, fantasy, theology, cultural critique, art and writing. This blog includes my thoughts as I read through Lewis and Tolkien and reflect on my own life and culture. In this sense, I am a Pilgrim in Narnia--or Middle Earth, or Fairyland. I am often peeking inside of wardrobes, looking for magic bricks in urban alleys, or rooting through yard sale boxes for old rings. If something here captures your imagination, leave a comment, “like” a post, share with your friends, or sign up to receive Narnian Pilgrim posts in your email box. Brenton Dickieson is a father, husband, friend, university lecturer, and freelance writer from Prince Edward Island, Canada. You can follow him on Twitter, @BrentonDana.
View all posts by Brenton Dickieson →
This entry was posted in Creative Writing, Thoughtful Essays and tagged Carrie, fantasy, fire, Horror, IT, mimesis, realism, Stephen King, The Dark Half, The Dark Tower, The Eyes of the Dragon, The Green Mile, The Shining, The Stand. Bookmark the permalink.