Thank God for Accidental Feminism, in Conversation with Courtney Reissig

It was an impulse buy. I was attracted by the main title, and I loved the cover with the forlorn girl in the superhero costume. Honestly, I never took the time to read the back cover or even the subtitle. I presumed it was a story of discovering Christian feminism from the perspective of a younger generation of author, like Sarah Bussey or Rachel Held Evans. What I discovered, instead, was one woman’s story of leaving a passive aggressive feminism behind and discovering–really recovering and naming–her place within conservative, complementarian Christianity.

In the spectrum of American Christian conversations about gender, complementarians assert the core equality of men and women, but see women in a helper role to their husbands and their church leaders. As ironies of history often go, it was a complementarian, Dr. Wayne Grudem, who popularized the phrase “evangelical feminism.” A Cambridge educated systematic theologian, Grudem has been successful in creating tract-like accessible books out of his theological work, often distributing them for free online. Grudem has led this generation’s charge against evangelicalism’s growing fondness for egalitarian and feminist views—people like Bussey, Held Evans, John Stackhouse, and Scot McKnight.

Grudem is one of the few theologians that the Accidental Feminist, Courtney Reissig, quotes often. Reissig is clearly within Grudem’s movement, trying to restore what she sees as biblical concepts of what it means to be a man or a woman. She writes to Christian women, in particular, who have questions about who they are to be in the world. I am not Reissig’s target audience. 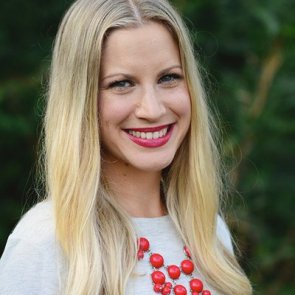 Though many within her movement will resonate with Reissig’s book, many other Christians will be frustrated or angered by The Accidental Feminist. However, Reissig offers a clear, simple presentation of the complementarian belief from a woman’s perspective. To her credit, she never negates egalitarian Christians or uses invective to reduce their validity. She is not even negative towards secular feminists, even when she disagrees most strongly.

Moreover, she has a pretty brilliant thesis: the effects of feminism has made its way into all of our lives so we cannot be disengaged. In this way, I agree. Aspects of feminism have found their way into everyday life, from the legal measures (which Reissig applauds) to public conversations about gender performance, vocation, and relationships. I agree with Reissig that even those who are not connected to feminist conversations are affected by what feminists have thought and done through history, as well as what they think and do now.

While she avoids invective, what I find frustrating in reading The Accidental Feminist is how consistently Reissig makes this one fatal error: she defines feminism in such a way that few feminists today—and no Christian feminist—could accept her definition. Over and over she reduces the definition of feminism to this one idea: “equality equals sameness” (14). The result is that her critique of feminism feels set up, addressing an almost unrecognizably narrow movement while missing the big conversation that is feminism—and Christian feminism—today. As someone who sees much more in the important challenge that feminism is, I wish Reissig could see past her limited definition.

I say “error” because I am presuming that she simply did not know that there is an entirely new generation of feminists today. In her survey of feminism, she misses the diversity of feminisms that defines today’s conversation, focussing on certain movements and perspectives. Even her own definition of third wave feminists includes those who would disagree with her “equality is sameness” definition of feminism. Christian feminists, in particular, do not define feminism in any of Reissig’s ways.

Yet she builds her entire case on these two points:

Elements of feminism embrace aspects of these points, but it is unfair to use a definition with an opponent that the opponent does not accept. It is like saying that pro-life advocates are simply women-haters, or people who drive cars are earth-haters, or people who eat meat are animal-haters. Of course, I agree that we should be careful of women-haters, earth-haters, and animal-haters. It is another matter altogether to consider engaging with a pro-lifer, a commuter, or a barbecue-er.

I struggle with the way Reissig twists the definitions of feminism and narrows it to the kind of feminist that is in her sights. For example, she equates sexy “how to get your man” magazine covers in the grocery store line up with Third Wave feminism. At best, those magazines are the detritus of a diverse but consistent assertion of women’s sexuality. She is probably right that Sex and the City comes out of Third Wave feminism; I’m less confident that Girls is in solidarity with it. The result is a work that critiques a feminism that very few actual hold–no one I have ever met, the feminism of someone’s mother and grandmother, but not mine. It is unclear to me what Fourth Wave feminism will become in this crazy moment of social politics, but Reissig is either uneducated or exceptionally selective when it comes to her understanding of feminism.

Still, there is value in this books for a couple of reasons. One is Reissig’s story, for her courage and clarity in telling it. Feminism is about allowing space for individual women in telling their stories, and Reissig thinks that complementarianism is God’s best—not just for her but for all women. To deny that Reissig finds complementarianism fulfilling is to take away the value of her story (and I have included a video below with a short introduction to that story). We may disagree with Reissig’s interpretation of texts or the way she approaches Scripture: I disagree with both. But we don’t take away the value of her story. Careful social critics and Christian thinkers, if they would like to demonstrate integrity, should listen to the actual experience and thought of complementarians and resist glib assumptions. And those assumptions are rampant. 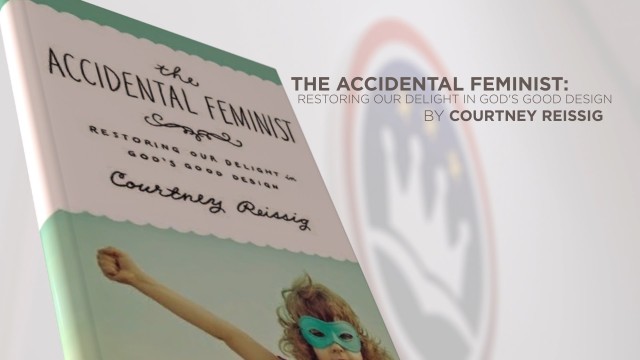 Another value is the thesis itself, which I can’t help but turn upside down. Whereas Reissig is worried about the effects of feminism seeping into our culture, I am thrilled by them. While I am an intentional feminist, and not an accidental one, I am pleased that Reissig confirms for us that feminism is having an effect.

As far as impulse buys go, I am glad I was invited into Courtney Reissig’s story. She is really at her best when she is talking about her own experience as a working mother who has struggled with delayed fertility, work-life balance, hard family choices, and the interesting path of being a public speaker and writer. Plus, she has given me hope. In this world where it seems that there are still great gender imbalances in politics, work, and education, I am glad to see that some effect remains.

As the son, grandson, brother, husband, friend, student, teacher, and partner of powerful women, as a Christian who seeks ever and more to have biblical teaching form every part of his belief and vision, I thank God for accidental feminism. In the midst of profound disagreement and disturbance of spirit, still Reissig’s book gives me hope.

“A Pilgrim in Narnia” is a blog project in reading and talking about the work of C.S. Lewis, J.R.R. Tolkien, and the worlds they touched. As a "Faith, Fantasy, and Fiction" blog, we cover topics like children’s literature, apologetics and philosophy, myths and mythology, fantasy, theology, cultural critique, art and writing. This blog includes my thoughts as I read through Lewis and Tolkien and reflect on my own life and culture. In this sense, I am a Pilgrim in Narnia--or Middle Earth, or Fairyland. I am often peeking inside of wardrobes, looking for magic bricks in urban alleys, or rooting through yard sale boxes for old rings. If something here captures your imagination, leave a comment, “like” a post, share with your friends, or sign up to receive Narnian Pilgrim posts in your email box. Brenton Dickieson is a father, husband, friend, university lecturer, and freelance writer from Prince Edward Island, Canada. You can follow him on Twitter, @BrentonDana.
View all posts by Brenton Dickieson →
This entry was posted in Reviews, Thoughtful Essays and tagged Courtney Reissig, egalitarianism, feminism, Girls, John G. Stackhouse, pop culture, Rachel Held Evans, Sarah Bussey, Scot McKnight, spiritual theology, The Accidental Feminist, theology, Theology of Culture, Wayne Grudem. Bookmark the permalink.

6 Responses to Thank God for Accidental Feminism, in Conversation with Courtney Reissig