Posted on October 8, 2018 by Brenton Dickieson

I want to welcome back Prof. Dale Nelson. Dale has written for us before (see here and here and here), and he is following up his great Peruse Some Old Books With C.S. Lewis post with some more! Drawing on his years of experience as a columnist writing for CSL on the books from C.S. Lewis’ bookshelf, he here takes us for a walk through a used bookstore, pulling down volumes that Lewis read or owned and sharing their stories–often from books we have never even heard of. I hope you enjoy this second edition.

Reading my article published here in mid-July, visitors to A Pilgrim in Narnia, as it were, picked up and turned over eight books that might have shown up in a musty London bookshop. The books had in common a connection with C. S. Lewis.  Here are some more books mentioned in Lewis’s letters, in people’s reminiscences of Lewis, and/or in Margaret Anne Rogers’s 1969 paper C. S. Lewis: A Living Library. 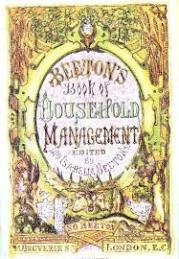 I don’t know which edition of Mrs. Beeton’s famous book it was that Lewis referred to on 26 August 1960, when he wrote to Anne Scott: “Cookery books are not such bad reading. Have you Mrs Beeton with the original preface? It is delicious.”

Mrs. Beeton provides recipes involving rabbit, calf’s feet, calf’s head, stewed ox-tails, roast goose, roast larks, eels, turtles, etc., as well as more recognizable edibles. Her book covers etiquette guiding the paying of morning calls and the arrangement of guests for dinner parties. She sets forth the duties of lady’s maids and includes directions for hair pomatum (quarter-pound of lard, 2-pennyworth of castor oil, and scent). Mrs. Beeton warns of nurses who may drug babies to keep them quiet. In case of an emergency, when a physician is not immediately available, she tells how to bleed a patient. Cholera may be avoided by means of strict cleanliness and “judicious ventilation.” She has legal advice, too, and provides a model for an IOU (for ten pounds to pay for coal). Household Management is a valuable window into respectable Victorian England. 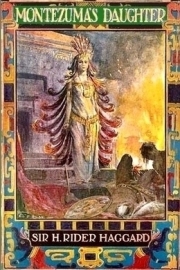 John Wain remembered his tutor, C. S. Lewis, and meetings of the Inklings, in Sprightly Running: Part of an Autobiography (U. S. edition 1963, p. 184):

“Lewis considered ‘fine fabling’ an essential part of literature, and never lost a chance to push any author, from Spenser to Rider Haggard, who could be called a romancer.”

Montezuma’s Daughter was one of the Haggard volumes in Lewis’s library.  The tale’s Elizabethan hero, Thomas Wingfield, follows the wicked Spaniard Juan de Garcia to the New World. Wingfield helps the Aztecs resist the conquistadors. He pursues de Garcia to the lip of a volcano. But suddenly, Wingfield becomes the awe-stricken spectator as his enemy seems to fight desperately against invisible attackers. Suddenly de Garcia throws wide his arms as if he has been struck in the heart, cries out, and falls into the pit.

Lord of the Rings readers will recall Gollum’s struggle with the invisible Frodo, and Gollum’s wail as he falls into Mt. Doom’s fiery cracks. I’ve argued, in “Tolkien’s Further Indebtedness to Haggard” (Mallorn: The Journal of the Tolkien Society #47 [Spring 2009]: 38-40), that the passage is one of the most striking examples of numerous parallels between incidents in Haggard’s romances and passages in Tolkien’s fantasy. I discuss some of them in my long article on 19th– and 20th-Century influences on Tolkien in the J.R.R. Tolkien Encyclopedia (ed. Michael Drout, 2006). Tolkien acknowledged the influence of Haggard’s She in a 1966 interview conducted by Henry Resnick. 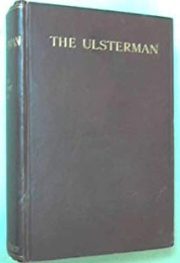 This novel appears in the 1969 catalog of Lewis’s library, but while we have his brother Warren’s comments on it, we don’t know for sure that “Jack” Lewis himself read it. In 1967, Warren read this novel again. He wrote in his diary that he found it “a burning, bitter, but lifelike picture.” Warren concluded that the rudeness, exasperating inquisitiveness, and bullying of his and Jack’s father were not peculiar to Albert, but all too typical of Ulster heads of families. Warnie copied passages from pages 171-172 and 253, such as the place where James Alexander’s son Ned asks if it’s “any wonder that when we’re treated like this, we sons turn out liars and hypocrites?”

James Alexander is a 55-year-old Belfast mill-owner, and, like others of his generation, speaks a prickly “dialect.” His resentful brother Dick supports Ned’s secret love affair with a Roman Catholic girl, knowing how James would hate for his son to marry a “Papish.”

“People about here are like spies, but they have nothing to talk about …. nothing beyond Home Rule; they read no books, they have no taste in music or in pictures or in anything else that occupies the attention of people elsewhere – in Dublin or London.”

One remembers Lewis’s remarks about the endless political talk so characteristic of the adults in his boyhood home. 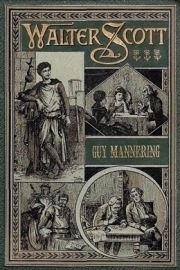 In former years, dusty volumes of Scott were inevitable lumber in used bookstores. By now, I suppose, many of those books have been recycled as waste paper. Scott’s popularity in the 19th century was such that enormous quantities were printed, but he has long since fallen out of favor with the reading public.

But Lewis relished Scott’s best novels. “Lovers of Scott will always dispute which is his best novel, but all will put Guy Mannering among the first three,” opined John Buchan in his 1932 study, adding that in this book Scott “wrote of a land which he knew intimately [the Dumfries-Galloway region in Scotland’s southwest] and of a people whom he understood and loved”; Buchan believed the book displayed “great narrative skill.”

In a scene set in a ruined castle on the land that is rightfully his, the degenerate laird Bertram encounters the clerk Glossin, and begins to recite an old prophetic verse:

The dark shall be light,
And the wrong made right,
When Bertram’s right and Bertram’s might
Shall meet on — 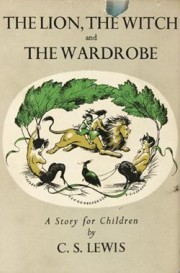 (He doesn’t remember what else, but he’s sure “height” completes the rhyme). Reading this bit in Chapter 41, the Lewis fan will wonder if the prophecy recited by Mr. Beaver, in The Lion, the Witch and the Wardrobe, “Wrong will be right, when Aslan comes in sight,” etc. (Chapter 8), echoes Scott – perhaps deliberately.

Lewis censured Scott’s carelessness as a writer with a sentence from this novel — “Nothing could be worse than the sentence in which Mannering looks up and the planets ‘rolled’ above him, ‘each in its orbit of liquid light’” (slightly misquoting Scott!) — but he also referred to the book for one of his examples of Scott’s lively talkers (Julia Mannering), in his paper read to the Edinburgh Sir Walter Scott Club in 1956 (printed in Selected Literary Essays).

There’s plenty of dialect and allusion in the novel, so readers will benefit by an extensively annotated edition such as the Penguin Classics one (2003). 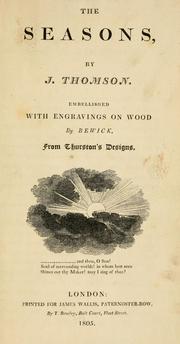 Scotsman James Thomson (1700-1748) has, I suppose, fallen from visibility in college literature survey courses.  This long poem might still appeal to some readers for its descriptions of nature and its example of a mind well-stocked with its age’s learning and sentiments (e.g. esteem for moderation), and for Thomson’s foreshadowings of the coming Romantic era.  One encounters a bygone conception of the great dramatist when Thomson refers to “wild Shakespeare… nature’s boast.”  The moon is “a smaller earth,” with mountains and “umbrageous dales” visible through the telescope. Stars are “life-infusing suns of other worlds.” Science fiction is becoming possible!

“I am so glad you liked the Seasons” (Lewis to Arthur Greeves, 1 Oct. 1931).  Thomson appears in a 1947 list of thirty “long authors” whom Lewis recommends as reading for a young man preparing to come to Oxford to study English. 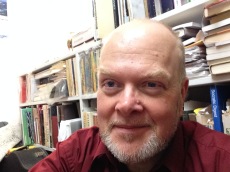 Dale Nelson’s collection of ghostly tales, Lady Stanhope’s Manuscript and Other Stories, was published in Fall 2017 under Douglas Anderson’s Nodens Books imprint, which will also publish his J.R.R. Tolkien: Studies in Reception. Nelson is working on a second collection, The Ivy and the Wind: Strange Stories.

“A Pilgrim in Narnia” is a blog project in reading and talking about the work of C.S. Lewis, J.R.R. Tolkien, and the worlds they touched. As a "Faith, Fantasy, and Fiction" blog, we cover topics like children’s literature, apologetics and philosophy, myths and mythology, fantasy, theology, cultural critique, art and writing. This blog includes my thoughts as I read through Lewis and Tolkien and reflect on my own life and culture. In this sense, I am a Pilgrim in Narnia--or Middle Earth, or Fairyland. I am often peeking inside of wardrobes, looking for magic bricks in urban alleys, or rooting through yard sale boxes for old rings. If something here captures your imagination, leave a comment, “like” a post, share with your friends, or sign up to receive Narnian Pilgrim posts in your email box. Brenton Dickieson is a father, husband, friend, university lecturer, and freelance writer from Prince Edward Island, Canada. You can follow him on Twitter, @BrentonDana.
View all posts by Brenton Dickieson →
This entry was posted in Guest Blogs, Reviews and tagged books, C.S. Lewis, Frank Frankfort Moore, Guy Mannering, H. Rider Haggard, James Thomson, lion the witch and the wardrobe, Lord of the Rings, Montezuma’s Daughter, Reading, Selected Literary Essays, She, Sir Walter Scott, The Lion. Bookmark the permalink.