Literary Diversity and the Bottomless C.S. Lewis: A Unique Journey in Books

Posted on March 5, 2019 by Brenton Dickieson 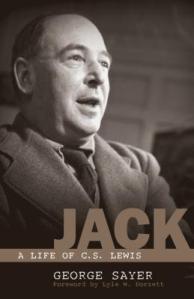 In George Sayer‘s compelling biography of C.S. Lewis, Sayer recalls the first time he met his future tutor and friend. Before and after his first meeting, Sayer found himself chatting with an unknown professor, later to be revealed as J.R.R. Tolkien. When Sayer described how his  first meeting went, Tolkien remarked:

This bottomless Lewis creates some interesting puzzles for biographers, but it is also a neat phenomenon for readers. I don’t know how you tumbled into Lewis. For me, I had read Narnian fairy tales as a child, and had used sections from Lewis’ most popular apologetics, Mere Christianity, as a young teacher, but hadn’t seriously wrestled with it. When my wife and I immigrated to Japan, we found ourselves inheriting an advanced English class that had The Great Divorce as the main text for the year. 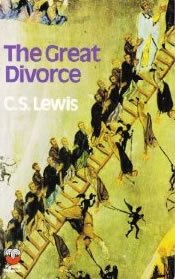 Reading that book, a Dante-like dream vision, and reading it with people from another culture as we looked at it word-by-word, line-by-line, is probably an unusual way for an adult encounter with Lewis. Yet the experience invited me deeper into his world of books over the next few years. I turned seriously to the apologetics books, especially Mere Christianity and The Problem of Pain, as a professor of religious studies in the hot, heady new atheist days of the last decade. The Ransom Trilogy was a great delight, rousting a long-lost love of classic sci-fi. I found myself reading Letters to An American Lady and Of Other Worlds at the beach, and was soon tumbling through his essays. And, just before I decided to do a Ph.D. on C.S. Lewis, I found myself peculiarly attracted to A Grief Observed, mostly for its intensely personal logic.

Like Stephen Fry‘s “linguistic elasticity,” my journey into C.S. Lewis’ literary career is such that I can be certain that nobody has ever done it that way before in the history of communication. Or even in Dorset. My reading experience is a unique child born of a unique mother.

Where does this unique pathmaking in Lewis’ literary life come from?

Kath Filmer once suggested that “every novel in his oeuvre was a ‘radical departure’ for Lewis” (The Fiction of C.S. Lewis, 112). If we change “novel” to “book” and allow Narnia to sit as a single experiment, she is on to something. Even in Narnia, which is a tightly written septet of children’s fantasy patterned after fairy tales, each one has a distinctive atmosphere and a unique adventure. The plotline of The Voyage of the Dawn Treader and The Horse and His Boy follows fairly typical adventure stories and will be emulated many times over in the half-century to follow. I’m not certain that something like The Lion, the Witch and the Wardrobe or The Last Battle has ever existed before, and may never be approximated again.

What is the reason for this greatly varied writing career?

There are many answers, I suppose, but I kind of want to resist an answer that might pin Lewis down. Lewis loved diversity, and the bookshelf he has donated to future readers is a dramatic example of someone who took joy in playing with his pen. He was compelled to write because of requests from people, because he saw a problem or possiblity in culture around him, because of images that popped into his head, and because of storylines that worked through him over years and decades. I think any of us who are writers know why he wrote so much (hint: it isn’t because of missing a joint in his thumb). But why did he write so many different kinds of things? 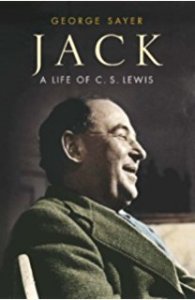 In the end, I think that Lewis wrote with such vigorous and beautiful diversity because he thought it was fun.

Not a terribly academic answer from a Lewis scholar, I know, but I think we need look no further. And I think that sense of fun and enjoyment of many different kinds of stories and books started early for Lewis. George Sayer looked through the Lewis Papers and discovered that:

“Jack [Lewis] had begun to make up stories before he could write, with his father acting as amanuensis…. By the age of ten, he had acquired the habit of writing. He spent some time every day and most of his time on rainy days in the attic writing and illustrating books. He produced a bibliography, a “list of my books,” seven items, including a novel, “Man Against Man,” a history called “The Relief of Murry,” and “My Life” (a journal)” (Jack, 49, 51-2). 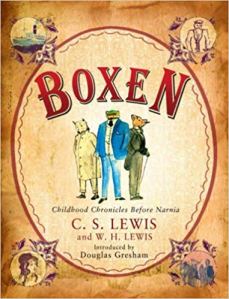 There we see it: stories, illustrations, a novel, a history, a journal that looks like a prepubescent attempt at a memoir. The collection called Boxen is Lewis’ childhood collaboration with his brother and includes a play (a comedy), vignettes, sketches, copious histories, “scenes from Boxonian city life,” and Encylopedia Boxonia with lists and timelines–all mapped and diagrammed and beautifully illustrated. The only thing missing from that collection is fantasy and poetry, the two genres Lewis would play with as a teenager (in The Quest of Bleheris and Loki Bound) when he wasn’t writing lyric poetry that would become his first book, Spirits in Bondage.

Following his poem collection, he published a narrative dystopic poem (Dymer), started a realistic novel, began writing reviews and literary essays, started his first literary history (The Allegory of Love), and penned the best of his poems that appeared in The Pilgrim’s Regress. All of this, and perhaps two or three narrative poems, were before his conversion to Christianity in 1931–a conversion that seems to have deepened Lewis’ worldview and broadened his literary vision.

This is C.S. Lewis’ literary playground. This habit for genre diversity and story play began in childhood and continued throughout his life. My journey into his books is no doubt different than yours, but that is the fun of it, I think. In this case, I think Tolkien is right: you’ll never reach the bottom of C.S. Lewis.

“A Pilgrim in Narnia” is a blog project in reading and talking about the work of C.S. Lewis, J.R.R. Tolkien, and the worlds they touched. As a "Faith, Fantasy, and Fiction" blog, we cover topics like children’s literature, apologetics and philosophy, myths and mythology, fantasy, theology, cultural critique, art and writing. This blog includes my thoughts as I read through Lewis and Tolkien and reflect on my own life and culture. In this sense, I am a Pilgrim in Narnia--or Middle Earth, or Fairyland. I am often peeking inside of wardrobes, looking for magic bricks in urban alleys, or rooting through yard sale boxes for old rings. If something here captures your imagination, leave a comment, “like” a post, share with your friends, or sign up to receive Narnian Pilgrim posts in your email box. Brenton Dickieson is a father, husband, friend, university lecturer, and freelance writer from Prince Edward Island, Canada. You can follow him on Twitter, @BrentonDana.
View all posts by Brenton Dickieson →
This entry was posted in On Writing, Thoughtful Essays and tagged apologetics, books, C.S. Lewis, George Sayer, J.R.R. Tolkien, Jack, Mere Christianity, Narnia, The Great Divorce, writing. Bookmark the permalink.

17 Responses to Literary Diversity and the Bottomless C.S. Lewis: A Unique Journey in Books