A Peasant Pagan Prayer in Till We Have Faces

Posted on February 24, 2020 by Brenton Dickieson 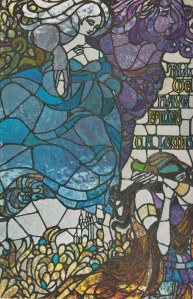 My first two degrees in literature are in sacred literature, the Hebrew Bible and the New Testament. In those texts, there is a constant conversation about the heart of true faith. From Hannah’s prayer to the spirituality of the Psalms, from God’s lawsuit against the leaders of faith in Isaiah to the Sermon on the Mount, the prophets, poets, and pastors of God’s people are urging them to “bow the knees of the heart,” a phrase from The Prayer of Manasseh. I have come to believe that holiness is integrative, and we are certainly a generation that yearns for authenticity.

But I have been always frustrated by lacunae in the pictures of ancient peoples’ spirituality. I long to know the inside of their hearts. I have lived in Japan, and I know a number of Pagans and polytheists today. People around me are talking about indigenous spiritualities in discovery and recovery. I teach students from parts of the world where they carry to Canada the gods of their ancestors, places like India and Nigeria. I have ways of finding out whether their religion is integrative in the same way as mine, or in what ways it is different.

But I have been never able to get into the mind of the ancient peoples I know best–the Egyptians, the Greeks and Romans, and some of the Nordic peoples. I sometimes felt the inside when studying the Greco-Roman mystery cults, but that was largely in the midst of ritual. Frankly, I know my own heart: I can feign a ritual, or operate out of fear, or use systems to seek power. I have always wondered, though, when you strip away hypocrisy and power struggles that exists everywhere, what normal Pagan peasants felt in their faith. Among the masses, did the worshippers of Ishtar and Ra and Baal and Tiamat and the Allfather feel gratitude, repent of disharmony, lift their heads in wonder, and feel moved to do something beautiful? 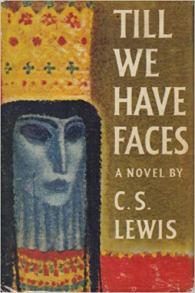 Surely some did, but I don’t know their stories. It is a peculiar gift of the Jews that their writings include at least the yearning toward the interior life of faith, and their interest can sometimes include the lives of those outside of religious and royal courts. But in my studies, I never got to the point of finding that rhythm outside of the Hebrew people and the first generation of Jewish Christ-believers.

Perhaps this was why in my reading of Till We Have Faces, I was struck by the empathy that Lewis showed toward the followers of Ungit. The protagonist, Queen Orual, despises Ungit, and is moved by her. Her mentor, the Fox, decries the “lies of poets and priests.” The entire book is a lawsuit against the gods, so we can imagine some antipathy in the writing.

Yet, there are characters who show an integrated and wholesome faith. One is the older Priest of Ungit, whom the King of Glome presumes to be a power player, someone who uses religion for his own purposes. Young Orual learns differently, though–a lesson that comes accidentally from her father. When feeling threatened by the Priest’s prophetic stillness and his senior soldier’s choice of piety over loyalty to the court, the King strides forward and places the point of a dagger through the Priest’s robes and against the skin, uttering a jaunt that is also a threat. Orual’s response is telling:

I have never (to speak of things merely mortal) seen anything more wonderful than the Priest’s stillness. Hardly any man can be quite still when a finger, much less a dagger, is thrust into the place between two ribs. The Priest was. Even his hands did not tighten on the arms of the chair. Never moving his head or changing his voice, he said,

“Drive it in, King, swift or slow, if it pleases you. It will make no difference. Be sure the Great Offering will be made whether I am dead or living. I am here in the strength of Ungit. While I have breath I am Ungit’s voice. Perhaps longer. A priest does not wholly die. I may visit your palace more often, both by day and night, if you kill me. The others will not see me. I think you will” (book I, ch. 5). 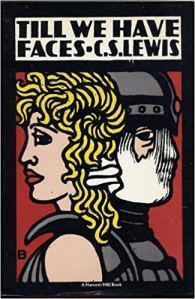 This courage convinces Orual that the Priest is no mean schemer. “He was sure of Ungit,” Orual knew from that moment.

We also see this kind of sureness in Psyche, but in a picture of joy and longing rather than grim assurance. On the eve of her offering to the gods–what all presume to be her death, either by wild beasts or exposure or the devouring of the god of the mountain–Psyche cannot wholly regret her going. Psyche has doubt, desperate doubt. But, ultimately, she has a kind of longing for the mountain, and a longing for death, that has been in her since childhood. And when she is found by the god of the mountain, her love for him is true.

For a book about Pagan religion in the highest powers of a small land, the lack of hypocrisy among the characters is striking. Beyond the King–who’s hypocrisy, I argue, is paradigmatic–the Fox is perhaps the closest, and even he falters in being tempted to believe, not the opposite. We get the sense that many in Glome have the spirituality of Bardia, captain of the guard:

“Lady,” says he, “it’s not my way to say more than I can help of gods and divine matters. I’m not impious. I wouldn’t eat with my left hand, or lie with my wife when the moon’s full, or slit open a pigeon to clean it with an iron knife, or do anything else that’s unchancy and profane, even if the King himself were to bid me. And as for sacrifices, I’ve always done all that can be expected of a man on my pay. But for anything more — I think the less Bardia meddles with the gods, the less they’ll meddle with Bardia” (book I, ch. 12). 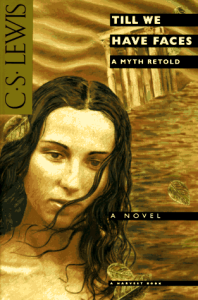 Frankly, that’s a spirituality that fits well in the village life where I live today.

Till We Have Faces gives us a variety of pictures of Pagan piety. Aren’t we still in court, though? Bardia, the Fox, the Priest, Psyche the King and Orual herself–these are the royals and religious whose inner life sometimes comes out in history. What about the peasants?

Lewis includes that perspective too in a story set on the night of the Year’s birth. Lewis describes in some detail the New Year’s rituals of Glome–and some of the nicest features in world-building in Till We Have Faces are the little cultural and religious notes. As Orual and the new Priest rest in the temple, both a bit worn out in their advanced years, the novel provides a glimpse at peasant Pagan spirituality:

Presently the little door on my right opened and a woman, a peasant, came in. You could see she had not come for the Birth feast, but on some more pressing matter of her own. She had done nothing (as even the poorest contrive for that feast) to make herself gay, and the tears were wet on her cheeks. She looked as if she had cried all night, and in her hands she held a live pigeon. One of the lesser priests came forward at once, took the tiny offering from her, slit it open with his stone knife, splashed the little shower of blood over Ungit (where it became like dribble from the mouth of the face I saw in her) and gave the body to one of the temple slaves. The peasant woman sank down on her face at Ungit’s feet. She lay there a very long time, so shaking that anyone could tell how bitterly she wept. But the weeping ceased. She rose up on her knees and put back her hair from her face and took a long breath. Then she rose to go, and as she turned I could look straight into her eyes. She was grave enough; and yet (I was very close to her and could not doubt it) it was as if a sponge had been passed over her. The trouble was soothed. She was calm, patient, able for whatever she had to do.

“Has Ungit comforted you, child?” I asked.

“Oh yes, Queen,” said the woman, her face almost brightening, “Oh yes. Ungit has given me great comfort. There’s no goddess like Ungit.”

“Do you always pray to that Ungit,” said I (nodding toward the shapeless stone), “and not to that?” Here I nodded towards our new image, standing tall and straight in her robes and (whatever the Fox might say of it) the loveliest thing our land has ever seen.

“Oh, always this, Queen,” said she. “That other, the Greek Ungit, she wouldn’t understand my speech. She’s only for nobles and learned men. There’s no comfort in her (book II, ch. 2). 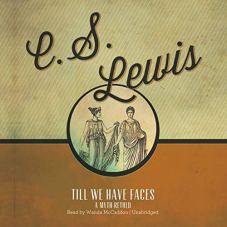 We can’t forget that this is only Lewis’ imagination of peasant piety, imbibed through decades of loving European and Mediterranean classical literature and captured in a moment of contrasts within Orual’s self-realization of the book. I know it is a fictional portrayal, but it is one that I deeply appreciate. In story-form, it is as close as I have come to the inside of a world which is now largely lost to us–the inner heart of peasant spirituality in the lands where the gods reigned in the social consciences of the powerful and the weak alike.

“A Pilgrim in Narnia” is a blog project in reading and talking about the work of C.S. Lewis, J.R.R. Tolkien, and the worlds they touched. As a "Faith, Fantasy, and Fiction" blog, we cover topics like children’s literature, apologetics and philosophy, myths and mythology, fantasy, theology, cultural critique, art and writing. This blog includes my thoughts as I read through Lewis and Tolkien and reflect on my own life and culture. In this sense, I am a Pilgrim in Narnia--or Middle Earth, or Fairyland. I am often peeking inside of wardrobes, looking for magic bricks in urban alleys, or rooting through yard sale boxes for old rings. If something here captures your imagination, leave a comment, “like” a post, share with your friends, or sign up to receive Narnian Pilgrim posts in your email box. Brenton Dickieson is a father, husband, friend, university lecturer, and freelance writer from Prince Edward Island, Canada. You can follow him on Twitter, @BrentonDana.
View all posts by Brenton Dickieson →
This entry was posted in Reflections and tagged Ancient Near East, Bible, C.S. Lewis, Classical Mythology, Greco-Roman World, Greek Mythology, Hebrew Bible, New Testament, paganism, spirituality, The Prayer of Manasseh, Till We Have Faces. Bookmark the permalink.

Author of fairy tales with a folkpunk and steampunk twist