Posted on March 4, 2020 by Brenton Dickieson

I began this blog way back in 2011 as a sandbox project for thoughts about C.S. Lewis’ writings. “Pilgrimage” was a word-picture I was using a lot for my life then, at a time when I couldn’t afford to go anywhere! As a result, I was trying to create pilgrimages of the mind and heart.

I found this metaphor worked well for stories and fictional worlds, too. Narnia is, after all, both a sacred place and a land of adventure.

Thinking about the reader joining other pilgrims on the palmer’s way gives us a powerful way to appreciate our journeys into Narnia, Middle-earth, Discworld, Lilliput, Earthsea, New Urth, Panem, Ringworld, Oz, the Enderverse, the Field of Arbol, ancient Avalon and Númenor, the worlds of Harry Potter or the Dark Tower, Jane Austen‘s drawing-room, the New England states of H.P. Lovecraft or Stephen King, Neil Gaiman‘s London or America, or L.M. Montgomery‘s land of wonder, Prince Edward Island. These worlds are not just destinations, but by going there we are shaped and challenged and given new visions of what is good and true and beautiful.

Intriguingly, I also believe that by going to fictional and fantastic worlds we are given new visions of what is possible.

The word-picture of “Pilgrimage” worked, I think. And it still works. That’s largely a fluke. Though I should update the blog design, I have found the header to be constantly relevant to what I am doing. As I imagined it myself, readers can imagine C.S. Lewis walking down that country road. For whatever reason, we can imagine walking with him to whatever land he wants to take us to in his children’s novels, his science fiction, his theological novels, his myths retold, his literary history, and his teaching about spiritual life.

Again, largely outside of my hands, the blog has certainly grown. A lot of that is that I consistently post, and I tend to post good material. There are some howlers and some posts that fall out of relevance, but not much I regret.

The blog has grown in scope. Very quickly I realized that the Inklings were implicated with one another–philosophically, religiously, historically, and in terms of their experiments in mythmaking, poetry, and fiction. So I knew that A Pilgrim in Narnia needed to be an Inklings project. I don’t always speak with authority in the things I write, but I do try to speak as a good reader.

And A Pilgrim in Narnia has grown in impact. I will share some statistics in a follow-up post, but a quick glance at the data is cool. I had to leave the US out of this map because they are 80% of my visitors and made ll the world pale, but you can see the global reach of A Pilgrim in Narnia to 215 countries and independent territories.

And, statistically, contact has been good. A Pilgrim in Narnia has received more than 895,000 hits, with fairly consistent growth. With 18,000 comments, 100 guest posts, hundreds of thousands of shares–almost 50,000 shares on Facebook alone!–and 7,500 followers, I’m sort of amazed at the reach of what I still think of as an “academic blog.” 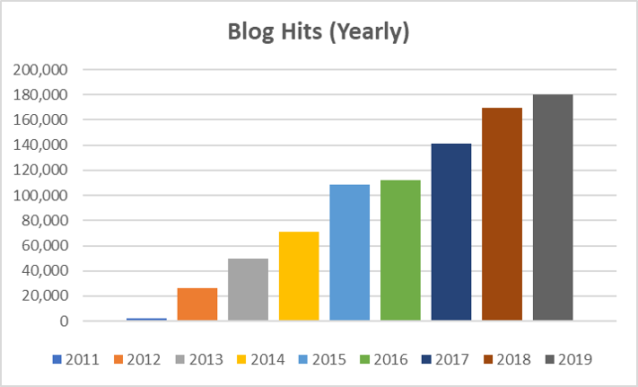 It is pretty humbling, honestly.

So, today, as we celebrate our 1,000th post on A Pilgrim in Narnia, let’s have a little party! 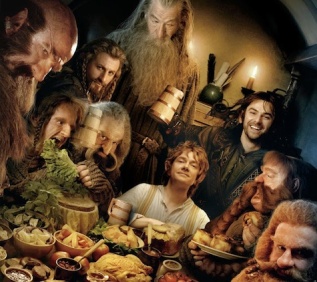 Where I live in Prince Edward Island, it is really dishonourable to have a party–even an unexpected one–that doesn’t include food and drink–an ethic the Inklings shared, I think. There’s a chance below for you to extend that part of the party, but meanwhile, why don’t we have some fun?

Let’s do some sharing and a bit of a giveaway. 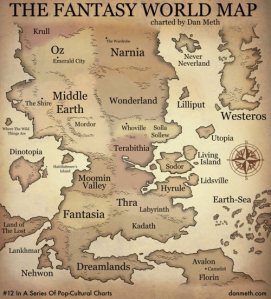 I will also host a little giveaway, with some C.S. Lewis resources including a 1st edition copy of The Great Divorce. It is not an expensive item (perhaps about $40 value), but a relatively rare souvenir of what I think is Lewis’ most important work of fiction (someday I’ll have to defend that claim!).

Besides the 1st edition, another second can pick between one of these great prizes:

There are some provisos and rules below–including the apology that the mailed prizes are limited to the US, Canada, and Europe. If you win from another country, I’ll share something digital with you that you’ll enjoy and pick another winner.

Here’s how you can join in the 1,000 Post Party and be eligible for a prize:

Plus, I would like you to do one or more of these three things:

I appreciate the many great folks who share my work on facebook and other social media (approaching 100,000 direct social media shares, not including viral shares), but I don’t have a way to track those shares. This is basically a one entry per person kind of thing. My personal Twitter account is @BrentonDana, and I hope you will follow me there (I will follow back). I’m using @PilgrimInNarnia for this giveaway because I have a lot of @BrentonDana conversations that make it harder to track. Follow @PilgrimInNarnia and share this news for a chance to win.

I’ll close the contest Friday at 4pm Eastern. As I noted, I can only mail the prizes to residents of Canada, the United States, or Europe, including the UK. My apologies to the world, but the UK, the US, and Canada do make up 90% of my visitors, and I have worked hard to make this blog free–even paying out of my own pocket to erase the ads. The giveaway books are from my own collection.  The copy of The Great Divorce is a 1st printing, 1st edition from 1945 without a dust cover, eminently readable in fair to good condition with some pencil marks. It is more of a personal collection than an investment. If a US reader wins, for safety reasons I may wait to mail with US post when I go there in May.

“A Pilgrim in Narnia” is a blog project in reading and talking about the work of C.S. Lewis, J.R.R. Tolkien, and the worlds they touched. As a "Faith, Fantasy, and Fiction" blog, we cover topics like children’s literature, apologetics and philosophy, myths and mythology, fantasy, theology, cultural critique, art and writing. This blog includes my thoughts as I read through Lewis and Tolkien and reflect on my own life and culture. In this sense, I am a Pilgrim in Narnia--or Middle Earth, or Fairyland. I am often peeking inside of wardrobes, looking for magic bricks in urban alleys, or rooting through yard sale boxes for old rings. If something here captures your imagination, leave a comment, “like” a post, share with your friends, or sign up to receive Narnian Pilgrim posts in your email box. Brenton Dickieson is a father, husband, friend, university lecturer, and freelance writer from Prince Edward Island, Canada. You can follow him on Twitter, @BrentonDana.
View all posts by Brenton Dickieson →
This entry was posted in News & Links and tagged books, C.S. Lewis, Discworld, Earthsea, Field of Arbol, H.P. Lovecraft, Harry Potter, Jane Austen, L.M. Montgomery, Lilliput, Middle Earth, Narnia, Númenor, Neil Gaiman, New Urth, Oz, Panem, Prince Edward Island, Ringworld, Stephen King, The Dark Tower, The Enderverse, The Great Divorce. Bookmark the permalink.