The Faithful Imagination, a Review by Allison McBain Hudson 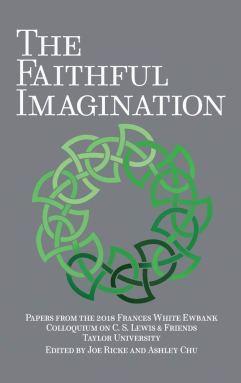 The title of this volume refers to the theme of the eleventh Biennial Lewis & Friends Colloquium at Taylor University, “The Faithful Imagination.” Included are thirty-one scholarly essays, eight creative pieces, and six reflections on the colloquium, an unusual format for an academic anthology, but one that makes sense given the theme of the conference. As Crystal Hurd points out in her foreword, author and scholar C.S. Lewis blended the spiritual, academic, and imaginative, and the contents in this anthology tackle all three aspects. The Faithful Imagination blends thorough academic analysis of a broad variety of topics with an in-depth study of Lewis-related creativity, imagination, and faith. Although clearly aimed at conference attendees, the essays are no less valuable to scholars of Lewis and connected authors or anyone interested in the Inklings and related literature.

Some of the papers will be more accessible than others to non-Christian academics, but there is still a rich variety of work on authors including, along with C.S. Lewis, George MacDonald, Dorothy L. Sayers, L.M. Montgomery, H.P. Lovecraft, J.R.R. Tolkien, and Samuel Taylor Coleridge that will appeal to a wide audience of literary scholars. There is also variety in the formality of papers, which is perhaps to be expected from a conference anthology and does not necessarily detract from the academic rigour of the volume. 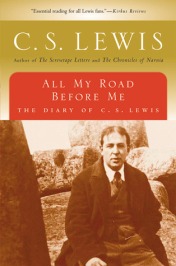 The first section, “Essays on C.S. Lewis,” features Hurd’s paper on Lewis’s background and the ways in which his family “shaped him as a scholar and author” (10). In another notable essay, “Lewis Underground: Echoes of the Battle of Arras in The Narniad,” Victoria Holtz Wodzak discuss the personal and historical foundations provided by Lewis’s experiences of trench warfare in the Great War, and in another, “The Five Deaths of C.S. Lewis,” Jennifer Woodruff Tait points out that Lewis’s life and work were “particularly shaped by wrestling with the problem of death.” Jim Stockton discusses the trees in Lewis’s Narnia, providing examples of the characterization and interaction of trees “helps develop a sense of virtue and/or religiosity” (71), arguing that the trees of the magical world offer hope to both characters and readers.

In the next section, “Lewis and…,” scholars discuss Lewis’s work alongside that of other authors. Scholars of Lewis will be aware of the influence of George MacDonald on his writing, and Marsha Daigle-Williamson provides an interesting account of Lewis’s assessment of MacDonald’s work, claiming that the influence was more spiritual than literary. There are unexpected perspectives on Lewis’s work here, too, including Brenton Dickieson’s comparison of Lewis’s Sehnsucht, or longing, to L.M. Montgomery’s “Flash” in her Emily series. John Stanifer compares and contrasts Lewis’s dead city of Charn in The Magician’s Nephew with horror author H.P. Lovecraft’s city R’lyeh from his short story “The Call of Cthulhu,” as well as the authors’ differing worldviews. 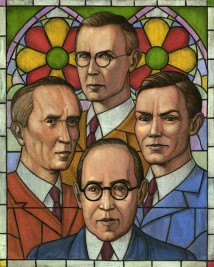 In the third section, “Essays on Inklings and Others,” a wide range of authors is considered. Grace Tiffany presents contrasting perspectives on trees as characters in “Shakespeare’s and Tolkien’s People-Trees,” Emily Austin compares aspects of J.K. Rowling’s wildly popular Harry Potter series to Tolkien’s The Lord of the Rings, and Barbara L. Prescott discusses Dorothy L. Sayers’ second volume of poetry as “her first major statement as a Christian apologist” (246). Other scholars examine the work of those closest to Lewis, including Marie K. Hammond, who discusses the criticism of the Catholic church in Joy Davidman’s novel Weeping Bay, and Paul E. Michelson, who writes about the historical and editorial work of Lewis’s brother, Warren Hamilton Lewis.

The section entitled “Essays on the Faithful Imagination” is where the content begins to veer away from the academic and toward discussions of Christian creativity and imagination; it is no less rigorous but might be of less interest to any reader who is not engaged with Christian literature. Laura Smit, for example, discusses “Mary, Martha, and the Faithful Imagination” in the New Testament with the help of an essay by Sayers, and Richard G. Smith explores the book of Job in the Old Testament as a work about the faithful imagination. Abby Palmisano explores redemptive storytelling in Samuel Taylor Coleridge’s “Rime of the Ancient Mariner” and George MacDonald’s novel Adela Cathcart, and Jim S. Spiegel discusses the central Christian moral guideline, the Golden Rule, in Lewis’s An Experiment in Criticism.

Ricke, Professor of English at Taylor University and Director of the Center for the Study of C. S. Lewis and Friends, and Chu, University Archivist and Special Collections Librarian at Taylor, have managed to compile an anthology that is at once a thorough and rigorous study of the work of the Inklings and related authors and a keepsake-worthy record of creativity, imagination, and the Christian faith that will encourage future scholars to attend this unique biennial conference.

Reviewed by Allison McBain Hudson, Dublin City University. Allison is a first-year PhD candidate at Dublin City University in Ireland, researching objects and material culture in children’s literature, specifically the novels of L.M. Montgomery. Her other interests include the works of the Inklings, Canadian studies, and anything to do with trees, books, chocolate, coffee, and conversation.

“A Pilgrim in Narnia” is a blog project in reading and talking about the work of C.S. Lewis, J.R.R. Tolkien, and the worlds they touched. As a "Faith, Fantasy, and Fiction" blog, we cover topics like children’s literature, apologetics and philosophy, myths and mythology, fantasy, theology, cultural critique, art and writing. This blog includes my thoughts as I read through Lewis and Tolkien and reflect on my own life and culture. In this sense, I am a Pilgrim in Narnia--or Middle Earth, or Fairyland. I am often peeking inside of wardrobes, looking for magic bricks in urban alleys, or rooting through yard sale boxes for old rings. If something here captures your imagination, leave a comment, “like” a post, share with your friends, or sign up to receive Narnian Pilgrim posts in your email box. Brenton Dickieson is a father, husband, friend, university lecturer, and freelance writer from Prince Edward Island, Canada. You can follow him on Twitter, @BrentonDana.
View all posts by Brenton Dickieson →
This entry was posted in Guest Blogs, Reviews and tagged C.S. Lewis, Crystal Hurd, Dorothy L. Sayers, George MacDonald, H.P. Lovecraft, Inklings, J.R.R. Tolkien, Joe Rickey, L.M. Montgomery, Samuel Taylor Coleridge, Sehnsucht, Taylor University. Bookmark the permalink.

3 Responses to The Faithful Imagination, a Review by Allison McBain Hudson