My Foolish Wisdom about Don Quixote, Urban Tuxedo Cat, and Edith Grossman’s Excellent Translation, with a Note from Harold Bloom Beyond the Grave

Posted on January 31, 2022 by Brenton Dickieson

I have finally completed Miguel de Cervantes Saavedra’ The Ingenious Gentleman Sir Quixote of La Mancha. It is my first time completing this classic of Western literature, except for all of those other times I’ve read it. 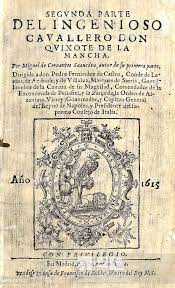 As I have not read much early modern Spanish with so many archaisms and Castillian influences since my years of captivity by Ottoman corsairs following the Battle of Torpiditolingua, I decided to consult an English translation. Thus, I searched all the known lands of knight-errantry for the best English translation of all the English translations that have ever been made, are being made, or will be made.

Sancho Panza, illustrious squire of the Knight of the Sorrowful Face, would tell us that

It is a thoughtful reflection upon translation theory. Tobias Smollett’s version captured most successfully a unique combination of traits, being the least accurate and most unreadable of all the versions I could find. John Ormsby’s translation was better, though required both more madness and more lucidity than I possess. Sancho says,

“the fool knows more in his own house than the wise man in someone else’s.”

In Ormsby, I found myself a homeless fool and a wise anchorite, so I needed another option.

Because fortune favours the fortunate, Sancho Panza might have said, but did not, though as Don Quixote did say, “because of my evil sins, or my good fortune,” I found a most beneficent translation of Don Quixote, the recent work of Edith Grossman. Grossman provides breathtaking clarity in her translation, allowing Don Quixote and Sancho Panza and all the rest to live on the page.

In literary criticism, Harold Bloom is perhaps the least praise-inclined of all those in the courts of praise for this translation. And he is a long-time lover of Cervantes’ great work. For my edition of Grossman’s Quixote, he retooled his Cervantes section of The Western Canon to provide a preface for the reader. It is a most puzzling preface to the reader, designed most clearly to be an epilogue for the critic and an encomium for the writer rather than a preface to the reader. But he does provide a more expertly evaluation of Grossman’s work than I could have done, providing even more praise than even Don Quixote for his Lady Dulcinea of Toboso:

Though there have been many valuable English translations of Don Quixote, I would commend Edith Grossman’s version for the extraordinarily high quality of her prose. The Knight and Sancho are so eloquently rendered by Grossman that the vitality of their characterization is more clearly conveyed than ever before. There is also an astonishing contextualization of Don Quixote and Sancho in Grossman’s translation that I believe has not been achieved before. The spiritual atmosphere of a Spain already in steep decline can be felt throughout, thanks to the heightened quality of her diction.

Grossman might be called the Glenn Gould of translators, because she, too, articulates every note. Reading her amazing mode of finding equivalents in English for Cervantes’s darkening vision is an entrance into a further understanding of why this great book contains within itself all the novels that have followed in its sublime wake. Like Shakespeare, Cervantes is inescapable for all writers who have come after him. Dickens and Flaubert, Joyce and Proust reflect the narrative procedures of Cervantes, and their glories of characterization mingle strains of Shakespeare and Cervantes.

Granted, it may be as Sancho says, that “hunger is the best sauce in the world,” and I have just fallen for a translation that I happen to like, good or no. I am not inclined to think so, however, for there is no jewel in the world as valuable as a translation that can bring out all of the nuances of a text without mourning what of complexity is lost in translation.

And Harold Bloom agrees with me, which says something, for he has been dead for some years.

And, as Sancho Panza says,

“a bird in the hand is better than a vulture in the air, and if you have something good and choose something evil, you can’t complain about the good that happens to you.”

So I have appreciated this translation by Edith Grossman.

It could be that all my reading has addled my brain, but I have not been able to find a way to capture Don Quixote by review or character study or literary criticism. As we learn from Sansón Carrasco, who must be very wise for he is a Bachelor, tells us that

Observing my cat, Juno, while reading Don Quixote in the winter sunshine, I suddenly understood the Ingenious Gentleman Sir Quixote of La Mancha much better. To ask whether Don Quixote–or a cat–is either wise or insane is the wrong question of this book. Thus lacking all history and being a very poor poet, I endeavoured to capture Don Quixote in verse.

“The wise man … left nothing in the inkwell; he says everything and takes note of everything.”

This is perhaps why I have written so little.

My Cat Like Don Quixote by Don Brentonio Dickvinci, Governor of The ínsula del Principe Eduardo

My cat like Don Quixote,
Windmill-tilting on window sills,
Stalking flocks of garden birds through lancet panes:
Dander raised, with animal ire,
Or neighbourly curiosity,
At every passing friend or fiend….

It is hard to know what a cat sees,
Who pricks forth at people feet with lance at ready,
Slaying giants with easing grace,
While showing unyielding loyalty
To Lady, Knight, and Squire–

Who sees in all his quixotic feline madness
A castle where a humble home resides,
And, unbidden, stands a-guard by night,
Driven by some gentry vow,
Hunting shadows and flashes of light,
Enthralled by wads of paper and threads askew,
Full-fleshed in kittens’ eyes–

And then morning comes to the castle,
Leaving evidence of wineskin giants
Defeated by night in shrouded spells.

And yet, when that morning comes,
With table open to all befitting the generosity of a knight,
The hero passes with leonine stride,
A purring smile, a pussy’s pride, that feline right (like Sancho)
To sleep now the day away in sunbeam’s bright,
Content, surrounded by the chaos his night’s errand left behind.

For who in any tale
Heard of any knight errant
Who surrendered to the long dark hours and slept
While those within the castle dream?

“A Pilgrim in Narnia” is a blog project in reading and talking about the work of C.S. Lewis, J.R.R. Tolkien, and the worlds they touched. As a "Faith, Fantasy, and Fiction" blog, we cover topics like children’s literature, apologetics and philosophy, myths and mythology, fantasy, theology, cultural critique, art and writing. This blog includes my thoughts as I read through Lewis and Tolkien and reflect on my own life and culture. In this sense, I am a Pilgrim in Narnia--or Middle Earth, or Fairyland. I am often peeking inside of wardrobes, looking for magic bricks in urban alleys, or rooting through yard sale boxes for old rings. If something here captures your imagination, leave a comment, “like” a post, share with your friends, or sign up to receive Narnian Pilgrim posts in your email box. Brenton Dickieson is a father, husband, friend, university lecturer, and freelance writer from Prince Edward Island, Canada. You can follow him on Twitter, @BrentonDana.
View all posts by Brenton Dickieson →
This entry was posted in Memorable Quotes, Reflections, Reviews and tagged cat poetry, Cervantes, Don Quixote, Edith Grossman, Harold Bloom, Poetry, The Western Canon. Bookmark the permalink.

10 Responses to My Foolish Wisdom about Don Quixote, Urban Tuxedo Cat, and Edith Grossman’s Excellent Translation, with a Note from Harold Bloom Beyond the Grave