On the Nobody Somebody Has Inside: Lewis, Me, and Bullies

By all accounts, C.S. (Jack) Lewis was bullied badly in the English private school that he was subjected to as a child. His first school, Wynyard, had a headmaster as a bully. Robert Capron, nicknamed “Oldie” by the Lewis boys, 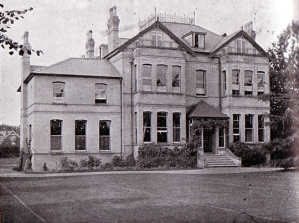 was selected to be the academic master by Albert Lewis, the boy’s father. Walter Hooper, a student and biographer of Lewis, said, “of all the schools in the British Isles [Albert] seems to have chosen the very worst.”

Although Oldie was quite generous with the Lewis boys—Jack’s brother, Warnie, said that Jack escaped most of Oldie’s brutality because, “he amused the headmaster who even made something of a pet of him”—with other children the headmaster was brutal; his wife and daughters were absolutely terrified of him, and students fled from his presence. His brutality led to the preying of older students upon the younger or weaker ones—Jack included. He would write to his father, begging to be released from his prison. How strongly did Lewis feel about Wynyard? In his autobiography, he called it Belsen, named after the 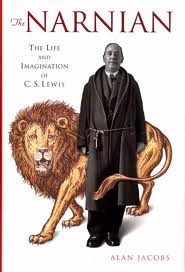 Jack’s time at Wynyard was short-lived, however, as Oldie was charged with brutality and died not long after in an insane asylum. But Jack moved on to another school where the student bullying was formalized in a class-based hierarchy, where the “Bloods” ruled the hallways with something called “fagging.” Alan Jacob writes:

The fagging system was one wing of the great edifice of Bloodery. Its rules were simple: non-Bloods had to perform whatever services Bloods required of them: shoe shining, clothes brushing, housekeeping, tea making. It was never, ever possible for an underling to plead any excuse, and refusal would have been repaid by something far worse than public caning. Curiously, the one place of refuge was the library—one could not be fagged there—so Jack’s great ambition on almost every day of school was to make it to the library before being called upon by a Blood in need. And of course, there was no place he would rather have been than the library, even if there had been no fagging and no Bloods. But he rarely got there (The Narnian, 57).

Jack Lewis was a social outcast and a victim of school-sanctioned bullying. He eventually became ill and was pulled from school, spending several glorious months doing what he liked to do best: read by himself, left alone to his imagination.

We can see the impact the bullying had on Jack in the chapter in Surprised by Joy called “Concentration Camp.” What is remarkable, for me, 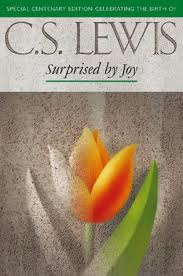 though, is how little it seems to affect his adult life. Lewis was placed on the academic “outs” his entire adult life, given the burden of being a Tutor instead of a Professor at Oxford because he committed the great sins of converting to Christianity and then writing about it. He was accused of fobbing off to a popular crowd and there was no room at Oxford for dime-store academics who didn’t know their place.

This administrative outing—Lewis was passed up for promotion three times—meant a great deal of extra work for far less money for Jack. Yet he said he benefited greatly from it, and when he took a Chair at Cambridge he kept his residence in Oxfordshire. For him, the pain caused by his academic bullying was a great benefit. Moreover, while counselling a friend about a bully affecting her, Lewis seems very philosophical about it:

I am very puzzled by people … who are just nasty. I find it easier to understand the great crimes, for the raw material of them exists in us all; the mere disagreeableness which seems to spring from no recognisable passion is mysterious…. This makes me think it really comes from inner insecurity—a dim sense that one is Nobody, a strong determination to be Somebody, and a belief that this can be achieved by arrogance…. (A bully in an Elizabethan play, having been sat on by a man he dare not fight, says “I’ll go home and beat all my servants”). But I mustn’t encourage you to go on thinking about her: that, after all, is almost the greatest evil nasty people can do to us—to become an obsession, to haunt our minds (Letters to an American Lady, 27; March 10, 1954).

For Lewis, these people are not worth consideration and their actions are not worth meditating upon. “A brief prayer for them, and then away to other subjects” is how it should be dealt with.

I, myself, was never much been bullied as a child—I thinks because I could talk my way out of it. Junior High was miserable in general, but mostly because I was awkward, poor, unattractive, and disinterested. I humorously averted a fistfight in the fifth grade and faced an after-school mob with a grin in high school, but, for whatever reason, I was entertaining enough to avoid most bullies, or uninteresting enough to avoid the rest.

As an adult, though, bullies have appeared in my life with remarkable consistency. They take a much different form now: volunteers leveraging for

power, humour taken too far, the invitation to only the right people, terse emails where the manipulation is only too subtle. But the bullies are there, nonetheless, trading prepubescent black eyes for intellectual office barbs.

I see the Nobody that screams in rage inside these bullies, as well as the Somebody that creeps up in ambition—I’ve been able to make the same assessment as C.S. Lewis did. What I seem unable to do, when faced by that whispered wrath of the Other, is follow Lewis’ advice to the American Lady and just go on to other things. Instead, the bully’s words stick close upon me. I check myself, second guess myself, and experience a haunting dread until, well, until it’s no longer there, some days or weeks later. I feel the threat of the bully—even more keenly than the bully itself—in the hollow echo of my stomach or the sleep-dry nights. This Nobody that in my brightest moments I can pray for and even pity, becomes an obsession—just like Lewis warned his friend against.

Why do I let the threat of his action bother me? Why am I manipulated by her guilt? I think it is because I share that essential self-evaluation with the bully: he thinks he is really Nobody; well, so do I. Instead of lashing out at others, though, I crumble at their disdain.

At the bottom of it, I believe, we share the same kind of pride, or lack of modesty, or self-obsession. I allow the bully into the very heart of my insecurity, giving her the ability to crush me—perhaps without her even knowing. For the bully as for me, we are both haunted with Nobodyness. As I submit to “the greatest evil nasty people can do to us,” most tragically, I forget who I am called to be.

And in this, I suspect I am not alone.

“A Pilgrim in Narnia” is a blog project in reading and talking about the work of C.S. Lewis, J.R.R. Tolkien, and the worlds they touched. As a "Faith, Fantasy, and Fiction" blog, we cover topics like children’s literature, apologetics and philosophy, myths and mythology, fantasy, theology, cultural critique, art and writing. This blog includes my thoughts as I read through Lewis and Tolkien and reflect on my own life and culture. In this sense, I am a Pilgrim in Narnia--or Middle Earth, or Fairyland. I am often peeking inside of wardrobes, looking for magic bricks in urban alleys, or rooting through yard sale boxes for old rings. If something here captures your imagination, leave a comment, “like” a post, share with your friends, or sign up to receive Narnian Pilgrim posts in your email box. Brenton Dickieson is a father, husband, friend, university lecturer, and freelance writer from Prince Edward Island, Canada. You can follow him on Twitter, @BrentonDana.
View all posts by Brenton Dickieson →
This entry was posted in Reflections and tagged bloodery, bullies, bullying, C.S. Lewis, fagging, Letters to an America Lady, office bully, private school, the Narnian, Walter Hooper. Bookmark the permalink.

11 Responses to On the Nobody Somebody Has Inside: Lewis, Me, and Bullies