Not a Tame Lion: The Spiritual Legacy of C.S. Lewis and the Chronicles of Narnia by Terry Glaspey

Posted on January 10, 2012 by Brenton Dickieson

Qoheleth reminds us that “of the writing of books there is no end” (Ecc 12:12)—a proverb no less true in the world of writings about C.S. Lewis. So it is with a little irony and low expectations that I picked up Terry Glaspey’s Not a Tame Lion: The

Spiritual Legacy of C.S. Lewis and the Chronicles of Narnia. It was an inexpensive 2005 reprint—I found it on Christianbook.com for $2.99—by an author of biographies of C.S. Lewis and Christian devotional material. Instead of just a light read to turn my mind while nursing a cold this past weekend, I found a useful and accessible introduction by a careful author. I discovered that Not a Tame Lion works both as a daily reader and as a reference book.

Glaspey admits in the introduction that he was drawn to Lewis at a time when he was in some danger of losing his faith in a church generation of “poorly-though-out formulaic answers” (xiii) and spiritual immaturity. Lewis’ “winsome, creative, and intelligent personality radiated from between the lines of his writing” (xiii) and challenged Glaspey to take a second look at Christianity. While the book 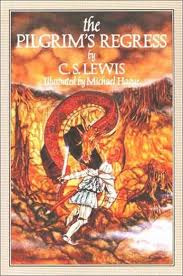 avoids gushing—indeed, Glaspey offers an incisive critique of The Pilgrim’s Regress (35-39)—his debt to Lewis is obvious in the two hundred pages to follow. The personal importance of the material to the author means that Not a Tame Lion is a book filled with interconnections between the wide spectrum of Lewis’ writings and lectures.

There are three main sections in Not a Tame Lion. The first, about one-third of the book, captures Lewis’ life. Glaspey focuses on twenty five key points in Lewis’ life and tells the stories of these transformational moments in 2-4 pages. Much of what I read was basic, sketching his upbringing, his schooling, his career, his education, and his friends. But I was surprised to find that I learned things that I had not discovered in Lewis’ key biographers or his own spiritual autobiography, Surprised by Joy.

Especially refreshing are a number of vignettes that mark the beginnings of some chapters, where Glaspey draws out of the biographies and Lewis’ letters a kind of internal narrative of what was happening at key points. For example, on the day of Lewis’ conversion to Christianity in 1931, we see, rather than the spectacular nature of the event, the mundane Monday afternoon that it was. Instead of telling 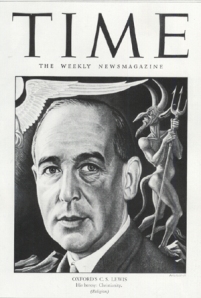 us that the Lewis brothers spent their rainy days indoors reading and inventing new worlds, Glaspey puts it into story form, so that we feel “the slanting rain” battering against the windows, and we see two boys huddled around a pad of paper.

What was most surprising about Not a Tame Lion is the second section concerning C.S. Lewis’ thought, which covers about half the book. There are about thirty topics, each 3-5 pages, ranging from the “Reality of God” and “The Longing”—what Lewis calls “Joy”—to treatments of the key ideas of his work and the basics of his theological worldview. “Mythology and the Gospel” is the best thumbnail introduction to the topic I’ve found—if you can call a five page chapter a thumbnail—and his “Miracles” treatment is a clear statement of one of Lewis’ more challenging apologetic books.

A great plus is that Not a Tame Lion is filled with direct quotations to Lewis’ original work. Although I might chastise my writing students for over-quoting, this book becomes a useful anthology of quotations—topically arranged and connected with some kind of context. The effect of over-quoting by students is that they have the tendency to miss the depth of the author’s ideas—it is the tyranny of our copy-and-paste world, I think. But Glaspey has clearly immersed himself in Lewis;

the quotations allow Lewis’ voice to come to the forefront, rather than Glaspey’s personal interpretations. And with over three hundred footnotes, a Lewis bibliography, and an annotated bibliography of secondary sources, we can see the book has been carefully prepared so others might use it in their research, writing, and personal reading of Lewis.

The strengths of the book serve also as the weaknesses. Just as I am getting into a topic, it is time to move on—a forgivable offense given the genre of the book. There is a section of chapters about the legacy of Lewis, however, that really fall prey to the enemy of brevity. While they are well-written, the really add little to the book and should either be abandoned or expanded in future editions.

My key critique, though, has less to do with the genre of book and editing choices, and more to do with the author’s selection of key thoughts. With the side-by-side treatment of topics like “Humour” with topics like “Pain,” it is sometimes hard to see what is central to Lewis’ spirituality. I think Glaspey understands well the aspects of obedience and surrendering the will in Lewis’ thought, but I think he understated how that surrender works itself out in

self-sacrificial love. Especially, Lewis’ understanding of dying to the self is something that should have been brought more to the forefront.

There are also some chapters that seem to be left out. I think topics like “Walking,” “Nature,” “Poetry,” and “The Kilns” needed to be included. The sometimes shocking observations in Lewis’ journals after the passing of his wife, A Grief Observed, are not as integrated into Glaspey’s chapters as Lewis’ other nonfiction is—perhaps because, like me, Glaspey is uncertain precisely how to bring them in. Finally, given the full title, it would be helpful if Glaspey drew out more of the themes in the Chronicles of Narnia and gave more of the story of their composition. The need for a thoughtful reflection on the series has only grown since the Disney films were released in the last six years.

Overall, these complaints have more to do with what I would put in a book like this than what should have been written. It is true that for biography I would reach first for Alan Jacobs or George Sayers, and for Lewis’ spirituality I would reach first for John Bowen; however, I think this book is actually more useful as an encyclopedia than Colin Duriez’ handy The C.S. Lewis Encyclopedia. Moreover, it is eminently readable as a companion to tea on a weekend afternoon. I truly enjoyed Not a Tame Lion and read it in two cough-ridden sittings. I have a feeling, though, that now that I have discovered this resource and recommended it to others, it has gone out of print again. My advice would be to snatch it up used online while it is still available.

Glaspey, Terry. Not a Tame Lion: The Spiritual Legacy of C.S. Lewis and the Chronicles of Narnia. Nashville: Cumberland House, 1996, 2005.

Duriez, Colin. The C.S. Lewis Encyclopedia: A Complete Guide to His Life, Thought, and Writings. Crossway, 2000.

Jacobs, Alan. The Narnian: The Life and Imagination of C. S. Lewis. HarperOne, 2008.

If you have reviews or articles about C.S. Lewis that you would like to include on A Pilgrim in Narnia, please leave a message here or contact me through twitter: @BrentonDana

“A Pilgrim in Narnia” is a blog project in reading and talking about the work of C.S. Lewis, J.R.R. Tolkien, and the worlds they touched. As a "Faith, Fantasy, and Fiction" blog, we cover topics like children’s literature, apologetics and philosophy, myths and mythology, fantasy, theology, cultural critique, art and writing. This blog includes my thoughts as I read through Lewis and Tolkien and reflect on my own life and culture. In this sense, I am a Pilgrim in Narnia--or Middle Earth, or Fairyland. I am often peeking inside of wardrobes, looking for magic bricks in urban alleys, or rooting through yard sale boxes for old rings. If something here captures your imagination, leave a comment, “like” a post, share with your friends, or sign up to receive Narnian Pilgrim posts in your email box. Brenton Dickieson is a father, husband, friend, university lecturer, and freelance writer from Prince Edward Island, Canada. You can follow him on Twitter, @BrentonDana.
View all posts by Brenton Dickieson →
This entry was posted in Reviews and tagged C.S. Lewis, Chronicles of Narnia, glaspey, Narnia, Pilgrim's Regress, Surprised by Joy, tame lion, Terry Glaspey; Not a Tame Lion;, the Narnian. Bookmark the permalink.

5 Responses to Not a Tame Lion: The Spiritual Legacy of C.S. Lewis and the Chronicles of Narnia by Terry Glaspey