Posted on February 6, 2012 by Brenton Dickieson

I have the opportunity to use C.S. Lewis’ The Screwtape Letters in an undergraduate class. One of the assignments that I give them is to create a “Screwtape Letter for a New Generation”—their own, unique, contemporary spiritual formation advice or critique of culture from a demonic perspective. Despite the fact that Screwtape is written 70 years ago by a British evangelical academic and our students are generally culturally religious,

nonreligious, post-Christian, anti-theistic or generically spiritual, the assignments they write on Screwtape show the surprising relevance of the original letters.

The students’ original letters are a great mix of tackling pet peeves, commenting on morality, and scratching cultural itches. Some of the more creative ones tend also to be the most incisive in their understanding of a cultural moment, but they all reveal truth. As you read this, there is a new crop of insightful undergrads from across the disciplines and with a variety of backgrounds trying to recreate the decrepit voice of Screwtape (or Pukewart, or Azazel, or Twigmentia, or Z-Ro). As a resource to them—and since I have not been able to find a similar bibliography, to anyone else curious about the way that The Screwtape Letters has created a new genre of diabolic epistolary fiction—I offer this note.

First, I’ll present a brief list of blogs and web postings of contemporary letters. It seems that the internet is the perfectly Luciferian place for “Screwtape Emails.” Second, I’ll list a number of books and academic articles that follow Lewis’ lead. Some of these I’ve read, while others sit on my “to do” list.

Most of the contemporary Screwtape letters I’ve found do what Lewis intended to do, which was cause Christians to think about their spiritual formation. Popular theologian Douglas 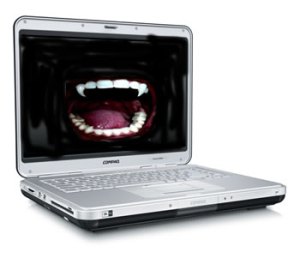 Groothius writes two contemporary letters on his blog. “Education, for Hell’s Sake” and “Luciferian Laptop” are well-written letters about the subtle way technology forms us. “Screwtape Writes Again” is an early (2005) blog where “Mouse” has “found a fragment of another letter of Screwtape’s, though to a different tempter. The letter captures the intriguing dance between self-awareness and self-reliance. A similar theme is captured on Philip Ritchie’s blog, and Hugh Williams deals with temptations one can experience just by going to church, similar to letters 2-3 of The Screwtape Letters.

There are also fuller Screwtape treatments available online. Laurel Robinson claims in the Boundless webzine that “[I] was able to hack my way into the sent mail folder of Screwtape’s e-mail account,” revealing a contemporary temptation narrative in the same vein of Lewis’ original.  Similarly, M.C. Pinney’s, “The Screwtape Emails” are funny notes from Oct-Nov, 2010 and are essentially about the core temptations of a Christian life. From the reverse

angle, much like Jim Peschke’s eBook, The Michael Letters, Christos Jonathan Seth Hayward gives us the heavenly angle on Christian growth with “The Angelic Letters.”

A number of the new generation Screwtape letters were about particular issues. Tobias Stanislas Haller wrote an Anglican critique, suggesting that hell had already won in dividing the Anglican community so, and drawing them away from their core commitment. William A. Stanmeyer taps into a key Creationist argument with “Screwtape on Devilution.” Not only is the title clever, but the “letter” contains powerful claims:

“Coupled with a complex mix of intellectual dross wrapped in shiny phrases and published by shallow but prideful human minds, the theory of general evolution was sold to most of the “intellectuals” during the latter of the last human century and well into the present century.”

The tenor of this note is very Screwtapian, even though Lewis himself found that evolution was the best explanation for the material history of things. It puts me in mind of Ira Hutchison’s 1992 book, Screwtape: Letters on Alcohol. Screwtape new

disciple, Rotbranch, is attempting to corrupt human lives through alcohol addiction. While Lewis was a great beer drinker (and pipe smoker), part of Screwtape’s strategy is to take good things, pleasures, and allow them to consume the soul. I’m not sure, though, that Stanmeyer would think of evolution as a “good thing” gone bad.

While C.S. Lewis was not overly political himself, some of the contemporary Screwtape copycats takes on a political angle. “The Attritionist Letters” are a number of letters about war published in the Marine Corps Gazette (collated in 2011). Naomi Camilleri writes a single email within in the 2008 US election context (can you guess which male & female patients are targeted?).  Adam Graham plays on this theme in The Screwtape Reports (Lulu Pub, 2005), where “Dave Screwtape” is a Democratic political consultant who sends out memos advising various Democratic political leaders and groups on how to achieve political success. These kinds of themes are captured well in Peter Wehner’s chapter, “A Screwtape Letter for the Twenty-First Century: What a Senior Devil Might think about Religion and Politics” (p 41-45 in What’s God Got to Do With the American Experiment? Washington: Brookings Institution Press, 2000)—it is a critique of American Christianity worth exploring.

Disciples of Screwtape in Print

It was not long after The Screwtape Letters became popular—and long before Lewis wrote the sequel, “Screwtape Proposes a Toast”—that the Screwtape genre was used as a creative writing technique. In 1948, F.L. Wells at the Department of Hygiene at Harvard wrote “The Beans of St. Botolph’s” in American Imago as a psychoanalytical look at heaven. Pyschoanalysis might seem like a stretch, but it is not the only psychological approach—see “The Anticreativity Letters: Advice From a Senior Tempter to a Junior Tempter” by Richard E. Nisbet” in American Psychologist (Sept 1990: pp. 1078-1082)—it is an early example of a trend. T

here are a number of Screwtape-style letters concerning education by Adventists (Cheri Elder Gregory) and Lutherans (Glenn Kuck) that follows Lewis’ critique in Screwtape’s “Toast” and apply it to contemporary pedagogy and administration. And in 2011, J.J. Shea wrote “Stone Tool Analysis and Human Origins Research: Some Advice from Uncle Screwtape” (Evolutionary Anthropology 2011 Mar-Apr; Vol. 20(2), pp. 48-53), available here. I think Lewis would have chuckled about that one

the authenticity of an evolutionist using the genre, many Christians might struggle with the idea of an atheistic unconversion narrative, like Mary Eberstadt’s The Loser Letters: A Comic Tale of Life, Death, and Atheism (Ignatius Press, 2010). I’ll save my comments on this one, though, for my review at the beginning of May.

There are, of course, a number of traditional Christian Screwtape-styled books released by Christian leaders since Lewis’ death in 1963. Walter Martin, legendary anti-cult activist, wrote Screwtape Writes Again (Santa Ana, CA: Vision House, 1975) to tackle divisive issues like gossip, pornography, homosexuality, and the modern Charismatic movement. Not long after, L’Abri leader, professor, and popular Christian author Os Guinness wrote The Gravedigger File: Papers on the Subversion of the Modern Church (Grand Rapids: IVP, 1983). It is a critique of “the

present-day irrelevance, bickering, factionalism, marketing, and paranoia that are strangling the lifeblood out of the Church in America” (Amazon review). It is largely an unknown book—not even listed in Wikipedia’s entry on Os Guinness—and he follows up with a more overt critique in 1993 with Dining With the Devil: The Megachurch Movement Flirts With Modernity (Grand Rapids: Baker, 1993).

Training School (Ignatius Press, 1993). Kreeft is highly intelligent and truly funny, a great re-interpreter of Lewis. Kreeft’s work on Lewis is worth spending time on. There are other Screwtapian letters, like Larry Richards’ The Screwloose Lectures: Studies in the Ethics of Hell (Word, 1980), as well as more contemporary emails, like Arthur H. Williams, Jr’s The Screwtape Email (Trafford Publishing, 2006). However, I think that Kreeft’s work stand unanswered as being true to Lewis’ original work.

This bibliography, as well as the student response, is part of a project entitled, “Screwtape for a New Generation.” Please feel free to contact me if you think something is missing from this list, or if there are resources that I should be aware of—including your own blog.

“A Pilgrim in Narnia” is a blog project in reading and talking about the work of C.S. Lewis, J.R.R. Tolkien, and the worlds they touched. As a "Faith, Fantasy, and Fiction" blog, we cover topics like children’s literature, apologetics and philosophy, myths and mythology, fantasy, theology, cultural critique, art and writing. This blog includes my thoughts as I read through Lewis and Tolkien and reflect on my own life and culture. In this sense, I am a Pilgrim in Narnia--or Middle Earth, or Fairyland. I am often peeking inside of wardrobes, looking for magic bricks in urban alleys, or rooting through yard sale boxes for old rings. If something here captures your imagination, leave a comment, “like” a post, share with your friends, or sign up to receive Narnian Pilgrim posts in your email box. Brenton Dickieson is a father, husband, friend, university lecturer, and freelance writer from Prince Edward Island, Canada. You can follow him on Twitter, @BrentonDana.
View all posts by Brenton Dickieson →
This entry was posted in News & Links, Reflections and tagged C.S. Lewis, demons, epistolary fiction, Screwtape, temptation, The Screwtape Letters. Bookmark the permalink.