(Re-Post) A Virtual Mentor: My Review of the C.S. Lewis Class at RTS by Knox Chamblin

Posted on February 9, 2012 by Brenton Dickieson 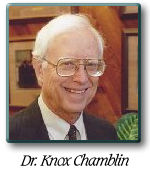 I received news yesterday that Dr. Knox Chamblin of Reformed Theological Seminary had passed away after battling cancer. I truly enjoyed his C.S. Lewis class (available free on iTunesU), so I decided to republish this blog to encourage readers to look into his work. RTS has published a nice obituary, here.

A Virtual Mentor: My Review of the C.S. Lewis Class at RTS by Knox Chamblin

Admittedly, I’ve never written a review for a class before. To me, there is something crassly consumeristic about treating a classroom like a CD or a book, to be bought, sold and traded. But, with the invention of iTunesU—an online clearing house of free academic lectures from Americas leading 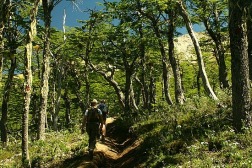 educators and Ivy League schools—a university or graduate level class is available on demand after a ten second download. These iTunesU courses have been my gardening and treadmill companions for a couple of years now.

When I decided to spend a year in C.S. Lewis’ life and work, I downloaded everything I could from iTunes about him. Most of what I downloaded included pulpit apologies for the faithful Lewis or conference keynote speakers on the academic side. There were a few brilliant lectures,

and a particularly humorous fundamentalist response to Lewis (“The Bewitching Influence of C.S. Lewis”). I have been painting our house—removing old crusty layers of cheap paint on layered BC Royals and replacing it with full primer and topcoat—so I’ve listened to a lot of iTunesU this summer. I now have a masters degree in theoretical basket-weaving.

The only full iTunesU course available on C.S. Lewis is Dr. Knox Chamblin’s class from Reformed Theological Seminary (RTS). RTS is a large multi-campus evangelical seminary with graduate level programs at their many brick and mortar locations. They train a lot of conservative evangelical ministers (especial PCA ministers) and offer significant portions of their MA program by distance ed. RTS is, as the name suggests, “Reformed” in tradition, so will have a different approach to spirituality than many of the other leading American seminaries.

Dr. Chamblin is a New Testament scholar, not a literature, theology or

philosophy specialist like most Lewisian thinkers. This give me some hope for my own future Lewis scholarship—I have a degree in Bible and one in the New Testament more specifically. I didn’t know of Chamblin before this class, though that doesn’t mean he isn’t a solid thinker. It just means he’s not a prominent scholar or a mass market book writer.

He is, though, a thorough and careful lecturer. Chamblin covered Lewis’ legacy and biography and then an extensive overview of his theology before tackling individual issues. He is clearly a Lewis fan, but was carefully critical at points of disagreement. For one, he thinks that Lewis’ Christology does not go far enough in really capturing what happened in the Jesus event. It was evident that Dr. Chamblin also takes a more conservative stance on social moral issues. But with lumbering gate, personal stories, and meticulous biblical reflection—there are literally hundreds of biblical references throughout the course—Chamblin present Lewis brilliantly, as he was, rather than how he wished Lewis could be.

An example of that care is concerning Lewis’ understanding of Scripture. Chamblin is clearly a believer in the infallibility of the Bible as the foundation for all faith conversation—he believes the Bible is completely

true, and that usually means “historically” true. Lewis, though, was not an innerrantist. Lewis was willing to look at particular points of conflicts in Scripture, and he wasn’t anxious about them because he defined truth in a much broader category than historical reference. Specifically, Lewis thought that “myth” was a key aspect to understanding God’s revelation to humanity—a conversation that would make many North American evangelicals uncomfortable. Chamblin, however, has clearly benefited from Lewis’ view of Scripture and used it to gain a fuller sense of revelation for himself. This is a valuable feature in Chamblin’s fair and thorough presentation of Lewis.

If the high cost of RTS education (or other leading seminaries) is too high, you can get the content of the degree in daily doses through iTunesU.

In this way, Knox Chamblin’s class is a good experience for capturing Lewis in a basic graduate level. It comes from a Reformed perspective, and is categorically American, so there were peculiar features for me. It took a little time for me to get into the class—I think I was partly reacting to the southern accent in my imagination—but it was well worth my time as someone trying to allow Lewis to walk beside him in everyday life. After all, Knox Chamblin is doing the exact same thing: allowing Lewis to be a mentor and speak into his life. It is because he is a fellow pilgrim in Narnia that Dr. Chamblin is so effective as a teacher.

“A Pilgrim in Narnia” is a blog project in reading and talking about the work of C.S. Lewis, J.R.R. Tolkien, and the worlds they touched. As a "Faith, Fantasy, and Fiction" blog, we cover topics like children’s literature, apologetics and philosophy, myths and mythology, fantasy, theology, cultural critique, art and writing. This blog includes my thoughts as I read through Lewis and Tolkien and reflect on my own life and culture. In this sense, I am a Pilgrim in Narnia--or Middle Earth, or Fairyland. I am often peeking inside of wardrobes, looking for magic bricks in urban alleys, or rooting through yard sale boxes for old rings. If something here captures your imagination, leave a comment, “like” a post, share with your friends, or sign up to receive Narnian Pilgrim posts in your email box. Brenton Dickieson is a father, husband, friend, university lecturer, and freelance writer from Prince Edward Island, Canada. You can follow him on Twitter, @BrentonDana.
View all posts by Brenton Dickieson →
This entry was posted in Reviews and tagged Bible, C.S. Lewis, christology, Dr. Knox Chamblin, evangelical, iTunesU, Reformed Theological Seminary, RTS. Bookmark the permalink.