Posted on December 10, 2013 by Brenton Dickieson

My grandmother used to read aloud bits of whatever she was reading to my grandfather. Most typically this was the newspaper. Grampie would be sitting on the sofa reading the Holstein Journal, while Grammie would sit in her well-worn arm chair, half-finished mittens and her diary stuffed down the sides of the cushion. As I played at her feet, she would read all the interesting bits of The Guardian, our local newspaper, which covers the Island like the dew. As she read, she added her own brand of commentary to the tight prose of the small town news. I don’t “take the paper” as locals say here, but I’ll use a bit from today’s Guardian to demonstrate what this ritual sounded like:

‘Rossiter, a farm kid from Prince Edward Island, got the gig’–that’s G-I-G, Roy–‘of a lifetime in 2006 after moving to Toronto to become an archivist.’ Like the gentleman from the University who interviewed you for that book. Where is that book Roy?”

“On the bookshelf,” he would answer. She would read on.

“‘Her job was to do preliminary archival description of Mandela’s papers, pouring through everything from a note soccer great David Beckham sent to the anti-A-P-A-R-T-H-E-I-D leader, to a Christmas card sent from the Dalai’–I don’t know whether that is DaLAY or DAlay–‘Lama’–like the foreign sheep–‘to the first black president of South Africa.’ By gore, the paper certainly isn’t short of commas today. Still, a pity. Did we meet Mandela in Kenya, Roy?“

And so it would go, Grammie reading page by page through the paper, spelling out the more obscure words without skipping a beat, all the while pointing out the grammatical errors. And when she finished the paper, Grampie would read it silently while she would knit or write. He always seemed less interested when she read the news from the Women’s Institute.

Grammie died nearly six years ago, and Grampie followed her three years later. They were 88 and 91.

It is touching to think about it now, how they built this strange rhythmic comradeship over the years. Perhaps it drove my grandfather crazy, I don’t know. He was a man of few words, but my grandmother filled in the empty spaces. 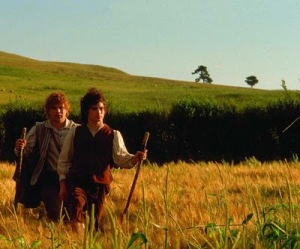 The comradeship of books is an age-old tradition, though I wonder if it is a lost art that book clubs, school tutorials, and Bible studies can helpfully, though artificially, still keep for us. Yet it was the ritual of reading aloud, of talking about books and adding commentary, that shaped great writers like C.S. Lewis and J.R.R. Tolkien.

A perfect example came out of my reading of C.S. Lewis’ letters. I have just begun 1940. His brother, Warren, is off at war while Lewis has taken reduced pay to continue his work as an Oxford don. He doesn’t know it yet, but he is about to become a national voice and and international celebrity. For now, he is a quiet teacher and writer with a small circle of friends. And he misses his brother. “God send us to be soon together again,” he writes to Warren on Jan 9th, 1940.

In this same letter he talks about the “walking tour” that he recently took with his good friend, Cecil Harwood. Harwood and Lewis met as undergraduates at Oxford and were lifelong friends and frequently hiked together through the English countryside. Here is how this walking tour began:

[Harwood’s] children are now so numerous that one ceases to notice them individually, any more than a scuffle of piglets in a field or a waddle of ducks. A few platoons of them accompanied us for about the first mile of the walk, but returned, like tugs, when we were out of harbour.

The letter continues describing their first day of hiking–a literary panorama of English landscape. That evening they landed at a small inn where there was only one other guest. Here is how they spent the evening at the hostel.

After hot baths we repaired to tea in the lounge which we shared with one other guest who presently found means to insinuate himself into our conversation but ‘displayed such a fund of literature and fertility of illustration’ that we did not regret it–in fact his interests were as wide as ours! He turned out to be a master at Charterhouse.

It was certainly very odd to find oneself discussing fine points out of Herodotus with ‘the other man in the hotel’. In true 18th century style we begged the favour of his society at dinner.

That evening, the young man having gone out to a darts match at Porlock Weir, Harwood and I read to each other from Jane Austen’s The Watsons with almost continual chuckles. I slept badly, as you and I also do on these occasions. 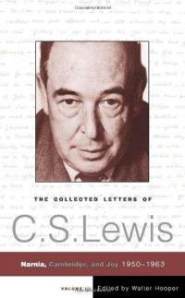 The comradeship of books. It is a friendship he shared most intimately with his brother, and something they both missed when apart. We see it especially in a charming passage from a letter a month earlier to Warren (Dec 3rd, 1939):

And talking of books, I have been looking rapidly through St François de Sales this week end to find a passage I wanted to quote, and have derived much ‘social pleasure’ from your pencillings: as I have experienced before, to read a book marked by you in your absence is almost the nearest thing to a conversation. When I read that hares turn white in winter because they eat nothing but snow (used as an argument for frequent communion) and see your mark it is almost as if one of us was pointing the passage out to the other here in the study.

I have already explored how the margin notes in books leave behind a personality, a voice, someone you can have an imaginary dialogue with. In the midst of the separation of war and the relational austerity that follows, I love that the Lewis brothers were pointing out the best passages to each other over the distance of time and space and circumstance. Perhaps, in one way, that prayer was answered, that the margin notes were a kind of sending, at least when we are talking of books.

“A Pilgrim in Narnia” is a blog project in reading and talking about the work of C.S. Lewis, J.R.R. Tolkien, and the worlds they touched. As a "Faith, Fantasy, and Fiction" blog, we cover topics like children’s literature, apologetics and philosophy, myths and mythology, fantasy, theology, cultural critique, art and writing. This blog includes my thoughts as I read through Lewis and Tolkien and reflect on my own life and culture. In this sense, I am a Pilgrim in Narnia--or Middle Earth, or Fairyland. I am often peeking inside of wardrobes, looking for magic bricks in urban alleys, or rooting through yard sale boxes for old rings. If something here captures your imagination, leave a comment, “like” a post, share with your friends, or sign up to receive Narnian Pilgrim posts in your email box. Brenton Dickieson is a father, husband, friend, university lecturer, and freelance writer from Prince Edward Island, Canada. You can follow him on Twitter, @BrentonDana.
View all posts by Brenton Dickieson →
This entry was posted in Lewis Biography, Reflections and tagged books, C.S. Lewis, Cecil Harwood, friendship, hiking, J.R.R. Tolkien, literary friendship, literature, Nelson Mandela, The Guardian, walking, Warren Lewis, WWII. Bookmark the permalink.

7 Responses to Talking of Books