“Sometimes Fairy Stories May Say Best What’s to be Said” by C.S. Lewis 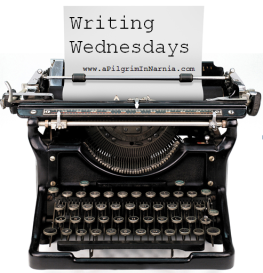 This post is part of an ongoing series Called Writing Wednesdays.  Perhaps no one would be more surprised than C.S. Lewis himself at the success of his classic children’s stories, The Chronicles of Narnia. Hundreds of millions of copies of the Narnian tales have been sold, and they are read and reread by children and adults everywhere. It won’t be surprising that C.S. Lewis’ Christian worldview emerges in Narnia, though some (like a character in one of Neil Gaiman’s stories) can feel betrayed by this emergence. For some, the Christian ideas break into a world and destroy the art and beauty. For others, they assume that Lewis began with a Christian message and squeezed a story around it. And there are some that read Narnia only for that message.

But for Lewis, it was a much more complex and organic project. He speaks a bit about it in “On 3 Ways of Writing for Children” in the essay collection, Of Other Worlds. Any reader of Lewis will need to know J.R.R. Tolkien’s essay, “On Fairy Tales.” But Lewis also shares some of his process of writing in an article in The New York Times, Nov 18, 1956. This is especially helpful for authors whose moral, religious, social, or environmental vision tends to shine through their work. Here is an excerpt of what he said (also in Of Other Worlds and On Stories), with a copy of the article posted below.

Sometimes Fairy Stories May Say Best What’s to be Said

In the sixteenth century when everyone was saying that poets (by which  they  meant  all  imaginative  writers) ought to please and instruct, Tasso made a valuable distinction. He said that the poet, as poet,  was concerned solely with pleasing. But then every poet
was also a man and a citizen in that capacity he ought to,  and would wish to, make his work edifying as well as pleasing.

Now I do not want to stick very close to the renaissance ideas of ‘pleasing’  and  ‘instructing’.  Before I could accept either term it might need so much redefining that what was left of it at the end would not be worth retaining. All  I want to use is the distinction between the author as author and the author as man, citizen, or Christian. What this comes to for me is that there are usually two reasons  for  writing  an  imaginative  work,  which  may  be  called Author’s reason and the Man’s. If only one of these is present, then, so far as I am concerned, the book will not be written. If the first is lacking, it can’t; if the second is lacking, it shouldn’t.

In the Author’s mind there bubbles up every now and then the material  for  a  story.  For  me  it  invariably  begins  with  mental pictures. This ferment leads to nothing unless it  is accompanied with the longing for a Form: verse or prose, short story, novel, play or what not.  When these two things click you have the Author’s impulse complete. It is now a thing inside him pawing to get out. He longs to see that bubbling stuff pouring into that Form as the housewife longs to see the new jam pouring into the clean jam jar. This nags him all day long and gets in the way of his work and his sleep and his meals. It’s like being in love.

While the Author is in this state, the Man will of course have to criticise the proposed book from quite a different point of view. He will ask how the gratification of this impulse will fit in with all the other things he wants, and ought to do or be. Perhaps the whole
thing is too frivolous and trivial (from the Man’s point of view, not the Author’s) to justify the time and pains it would involve. Perhaps it would be unedifying when it was done. Or else perhaps (at this point  the  Author  cheers up)  it  looks like  being ‘good’,  not  in a
merely literary sense, but ‘good’ all around. 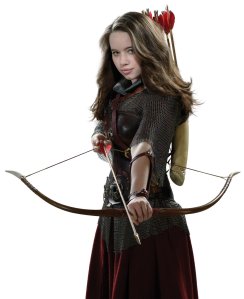 This may sound rather complicated but it is really very like what happens about other things. You are attracted by a girl; but is she the sort of girl you’d be wise, or right, to marry? You would like to have lobster for lunch; but does it agree with you and is it wicked to spend that amount of money on a meal? The Author’s impulse is a desire (it is very like an itch) and of course, like every other desire, needs to be criticised by the whole Man.

Let me now apply this to my own fairy tales. Some people seem to think that I began by asking myself how I could say something about Christianity to children; then fixed on the fairy tale as an instrument; then collected information about child-psychology and decided what age-group I’d write for;  then drew up a list of basic Christian truths and hammered out ‘allegories’  to embody them. This  is  all  pure  moonshine.  I  couldn’t  write  in that  way  at  all. Everything  began  with  images;  a  faun  carrying  an  umbrella,  a queen on a sledge, a magnificent lion. At first there wasn’t even anything Christian about them; that element pushed itself in of its own accord. It was part of the bubbling.

Then came the Form.  As these images sorted themselves into events (i.e., became a story) they seemed to demand no love interest and no close psychology. But the Form which excludes these things is the fairy tale. And the moment I thought of that I fell in love with the Form itself: its brevity, its severe restraints on description, its flexible  traditionalism,  its  inflexible  hostility  to  all  analysis, digression, reflections and ‘gas’. I was now enamoured of it. Its very limitations of vocabulary became an attraction; as the hardness of the stone pleases the sculptor or the difficulty of the sonnet delights the sonneteer.

On that side (as Author) I wrote fairy tales because the Fairy Tale seemed the ideal Form for the stuff I had to say. Then of course the Man in me began to have his turn. I thought I saw how stories of this kind could steal past a certain inhibition which had paralysed much of my own religion in childhood. Why did one find it  so hard to feel as one was told one ought to feel about God or about the sufferings of Christ? I  thought the chief reason was that one was told one ought to. An obligation to feel can freeze feelings. And reverence itself  did harm.  The whole subject was associated with lowered voices; almost as if it were something medical.  But supposing that by casting all  these things into an imaginary world, stripping them of their stained-glass and Sunday school associations, one could make them for the first time appear in their real potency? Could one not thus steal past those watchful dragons? I thought one could. That was the Man’s motive. But of course he could have done nothing if the Author had not been on the boil first.

You will notice that I have throughout spoken of Fairy Tales, not ‘children’s stories’. Professor J.R.R. Tolkien in The Lord of the Rings has shown that the connection between fairy tales and children is not nearly so close as publishers and educationalists think. Many children don’t like them and many adults do. The truth is, as he says, that they are now associated  with  children  because  they  are  out  of  fashion  with adults; have in fact retired to the nursery as old furniture used to retire  there,  not  because  the  children  had  begun  to  like  it  but because their elders had ceased to like it. I  was  therefore  writing ‘for  children’  only  in the sense  that  I excluded what I thought they would not like or understand; not in the sense of writing what I intended to be below adult attention. I may of course have been deceived, but the principle at least saves
one from being patronising.  I  never  wrote  down to anyone;  and whether the opinion condemns or acquits my own work, it certainly is my opinion that a book worth reading only in childhood is not worth reading even then. The inhibitions which I hoped my stories would overcome in a child’s mind may exist in a grown-up’s mind too, and may perhaps be overcome by the same means.

The Fantastic or Mythical is a Mode available at all ages for some readers; for others, at none. At all  ages, if  it  is well  used by the author  and  meets  the  right  reader,  it  has  the  same  power:  to generalise while remaining concrete, to present in palpable form not
concepts or even experiences but whole classes of experience, and to throw off irrelevancies. But at its best it can do more; it can give us experiences we have never had and thus, instead of ‘commenting on life’,  can add to it.  I  am speaking, of course, about the thing itself,  not  my  own  attempts  at  it.  ‘Juveniles’;  indeed!  Am I  to patronise sleep because children sleep sound? Or honey because children like it?

“A Pilgrim in Narnia” is a blog project in reading and talking about the work of C.S. Lewis, J.R.R. Tolkien, and the worlds they touched. As a "Faith, Fantasy, and Fiction" blog, we cover topics like children’s literature, apologetics and philosophy, myths and mythology, fantasy, theology, cultural critique, art and writing. This blog includes my thoughts as I read through Lewis and Tolkien and reflect on my own life and culture. In this sense, I am a Pilgrim in Narnia--or Middle Earth, or Fairyland. I am often peeking inside of wardrobes, looking for magic bricks in urban alleys, or rooting through yard sale boxes for old rings. If something here captures your imagination, leave a comment, “like” a post, share with your friends, or sign up to receive Narnian Pilgrim posts in your email box. Brenton Dickieson is a father, husband, friend, university lecturer, and freelance writer from Prince Edward Island, Canada. You can follow him on Twitter, @BrentonDana.
View all posts by Brenton Dickieson →
This entry was posted in Creative Writing, Fictional Worlds and tagged books, C.S. Lewis, children's literature, fairy tales, fantasy, J.R.R. Tolkien, lion the witch and the wardrobe, literature, Lord of the Rings, mythmaking, mythopoiea, Narnia, Neil Gaiman, writing. Bookmark the permalink.

34 Responses to “Sometimes Fairy Stories May Say Best What’s to be Said” by C.S. Lewis