“Into the Region of Awe” by David C. Downing: A Review 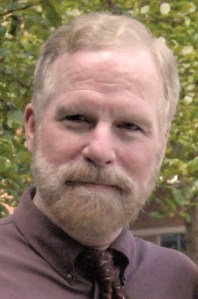 For some time I have suspected that David Downing was on to something here. Part of what I’m doing in researching C.S. Lewis is to see what is at the core of who he was as a Christian—not just what believed, but the thoroughgoing centre of his faith and life. I have a paper coming out this year that argues that the idea of self-surrender in Galatians 2:20 is at the centre of Lewis’ spiritual theology:

I have been crucified with Christ. It is no longer I who live, but Christ who lives in me. And the life I now live in the flesh I live by faith in the Son of God, who loved me and gave himself for me (NIV).

So I am interested when people write directly about C.S. Lewis’ spirituality. John Bowen’s The Spirituality of Narnia: The Deeper Magic of C.S. Lewis (2007) is one. David Downing’s Into the Region of Awe: Mysticism in C.S. Lewis (2005) is another, and I’ve finally had time to sit down and read it.

David Downing is a well-respected C.S. Lewis scholar and an American English Professor. I’ve reviewed some of his fiction here before, and have worked through his essential study on Lewis’s science fiction, called Planets in Peril (1992), and his biographies of Lewis. Into the Region of Awe is a focus on both Lewis’ biography and his writing, narrowing the lens on a particular aspect of C.S. Lewis’ spirituality.

It is probably important to wipe from people’s mind the idea that Lewis was himself a full-blown mystic. That isn’t the case. Instead, Lewis studied mystical writers as well as historians of mysticism, and drew from that tradition. While some people devote their entire lives to mystical ecstasy and visions, what we mean here is something more rooted. It is about being relationally connected with the Divine, being aware of the Other, the Holy in everyday life. Lewis experienced what he called “Joy,” a numenous longing that led him into his faith. It is a practice of faith that includes the awakening and then emptying of self, the enlightening of the soul and spiritual struggle, and finally union with Christ.

The outline of the book is a bit peculiar. Downing begins with a wide look at mysticism (as expected), then narrows in to the mystical elements in Lewis’ faith. The following chapter then gives a survey of Christian mysticism using the authors Lewis knew well as the focus point for the history. I loved this chapter—it is a great introduction to the topic—but I think it could have better prepared the reader for Lewis’ own experience.

Unsurprisingly, Downing includes a chapter on Narnia. Again, I think the order is strange—this chapter should occur before his fifth chapter on expressing mystical experiences in words—but within the chapter he goes through various examples of mystical elements in the Chronicles of Narnia. It is a good study, especially in The Voyage of the Dawn Treader and The Last Battle.

Although the Narnia chapter is good, and the history of mysticism very useful and readable, the real strength is Downing’s study on The Space Trilogy—the science fiction books featuring Dr. Ransom, written in the WWII-era. His exploration of the themes is superb, going into detailed analysis of Ransom’s journey. One phrase captures Ransom’s conversion best: “For Ransom it is a revelation to discover that what he thought of as his ‘religion’ is simply reality” (88). This is the strongest point of Downing’s work: showing that a mystical faith is one that is integrated into the soul. What look like external practices—reflection, prayer, fasting, meditation, service—is really the expression of God’s working in a whole life. The unit on the Ransom Cycle was superb.

Lewis was not without critiques of mysticism. While many would be concerned with “otherworldliness,” Lewis was concerned about “inner-worldliness”—an opposite concept that can have the same result of disengaging with all of life. Moreover, Lewis was critical of the mysticism movement in general.

“Ultimately, the contemporary trend in world mysticism must be found wanting, both for its logical inconsistencies and for its empty promises of gnōsis without kenōsis, the gaining of knowledge without the losing of self” (148).

Neither did Lewis think everyone was to walk the mystical path.

“Unlike scholars such as William Inge and Evelyn Underhill, Lewis did not see mysticism as the norm for Christian spirituality but rather as a special calling. He considered mystical sensibility to be a natural gift the Spirit could use in one person the way he might use physical strength in another. But Lewis felt it would be as much a mistake for every Christian to seek to be a mystic as it would to take up fishing for a living because that is what so many of the disciples did” (160).

Still, Downing is convincing in arguing that even for those who do not walk down this very narrow path, there is much to learn from those who have. I must agree.

Since I was looking for a particular kind of conversation going into this book, I was pleased to see that the idea of self-surrender was on Downing’s radar.

“Evelyn Underhill wrote that the great goal of every mystic is complete self-surrender. Ransom achieves that goal, but only by undergoing a kind of mystical death and resurrection.” (105)

I will have more to say about that paragraph as I go on in my work, but it was thrilling to see someone teasing out these threads without unraveling the whole garment.

This is not a highly academic work of impenetrable theology by any means. It is learned, evenly paced, and clear, and certainly accessible to anyone who has an interest in C.S. Lewis or Christian spirituality. It is also very short. Downing has a gift for saying a lot of things in few words, and, in this case, taking a very big, potentially complex topic and explaining in a way that capture’s the reader’s imagination. This was definitely a good purchase.

“A Pilgrim in Narnia” is a blog project in reading and talking about the work of C.S. Lewis, J.R.R. Tolkien, and the worlds they touched. As a "Faith, Fantasy, and Fiction" blog, we cover topics like children’s literature, apologetics and philosophy, myths and mythology, fantasy, theology, cultural critique, art and writing. This blog includes my thoughts as I read through Lewis and Tolkien and reflect on my own life and culture. In this sense, I am a Pilgrim in Narnia--or Middle Earth, or Fairyland. I am often peeking inside of wardrobes, looking for magic bricks in urban alleys, or rooting through yard sale boxes for old rings. If something here captures your imagination, leave a comment, “like” a post, share with your friends, or sign up to receive Narnian Pilgrim posts in your email box. Brenton Dickieson is a father, husband, friend, university lecturer, and freelance writer from Prince Edward Island, Canada. You can follow him on Twitter, @BrentonDana.
View all posts by Brenton Dickieson →
This entry was posted in Reflections and tagged books, C.S. Lewis, Christian spirituality, david downing, Galatians 2:20, Into the Region of Awe, mysticism, Planets in Peril, Ransom Trilogy, religion, self-death, The Last Battle, theology, Voyage of the Dawn Treader. Bookmark the permalink.

14 Responses to “Into the Region of Awe” by David C. Downing: A Review