Posted on November 17, 2014 by Brenton Dickieson

While there seems to be no end to C.S. Lewis fans, biographers, and bloggers—like the digital network connected with A Pilgrim in Narnia—I have found surprisingly few pop culture references to Lewis’ books other than Narnia and The Screwtape Letters. Lewis lines the imaginative cupboards for some of the great contemporary fantasy writers—Phil Pullman, J.K. Rowling, Lev Grossman, and Neil Gaiman, to name four—but for the most part Lewis’ WWII-era books haven’t broken on through to the other side of pop culture.

The exception might be in the Christian music scene. I know, I know, images of Michael W. Smith with 80s hair and striped socks playing piano for Amy Grant with Petra waiting off stage…. It can go bad in so many ways.

But there are some artists who sat on the edge of that world who were influenced by Lewis. I’ve talked on here about Terry Chimes of the Clash, but there were also alternative bands like Poor Old Lu and mainstream pop acts like Sixpence None the Richer who drew their names from Lewis’ work. I wonder too if the name “Owl City” comes from the parliament of owls in The Silver Chair.

Three other bands betray their ability to read by including tributes to The Great Divorce in their work.

“Put Your Arms Around Me,” The Hawk in Paris 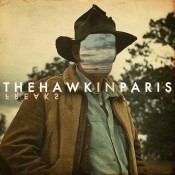 You probably don’t know The Hawk in Paris. If you don’t, you have been missing something. This is one of Dan Haseltine’s side projects. Dan Haseltine is the frontman of Jars of Clay, a 1990s breakout band that created a tremendous portfolio of music over the next decade. I’ve been a fan since hearing their mandolin ringing out in a mall sound system in St. Johns, Newfoundland. I’ve been a fan since.

While Haseltine has departed from the guitar-cello-mandolin pop-rock of their Jars of Clay debut, it has only been to extend his repertoire. “Put Your Arms Around Me” is not just another electronic pop song. It is a testimony to the soft apocalypse, a culture that’s lost not to great wars or economic catastrophe or even acts of god from the sky or sea, but a society lost in a whelming flood of apathy. It is a “suburbi-anderthal” culture, we are told, where:

here in the the land of broken things
we burned our history lessons
in the fire of childhood kings
when we run out of ammunition
when we exhaust our last defense
and we go from screams to whispers
this might all make more sense.

It is the Grey Town of the first chapter of The Great Divorce. There’s no concept video, but I encourage you to catch the song:

Clearly influenced by artists like Jars of Clay and Rich Mullins, Caedmon’s Call was an eclectic acoustic rock group named after a miraculous monk. On the front part of the indie music wave, this group became popular touring colleges with their rootsy acoustic sound. Yet, with a million albums sold, six #1 hits and a mantle full of accolades, in their heyday Caedmon’s Call still flew home every Sunday to lead music at their church. Perhaps that theme of pushing creative boundaries yet still staying close to home best captures the essence of one of my favourite of their albums, Back Home.

Philosophically mindful and musically excellent, Caedmon’s Call depth was due in part to Derek Webb’s continual searching into the deepest questions of life and faith. Webb is also one of the geniuses behind the leading indie music portal, Noisetrade.com, where most of Webb’s solo work is available. 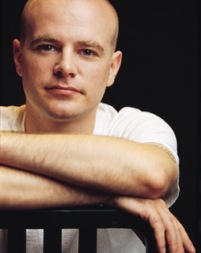 Wrapped in a haunting melody, “The High Countries” is a lyrical reflection on The Great Divorce, with sideways references to C.S. Lewis’ sermon, “The Weight of Glory”—an essential read for those intrigued by The Great Divorce.

A bus station, in the steam from the rain
In this line of pale strangers, should I go or stay?
The whole field of vision, fades beneath me now
And the houses spread for a million miles, in this gray town

You drink the cup to the bottom, but it burns in your hands
The cup was poured out on the Maker instead
Out on the green plains, I am but a ghost

Great things come in threes, as did this discovery on Noisetrade.com. The Hawk in Paris includes a tangible interpretation of the Grey Town in everyday life, and Caedmon’s Call produces a song that evokes the high countries of The Great Divorce. Heath McNease goes even further, producing an entire concept album around C.S. Lewis’ books.

Still available for free or for a tip on Noisetrade, The Weight of Glory includes a dozen singer songwriter songs influenced by C.S. Lewis’ work. Except for “Edmund”—we are all Edmunds, a little bit anyway—the songs are titled off of Lewis books. While it is generally a good album, I have my favourites. “The Four Loves,” tells of the Greek words for love, or at least two of them, by looping them into a confession. “A Grief Observed” is my favourite song, capturing that heart-wrenching Lewis journal. But “The Great Divorce” is a close second. Less a capturing of the book, McNease uses Lewis’ dream sequence as a springboard to a new melodic tale.

Heath McNease went even further, offering a hip hop/electronic rethink of The Weight of Glory concept album. The work that absolutely bulled me over, though, was his recent 40 minute indie film called “Fort Wayne.” A brilliant first two minutes, the entire film captures the sweet spirituality of joy in the anti-hero McNease’s failure to escape this little Indiana town of perpetual winter. I would say that I’m a big fan, but anyone who watches the film (free online) will know why that’s problematic! Check out the soundtrack on Noisetrade; the title track will stick with you all day.

Three great bands with work that reflects The Great Divorce—all connected with Noisetrade for one reason or another. Are there more popular expressions of this C.S. Lewis dream that I’m not aware of?

“A Pilgrim in Narnia” is a blog project in reading and talking about the work of C.S. Lewis, J.R.R. Tolkien, and the worlds they touched. As a "Faith, Fantasy, and Fiction" blog, we cover topics like children’s literature, apologetics and philosophy, myths and mythology, fantasy, theology, cultural critique, art and writing. This blog includes my thoughts as I read through Lewis and Tolkien and reflect on my own life and culture. In this sense, I am a Pilgrim in Narnia--or Middle Earth, or Fairyland. I am often peeking inside of wardrobes, looking for magic bricks in urban alleys, or rooting through yard sale boxes for old rings. If something here captures your imagination, leave a comment, “like” a post, share with your friends, or sign up to receive Narnian Pilgrim posts in your email box. Brenton Dickieson is a father, husband, friend, university lecturer, and freelance writer from Prince Edward Island, Canada. You can follow him on Twitter, @BrentonDana.
View all posts by Brenton Dickieson →
This entry was posted in Reviews and tagged C.S. Lewis, Caedmon’s Call, Heath McNease, J.K. Rowling, Jars of Clay, Lev Grossman, music, Narnia, Neil Gaiman, Phil Pullman, The Great Divorce, the High Countries, The Screwtape Letters. Bookmark the permalink.

16 Responses to 3 Pop Culture References to The Great Divorce