The Loss of Atmosphere: A Literary Conspiracy by Larry Niven & C.S. Lewis? 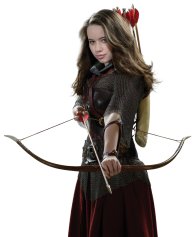 Perhaps the essay that C.S. Lewis took the longest to write is “On Stories.” It began as an Oxford talk in 1940 called, “The Kappa Element in Romance.” After Charles Williams’ death 70 years ago this week in 1945, Lewis went back to the material and wrote a longish essay called “On Stories,” published in Essays Presented to Charles Williams (1947) with J.R.R. Tolkien’s famous essay, “On Fairy-Stories.” “On Stories” didn’t get much traction at first, and Lewis went on to work some of the same ideas into his late-in-life book, An Experiment in Criticism (1961).

“On Stories” is now recognized to be some of the earliest critical thinking about fantasy writing, and a precursor to the study of “story” and “atmosphere” as important to literature. The atmosphere idea is pretty intriguing. The most important part of a Story is not its plot, or in a romance (i.e., adventure story), its ability to create “excitement.” Lewis explains:

If to love Story is to love excitement then I ought to be the greatest lover of excitement alive. But the fact is that what is said to be the most ‘exciting’ novel in the world, The Three Musketeers, makes no appeal to me at all. The total lack of atmosphere repels me. There is no country in the book – save as a storehouse of inns and ambushes. There is no weather. When they cross to London there is no feeling that London differs from Paris.

If we think of Lewis’ own work, they are truly “atmospheric.” The Malacandrian aliens in their vertigo-inducing landscapes, the floating islands of Perelandra, the melting snows in the Narnian hills, the dreamy fog of the Wood Between the Worlds—Lewis is a sensual painter of the story’s imaginative environment.

I have just picked up Larry Niven’s SciFi classic, Ringworld (1970). The first character we meet, Louis Wu, is a bored interplanetary playboy of the future. He has been to every party, conquered every elite circle on every world, and even started most of the social trends back on earth. Look at the way Niven describes this earth of the future as Wu teleports from city to city:

For a few moments, he watched Beirut stream past him: the people flickering into the booths from unknown places; the crowds flowing past him on foot, now that the slidewalks had been turned off for the night. Then the clocks began to strike twenty-three. Louis Wu straightened his shoulders and stepped out to join the world.

In Resht, where his party was still going full blast, it was already the morning after his birthday. Here in Beirut it was an hour earlier. In a balmy outdoor restaurant Louis bought rounds of raki and encouraged the singing of songs in Arabic and Interworld. He left before midnight for Budapest….

In Budapest were wine and athletic dances, natives who tolerated him as a tourist with money, tourists who thought he was a wealthy native. He danced the dances and he drank the wines, and he left before midnight

In Munich he walked.

The air was warm and clean; it cleared some of the fumes from his head. He walked the brightly lighted slidewalks, adding his own pace to their ten-miles-per-hour speed. It occurred to him then that every city in the world had slidewalks, and that they all moved at ten miles per hour.

The thought was intolerable. Not new; just intolerable. Louis Wu saw how thoroughly Munich resembled Cairo and Resht … and San Francisco and Topeka and London and Amsterdam. The stores along the slidewalks sold the same products in all the cities of the world. These citizens who passed him tonight looked all alike, dressed all alike. Not Americans or Germans or Egyptians, but mere flatlanders.

In three-and-a-half centuries the transfer booths had done this to the infinite variety of Earth. They covered the world in a net of instantaneous travel. The difference between Moskva and Sidney was a moment of time and a tenth-star coin. Inevitably the cities had blended over the centuries, until place names were only relics of the past. San Francisco and San Diego were the northern and southern ends of one sprawling coastal city. But how many people knew which end was which? Too few, these days.

But the blending of the cities was real. Louis had watched it happen. All the irrationalities of place and time and custom, blending into one big rationality of City, worldwide, like a dull gray paste. Did anyone today speak Deutsche, English, Francais, Espanol? Everyone spoke Interworld. Style in body paints changed all at once, all over the world, in one monstrous surge.

What a tremendous fictional illustration of C.S. Lewis’ concern about atmosphere. Wu exists as a listless figure in front of a green screen of all the cities of the world, each shifting one by one in the background behind him. All the cities look the same: “there is no feeling that London differs from Paris,” as C.S. Lewis said.

Is it a coincidence that Niven so poignantly fictionalizes Lewis’ critique, and does so in such a close way, using cities in exactly the way that Lewis did?

And… the protagonist’s name is Louis (=Lewis). Coincidence? Or conspiracy?

We know that Larry Niven has read Lewis. I blogged last week about how The Great Divorce inspired one of his projects, and he used Lewis’ characters in some stories (see Niven’s Rainbow Mars).

My vote is that this is a literary conspiracy, and no accident on Larry Niven’s part. What do you think?

“A Pilgrim in Narnia” is a blog project in reading and talking about the work of C.S. Lewis, J.R.R. Tolkien, and the worlds they touched. As a "Faith, Fantasy, and Fiction" blog, we cover topics like children’s literature, apologetics and philosophy, myths and mythology, fantasy, theology, cultural critique, art and writing. This blog includes my thoughts as I read through Lewis and Tolkien and reflect on my own life and culture. In this sense, I am a Pilgrim in Narnia--or Middle Earth, or Fairyland. I am often peeking inside of wardrobes, looking for magic bricks in urban alleys, or rooting through yard sale boxes for old rings. If something here captures your imagination, leave a comment, “like” a post, share with your friends, or sign up to receive Narnian Pilgrim posts in your email box. Brenton Dickieson is a father, husband, friend, university lecturer, and freelance writer from Prince Edward Island, Canada. You can follow him on Twitter, @BrentonDana.
View all posts by Brenton Dickieson →
This entry was posted in Fictional Worlds, Memorable Quotes and tagged C.S. Lewis, fantasy, J.R.R. Tolkien, Larry Niven, literary criticism, Narnia, narratology, On Stories, Ransom Trilogy, Ringworld, Science Fiction, Wood between the Worlds. Bookmark the permalink.

25 Responses to The Loss of Atmosphere: A Literary Conspiracy by Larry Niven & C.S. Lewis?