There Will Be No More Pints with Charles: An Astonishing Eulogy by Warren Lewis 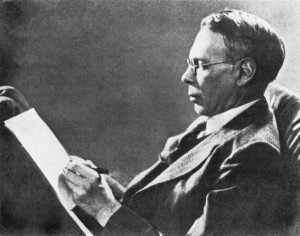 On Friday, the 70th anniversary of Charles Williams’ death, I will explore C.S. Lewis’ tribute in poetry. Williams was powerfully influential to C.S. Lewis, but he was also an important member of the Inklings.

This ad hoc literary club—really a chance for bright, bookish friends to gather around pipes and beer with manuscripts in lap—met twice a week for about two decades. The Inklings included literary greats like J.R.R. Tolkien and C.S. Lewis, but it was also filled with less well known public intellectuals, like Prof. Hugo Dyson, literary historian Owen Barfield, children’s author Roger Lancelyn Green, historian Lord David Cecil, Chaucer translator Nevill Coghill, and the editor of the Middle Earth legendarium, Christopher Tolkien. It was an unusual collection of great minds who achieved great things.

One of the most faithful members of the Inklings was Major Warren Lewis. Brother of the Narnian himself, we can imagine he was a member of the Inklings because of his connections rather than his own skill. While Warren may have been invited to the Inklings by his brother, he was a critical reader and added to the discussion. And when the Inklings began, they were just a gaggle of obscure Oxford dons. It was their mutual encouragement, the careful criticism and support of true friends over many years, that made these men notable.

Over those years, Warren found his own literary voice as a historian. He wrote seven books about 17th century France, works that are noted for their careful research, their rich understanding of the military context, and their sheer readability. Warren also edited the Lewis Papers and the first collection of C.S. Lewis’ letters, which includes a unique memoir.

Throughout his adult life, Warren Lewis was also a prolific diarist. Rather than the mundane and, honestly, boring diaries of C.S. Lewis, Warren’s diary writing is quick, easy, and full of life. Although most of it is unpublished, Clyde Kilby and Marjorie Lamp Mead collected some of the more notable entries in Brothers & Friends. It gives us a look at Warren’s life, but is also one of the more important sources for Inklings activities.

On the day of Charles Williams‘ death, we have a rather remarkable entry. Still fresh from the news, and having just completed the last bits of his first book, Warren pours out his heart. The journal note shows the reader a bit of his literary relationship with Tolkien (Tollers) and C.S. Lewis (J). But it especially shows how intimately connected Warren Lewis was with Charles Williams—a person who to us today can seem so hard to get.

At 12.50 this morning I had just stopped work on the details of the Boisleve family, when the telephone rang, and a woman’s voice asked if I would take a message for J—“Mr. Charles Williams died in the Acland this morning”. One often reads of people being “stunned” by bad news, and reflects idly on the absurdity of the expression; but there is more than a little truth in it. I felt just as if I had slipped and came down on my head on the pavement. J had told me when I came into College that Charles was ill, and it would mean a serious operation: and then went off to see him: I haven’t seen him since. I felt dazed and restless, and went out to get a drink: choosing unfortunately the King’s Arms, where during the winter Charles and I more than once drank a pint after leaving Tollers at the Mitre, with much glee at “clearing one throats of varnish with good honest beer”: as Charles used to say. There will be no more pints with Charles: no more “Bird and Baby”: the blackout has fallen, and the Inklings can never be the same again. I knew him better than any of the others, by virtue of his being the most constant attendant. I hear his voice as I write, and can see his thin form in his blue suit, opening his cigarette box with trembling hands. These rooms will always hold his ghost for me. There is something horrible, something unfair about death, which no religious conviction can overcome. “Well, goodbye, see you on Tuesday Charles” one says—and you have in fact though you don’t know it, said goodbye for ever. He passes up the lamplit street, and passes out of your life for ever. There is a good deal of stuff talked about the horrors of a lonely old age; I’m not sure that the wise man—the wise materialist at any rate—isn’t the man who has no friends. And so vanishes one of the best and nicest men it has ever been my good fortune to meet. May God receive him into His everlasting happiness.

“A Pilgrim in Narnia” is a blog project in reading and talking about the work of C.S. Lewis, J.R.R. Tolkien, and the worlds they touched. As a "Faith, Fantasy, and Fiction" blog, we cover topics like children’s literature, apologetics and philosophy, myths and mythology, fantasy, theology, cultural critique, art and writing. This blog includes my thoughts as I read through Lewis and Tolkien and reflect on my own life and culture. In this sense, I am a Pilgrim in Narnia--or Middle Earth, or Fairyland. I am often peeking inside of wardrobes, looking for magic bricks in urban alleys, or rooting through yard sale boxes for old rings. If something here captures your imagination, leave a comment, “like” a post, share with your friends, or sign up to receive Narnian Pilgrim posts in your email box. Brenton Dickieson is a father, husband, friend, university lecturer, and freelance writer from Prince Edward Island, Canada. You can follow him on Twitter, @BrentonDana.
View all posts by Brenton Dickieson →
This entry was posted in Reflections and tagged beer, books, C.S. Lewis, Charles Williams, Death, diaries, eulogy, Inklings, J.R.R. Tolkien, literature, Narnia, Warren Lewis, writing. Bookmark the permalink.

24 Responses to There Will Be No More Pints with Charles: An Astonishing Eulogy by Warren Lewis