“Integrity” and “Research”: Two Evils of the University According to C.S. Lewis

Posted on October 7, 2015 by Brenton Dickieson 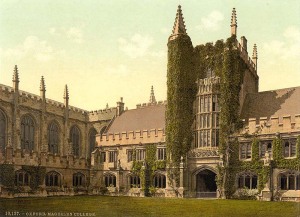 In his mid-50s, after a devoting more than 35 years to Oxford as a student and teacher, C.S. Lewis moved to the “other university”: Cambridge. A year or so after taking his Chair, he wrote for The Cambridge Review, outlining the differences between the two great universities. It is a fun and pointed article that you can now find called “Interim Report” in Present Concerns.

The article tells us more about Lewis than it does about either school, I think. It is soaked with humour and self-criticism. But it is also a ferocious critique of culture and education.

After looking at differences and similarities between the two schools, Lewis warned that not all the similarities are good ones. “I left behind me two evils,” Lewis said, “Which I meet again here.”

When you think of campus life you might think of any number of evils. On English speaking campuses throughout the world, rape and sexual assault are key issues. Apathy abounds—indeed, for many students, professors, and administration, any sort of challenge is viewed as an evil itself. The curriculum is slipping in its standards and the marketplace is expecting more and more.

As far as campus evils go, to use Lewis’ early idea from The Abolition of Man, I believe we have devastatingly dissected the student’s experience. In Plato’s idea, humans are made up of heads (minds), hands (our making abilities), and chests or hearts. By the 20th century we had created universities that are strong on intellect and efficient in productivity, but that no longer taught about spirit, hope, love, drive, despair, ingenuity, and courage. Here is Lewis’ obituary of student life at the time:

And all the time—such is the tragi-comedy of our situation—we continue to clamour for those very qualities we are rendering impossible. You can hardly open a periodical without coming across the statement that what our civilization needs is more ‘drive’, or dynamism, or self-sacrifice, or ‘creativity’. In a sort of ghastly simplicity we remove the organ and demand the function. We make men without chests and expect of them virtue and enterprise. We laugh at honour and are shocked to find traitors in our midst. We castrate and bid the geldings be fruitful (“Men Without Chests”).

The failure of our education for students might be an evil worth pointing out.

Instead, Lewis decides to point out two great evils that Oxford and Cambridge share: Integrity and Research.

The first needs to be handled with some delicacy, perhaps with more delicacy than I possess, but it is too grave to be passed over in silence. At both places the majority of undergraduates seem to me to be very nice people; much nicer than the pre-1914 vintage as depicted by Sir Compton Mackenzie (Note: in Sinister Street (two volumes, 1913-1914)).

But at both there is a minority of unhappy young men really very like the “malcontents” who provide villains for Jacobean drama. They seem to have some grudge or grievance; tense, tight-lipped, hot-eyed, beatle-browed boys, with cheeks as drab, but not so smooth, as putty. They are rude, not with the forgivable gaucherie of inexperienced youth (I hate an oldster who is querulous about that; we have all been cubs in our time) but, as it seems, on principle; in the cause of “integrity” or some other equally detestable virtue.

They matter for two reasons. First, they raise a fear that there may be something wrong about our method of intake, or its quantity (academic overproduction is possibly a real danger) or the structure of the educational ladder—in itself an admirable thing. Secondly, I fear that if this type continues it will in the next thirty years prove an extremely disastrous element in our national life. These are future schoolmasters and journalists or, worse still, unemployables with degrees. They could do great harm.

The other evil (in my view) is the incubus of “Research”. The system was, I believe, first devised to attract the Americans and to emulate the scientists. But the wisest Americans are themselves already sick of it; as one of them said to me, “I guess we got to come to giving every citizen a Ph.D. shortly after birth, same as baptism and vaccination.”

And it is surely clear by now that the needs of the humanities are different from those of the sciences. In science, I gather, a young student fresh from his First in the Tripos can really share in the work of one of his seniors in a way that is useful to himself and even to the subject. But this is not true of the man who has just got his First in English or Modern Languages. Such a man, far from being able or anxious (he is by definition no fool) to add to the sum of human knowledge, wants to acquire a good deal more of the knowledge we already have. He has lately begun to discover how many more things he needs to know in order to follow up his budding interests; that he needs economics, or theology, or philosophy, or archaeology (and always a few more languages). To head him off from these studies, to pinfold him in some small inquiry whose chief claim often is that no one has ever made it before, is cruel and frustrating. It wastes such years as he will never have again; for an old proverb says that “All the speed is in the morning”.

What keeps the system going is the fact that it becomes increasingly difficult to get an academic job without a “research degree”. 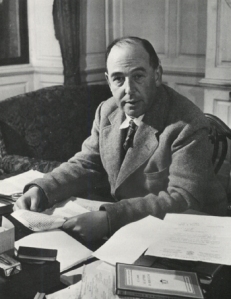 The character of the first “evil” has become a caricature that has developed through time from the revolutionary to the beatnik to the hippy to the cruel distant poet to the hipster who is too cool for school. But the second “evil” touches very close to home, since I am someone who is doing a research PhD, aiming to work in a university that will require a research PhD where I have narrowed my sights and become an expert in my field. And, I’m doing that degree on C.S. Lewis–the author of this shattering criticism.

It is a startlingly relevant criticism of the academy of today, even as someone who thinks that research degrees can be a good idea (as I do).

I will leave the reader with a slightly adapted version of the last question C.S. Lewis leaves us in this section:

Can the university do anything by combining to break down this bad usage?

“A Pilgrim in Narnia” is a blog project in reading and talking about the work of C.S. Lewis, J.R.R. Tolkien, and the worlds they touched. As a "Faith, Fantasy, and Fiction" blog, we cover topics like children’s literature, apologetics and philosophy, myths and mythology, fantasy, theology, cultural critique, art and writing. This blog includes my thoughts as I read through Lewis and Tolkien and reflect on my own life and culture. In this sense, I am a Pilgrim in Narnia--or Middle Earth, or Fairyland. I am often peeking inside of wardrobes, looking for magic bricks in urban alleys, or rooting through yard sale boxes for old rings. If something here captures your imagination, leave a comment, “like” a post, share with your friends, or sign up to receive Narnian Pilgrim posts in your email box. Brenton Dickieson is a father, husband, friend, university lecturer, and freelance writer from Prince Edward Island, Canada. You can follow him on Twitter, @BrentonDana.
View all posts by Brenton Dickieson →
This entry was posted in Memorable Quotes, Thoughtful Essays and tagged C.S. Lewis, Cambridge, higher education, Oxford, Pedagogy, Present Concerns, research, The Abolition of Man, Theology of Culture, University. Bookmark the permalink.

23 Responses to “Integrity” and “Research”: Two Evils of the University According to C.S. Lewis