Posted on September 20, 2018 by Brenton Dickieson 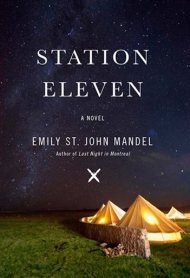 Earlier this week I put a review up of what I think to be a strong, engaging literary sf book, skillfully written to accomplish two things that many authors could not do. First, Emily St. John Mandel has created in Station Eleven a postapocalyptic novel that walks us through the collapse of civilization without reducing the book to the drudgery of illness, loss, chaos, and marches of the walking dead. Second, Mandel manages to write likeable narcissists on a moral quest without making the audience bored by either the self-attention or the vital lesson. In both cases, Mandel uses deft literary devices and strong writing to turn deadly literary traps into dynamic features of the text.

There is in my view only one real weakness in Station Eleven, namely the chief antagonist, the Prophet. In strong, careful movements, Mandel works out the biographical storyline of each of her main characters, linking them in intimate ways as we draw closer and closer to the centre. The Prophet threatens to destroy the fragile, desperate peace that falls upon the postapocalyptic Great Lakes world as he quietly takes apart innocence and beauty in his cool destructive influence. There are some interesting features of the Prophet’s character. He doesn’t hate art, he has a kind of morbid curiosity, and he is part of the intricate web of the book’s most remarkable strength: the way it orbits around one particular character. Other than that, though, the Prophet’s character is pretty flat. He is just another brutalizing, pedophilic, creepy, cult leader who orients the entire universe around his own self-understanding. Unfortunately, Mandel’s Prophet lacks the depth even of a single-episode crime TV character. 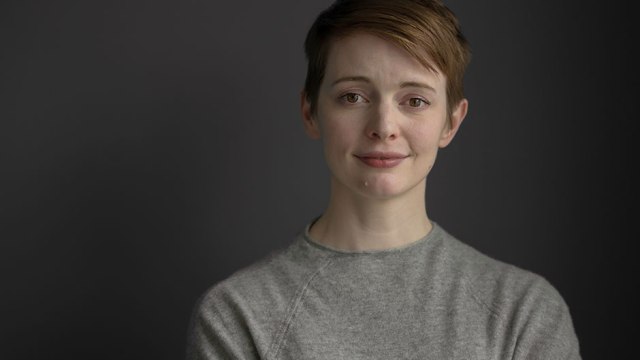 Granted, it is hard for fictional cult leaders to shine next to the incredibly complex, heartbreaking, and eerie real-life stories of these kinds of figures. Still, the Prophet fails in this winning novel. I think there is a reason for the failure, though in suggesting it I am moving into dangerous territory by speculating about the experience of the author. The presupposition I’ll move forward with is that Mandel is a bright and critical reader, able to offer a feminist critique of work while still loving literature. I suspect she is typically generous and inclusive, a fairly normal Canadian, so that living in the US includes a kind of quiet political interest combined with the constant disturbed feeling of parts of American culture combined with an underlying admiration for the best of America. I haven’t read anything on her, but this is my guess.

While most fiction writers know that we embed a bit of ourselves in most every character, our stories are going to have characters with radically different experiences from our own. When this is done badly, novels have that monotone quality of made-for-TV movies where every character talks the same. When done well, the story has a rich, deep, and broad character life. 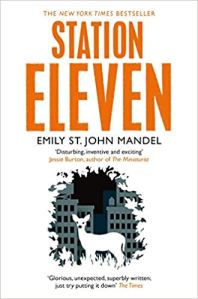 When we write about people that we are not, there is one absolutely essential rule: we need to be able to see the world from their angle.

I think this is the same whether we are writing about a feminist accountant experiencing a life crisis, a terrorist praying for a way out, a medical marijuana user falling in love with his physiotherapist, a gay rights activist playing the stocks during his day job, a Palestinian poet on the run from an intellectual hitman, a ceramic tea-cup painter with blood on his hands, a pro-life protestor struggling with disillusionment, an atheist broadcaster about to compromise her principles, a Japanese animator with a failing secret life of crimefighting, an ISIS fighter with nothing to lose, or a fat man who wins a luxury Barry Manilow show cruise. If you cannot empathetically appreciate the whole perspective of that character–if you cannot see through their eyes and appreciate the beauty and horror and layered dimensions of their identity and choices–you will not be able to tell their story.

This principle is particularly true of people whose worldviews are vitally different than your own. I asked once on this blog if people could appreciate the beauty of evangelicalism, even if they disagreed with it or even hated the point of view. As a Person you can carry around whatever bigotry you want, but as an Author, if you can’t see the beauty of their worldview from the inside, you will never write an evangelical character well. True, you may play fabulously to anti-religious crowd in this Trump era. Evangelical support of Trump is the Scopes Monkey Trial of the 21st century. But unless you feel the heart of the evangelical you will never write that character to your own critical ability. If you can’t understand why a young Muslim man would turn give his life as suicide bomber, you can’t write that character. If you don’t understand why someone would leave their faith or protest at a clinic or commit adultery or knowingly do the wrong thing at work, you will never be able to tell their story well. 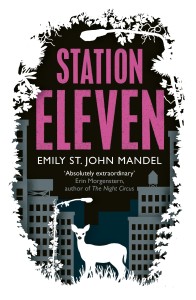 Whether your book is a bestseller or a bargain bin reject, if you can’t empathize with the worldview of your antagonist, your work will only have the strength of every boring trope you have ever seen, whether that’s the gay best friend, the socially awkward IT coder, the fat girl without a date, the magical negro, the deadbeat dad, the ditz, the monologuing bad guy, or the hypocritical clergyman. Yes, in each one of those cases you can think of a brilliant book or film featuring that character. Analyze that story and see what makes the difference.

Now the case of Emily St. John Mandel’s generally skillful work in Station Eleven. In considering the character of the Prophet, I suspect that she does not have a close intimate friend who has a deeply committed and authentic religious belief that she not only disagrees with but finds abhorrent. I could be wrong, and if I am I will retract this criticism. But I suspect that there is no one on her “I would drop everything and do anything for you” list who has a religious perspective that disturbs her, such as a fundamentalist Christian, a Benedict Option Catholic, an evangelical who voted Trump, a Jehovah Witness who really believes that it is wrong to give her daughter a blood transfusion, an Orthodox Jew in a gender-divided commuity, or a Muslim who wears the hijab and hopes that America will be part of Dar al-Salam in a future, global, universal ummah.

And given that the standard response in the book to ideas of God, faith, hope, and meaning is that they are strange and disturbing, I wonder if Mandel has someone close to her who is even deeply religious (in a more-than-Oprah-book-of-the-month club kind of way)–quite apart from the more extreme religions in the previous paragraph. I do suspect that she has people she respects that are spiritually minded but not terribly religious, and probably some people she loves that attend church or synagogue. That element comes out well in the book, but the despicable worldview of the Prophet is both incoherent and lifeless.

In most books, this particular weakness might not be fatal. In Station Eleven, however, a great deal of the plot is structured around someone with a disturbing worldview, i.e., the Prophet. He is the chief Antagonist and the anvil against which two of the main characters test their mettle. Yet there is no empathetic connection between the audience and this critical character, despite watching him grow up and despite Mandel’s critical ability to connect with other people who do awful things and live terrible lives. I think this gap exists because Mandel cannot respect the antagonist, and she struggles even to understand his motives. In a book that smacks of Providence and has a tender respect for little rituals of remembrance and connection, the reduction of religion to madness and violence–people like this just think that way, after all–is not just a weak point but almost a fatal flaw. 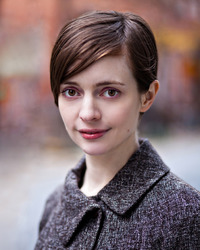 I should note that I am not offended. Mandel is hardly the first author to play on tiresome anti-religious tropes (or anti-gay sentiments, or xenophobic stereotypes, or …). I like anti-religious writers, for the most part.

I also think that it’s okay that her lack of tolerance in this particular area squeezes through into the narrative. The idea that there is a loving God governing the universe and who expects people to respond ethically is pretty absurd–especially in a novel where 99.9% of people are killed by disease and human violence. That absurdity is the crisis of our times. It is worth writing about.

But if the novel was meant to be a critique of theistic Meaning and a call to live meaningfully–because “survival is insufficient”–the flat nature of her main villain is a critical failure at this point.

This failure of character development is a singular occurrence in Station Eleven. Emily St. John Mandel certainly lacks no strength in creating varied and empathetic characters, which is why I suspect the character’s religious worldview is a blind spot in Mandel’s experience. If Mandel had taken the time to research the perspectives of prophets like the one in her novel, to really get on the inside and understand how they work and appreciate the horror of their perspective in disturbing admiration rather than just dismissive assumption, that character could have been great.

Otherwise, and in all other ways, the book was a splendid discovery for me. In a literary environment where the postapocalyptic has become rather drab, Mandel’s Station Eleven certainly deserved the Arthur C. Clarke Award in 2015. I hope to see more from Emily St. John Mandel. 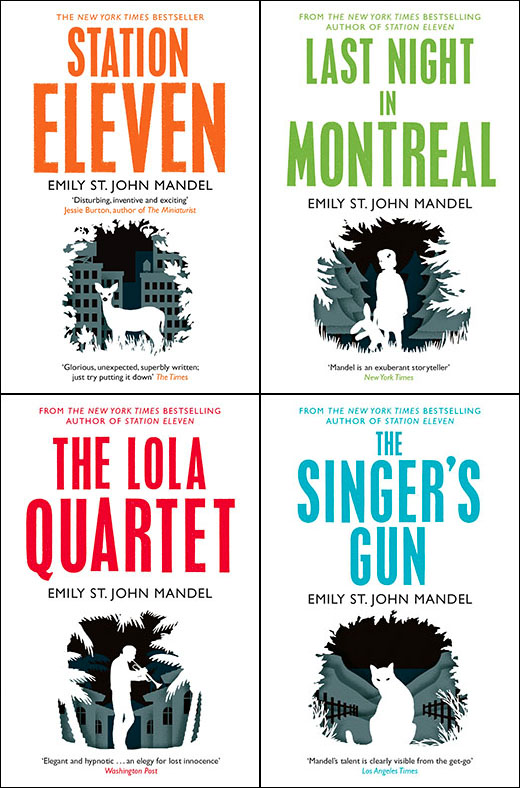 “A Pilgrim in Narnia” is a blog project in reading and talking about the work of C.S. Lewis, J.R.R. Tolkien, and the worlds they touched. As a "Faith, Fantasy, and Fiction" blog, we cover topics like children’s literature, apologetics and philosophy, myths and mythology, fantasy, theology, cultural critique, art and writing. This blog includes my thoughts as I read through Lewis and Tolkien and reflect on my own life and culture. In this sense, I am a Pilgrim in Narnia--or Middle Earth, or Fairyland. I am often peeking inside of wardrobes, looking for magic bricks in urban alleys, or rooting through yard sale boxes for old rings. If something here captures your imagination, leave a comment, “like” a post, share with your friends, or sign up to receive Narnian Pilgrim posts in your email box. Brenton Dickieson is a father, husband, friend, university lecturer, and freelance writer from Prince Edward Island, Canada. You can follow him on Twitter, @BrentonDana.
View all posts by Brenton Dickieson →
This entry was posted in Canadian literature, On Writing, Thoughtful Essays and tagged Canadian literature, Emily St. John Mandel, epistolary fiction, Science Fiction, speculative fiction, Station Eleven, Trump. Bookmark the permalink.