Posted on November 8, 2018 by Brenton Dickieson

This year I introduced an occasional feature I call “Throwback Thursday.” This is where I find a blog post from the past–raiding either my own vault or someone else’s–and throw it back out into the digital world. This might be an idea or book that is now relevant again, or a concept I’d like to think about more, or even “an oldie but a goodie”that I think needs a bit of spin time.

Again and again, I remain impressed by how important writing supports were for two of the biggest fantasy writers of the 20th century: J.R.R. Tolkien and C.S. Lewis. This summer I talked about how in an age of literary groups, some writers were alone. I was talking about L.M. Montgomery, but J.K. Rowling was certainly another. When people talk to me online or in the street about Tolkien and Lewis, they love to hear stories about how their friendship encouraged there work. So here is a post from five years ago that, I hope, highlights the value of writing fiends.

I have just read The Hobbit again and am about to finish The Fellowship of the Ring, reading aloud to my son. Again and again I am struck by how very good these books are. Not only are they wonderful stories of high adventure, but they are also richly literate in the elegant use of words, the varied textures of a complex world, and the intricate task of inculcating the story with foundational ideas. From fairy tale to epic, J.R.R. Tolkien’s Middle Earth mythology has absolutely transformed the way I write. I’m certain I am not alone in this conversion.

What strikes me most about Tolkien is that we came very close to never getting the pleasure of reading any of his great work. Tolkien was notoriously slow in writing these books we love so much. He began The Hobbit in the late 20s, and it didn’t get to print until 1937. The Lord of the Rings was begun earnestly in the late 30s, but did not come to completion for more than fifteen years, finally coming to print in 1954-55. And even then it had to be pried out of his hands. As one of the world’s most famous books was going to print, the author was still deeply unsatisfied with it.

Tolkien’s perfectionism is legendary now because he was finally able to finish The Hobbit and get it to print. And he did this because of the encouragement of his friend, C.S. Lewis.

This month (Nov 2013) on A Pilgrim in Narnia we are considering C.S. Lewis’ legacy. Among Lewis’ most important contributions include, I think, his influence in Tolkien’s life just at the stage when he needed someone to give him real critical feedback on his work.

Once Lewis was able to find his literary voice–sometime in the mid 1930s–he didn’t slow down until the late 1950s, producing hundreds of books and essays. Tolkien disliked the lack of care that Lewis showed in completing his books, but the fact was that Lewis was able to get his ideas and stories to print and Tolkien was important in that journey.

A now-famous literary pact between Tolkien and Lewis, “Tollers” and “Jack,” confirms how different their approach was. Here Humphrey Carpenter records Tolkien’s recollection of a conversation they had, with Lewis speaking first:

“Tollers, there is too little of what we really like in stories. I am afraid we shall have to try and write some ourselves.” We agreed’ (said Tolkien) ‘that he should try “space-travel”, and I should try “time-travel”. (Humphrey Carpenter, Tolkien, 190).

C.S. Lewis’ space travel story, Out of the Silent Planet, appeared quickly in 1938. We don’t get to see what Tolkien was working on until after he died. 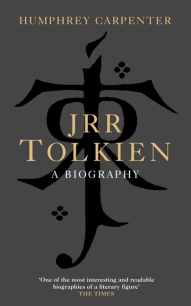 In 1932, Tolkien had completed much of The Hobbit. He was stalled, though, after the death of Smaug. It was then that he allowed Lewis to read it, and to his great surprise, Lewis loved it. Lewis continued to encourage Tolkien until The Hobbit‘s successful publication, and wrote a favorable review of it for the Times Literary Supplement. And, when the “new Hobbit” was finally coming from Tolkien’s pen, Lewis continued to give his support. After the publication of The Lord of the Rings, Tolkien wrote to his publisher that,

And, after Lewis’ death in 1963, Tolkien wrote a moving note to the Tolkien Society of America:

Lewis was a very impressionable man, and this was abetted by his great generosity and capacity for friendship. The unpayable debt that I owe to him was not ‘influence’ as it is ordinarily understood, but sheer encouragement. He was for long my only audience. Only from him did I ever get the idea that my ‘stuff’ could be more than a private hobby. But for his interest and unceasing eagerness for more I should never have brought The L. of the R. to a conclusion…. (Humphrey, ed., The Letters of J.R.R. Tolkien, 362).

Again and again, C.S. Lewis is mentioned in Tolkien’s letters as being Tolkien’s main critic and a real fan of the hobbit tales. At one point Tolkien says that his children and “Mr. Lewis” are the original audience of The Hobbit and The Lord of the Rings–quite a claim. It is for this reason that at least two Lewis biographers call him Tolkien’s “literary midwife” (Alan Jacobs, The Narnian, xv; Alister McGrath, C.S. Lewis, x, 130, 197-200).

Tolkien’s habit of putting off writing and of self-criticism continues through his life. Lewis’ habit of encouraging him to finish also continues. Here is a note from J.R.R. Tolkien to his son Christopher on Mar 30, 1944.

I saw the two Lewis bros. yesterday, & lunched with C.S.L.: quite an outing for me. The indefatigable man read me part of a new story! But he is putting the screw on me to finish mine. I needed some pressure, & shall probably respond; but the ‘vac.’ is already half over & the exam.wood only just cleared (Humphrey, ed., The Letters of J.R.R. Tolkien, 68). 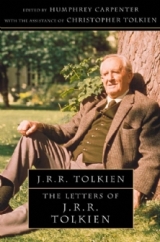 Note that Tolkien ends the letter with excuses not to write. But he does write, and over the next couple of months his letters to Christopher (at war) are filled with progress reports on The Lord of the Rings–each chapter approved of by his good friend Lewis, now more than 20 years into a career of trying to get Middle-earth to print.

Tolkien claims that this is an unpayable debt, but Tolkien’s influence upon Lewis is no less important. On Feb 18, 1938, Tolkien wrote a letter of support for Lewis’ Out of the Silent Planet. Much of what Lewis wrote, including The Problem of Pain and much of Narnia, was read and critiqued by Tolkien. And, most of all, Tolkien was the spiritual midwife to the two greatest conversions in C.S. Lewis’ life: his acceptance of the value of myth, which then led to his conversion to Christianity.

Writing is a lonely enterprise. It is pen and paper. It is ink and blank space. Even today when writers need to create a public profile to advance their readership, the best parts of those social network connections are the ones that are “sheer encouragement.” We all need to write for specific audiences–and sometimes there is only one person who will listen. But as we move from “private hobbies” to careers in pen and paper, in story and form, we need the “interest

and unceasing eagerness” of someone who knows the real merits of our work.

And that, I think, is the profound legacy of C.S. Lewis and J.R.R. Tolkien: not just writers, but writing friends. They turned ink and blank space into a circle of friendship, and helped bring hobbits to the world and get Ransom to Mars.

“A Pilgrim in Narnia” is a blog project in reading and talking about the work of C.S. Lewis, J.R.R. Tolkien, and the worlds they touched. As a "Faith, Fantasy, and Fiction" blog, we cover topics like children’s literature, apologetics and philosophy, myths and mythology, fantasy, theology, cultural critique, art and writing. This blog includes my thoughts as I read through Lewis and Tolkien and reflect on my own life and culture. In this sense, I am a Pilgrim in Narnia--or Middle Earth, or Fairyland. I am often peeking inside of wardrobes, looking for magic bricks in urban alleys, or rooting through yard sale boxes for old rings. If something here captures your imagination, leave a comment, “like” a post, share with your friends, or sign up to receive Narnian Pilgrim posts in your email box. Brenton Dickieson is a father, husband, friend, university lecturer, and freelance writer from Prince Edward Island, Canada. You can follow him on Twitter, @BrentonDana.
View all posts by Brenton Dickieson →
This entry was posted in Creative Writing, Fictional Worlds, Lewis Biography, Throwback Thursdays and tagged C.S. Lewis, Conversion, fantasy, J.R.R. Tolkien, literature, Lord of the Rings, Out of the Silent Planet, publishing dreams, The Desolation of Smaug, The Hobbit, Tolkien, writing. Bookmark the permalink.