Posted on December 13, 2018 by Brenton Dickieson

I have talked before about my love of Shel Silverstein’s poetry. Most people don’t know that he is the poet behind the Irish Rover’s international hit, “The Unicorn Song.” It’s hard to resist the Celtic charm of this lilting classic, but I encountered it first between the covers of Where the Sidewalk Ends. My mother gave me this book when I was very little, coming home one night from a business trip of some kind and sharing with me the joy of a new book.

The poems of Where the Sidewalk Ends were also an essential part of my son’s childhood bedtimes, including “The Unicorn Song.” The moral lesson in the song is pretty thin, and intentionally so. Why do we not see unicorns in our enchanted forests and suburbs anymore? Because they missed the boat, too busy frolicking in the great wilds. And not just any boat. Growing up on an island we were always attuned to the rhythm of the daily crossings to the mainland, aware that if we miscalculated we could be waiting for hours–even overnight. These poor adventurous souls, however, missed the boat of boats, Noah’s ark, the last refuge for antediluvian creatures. The rains fell and Noah’s ark sailed while the played.

Despite this lesson, we still missed the boat from time to time, and I have never stopped looking for unicorns in the enchanted realms I inhabit. 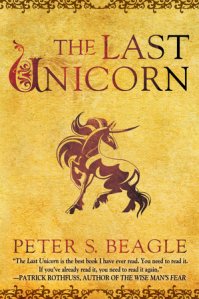 The Irish Rovers were not the first to sing about the lost unicorns, and neither was childhood poet laureate Shel Silverstein. And checking my booklist dates, I see that Peter Beagle wrote The Last Unicorn in the late ’60s, just as “The Unicorn Song” was lilting across the airwaves for the first time.

Before all of these folk artists–an Irish band, a Jewish poet, and a fantasy author–shared their unicorn stories, C.S. Lewis thought about the loss of the unicorn. And just like Shel Silverstein, he pinpointed Noah’s ark as the critical moment. In “The Sailing of the Ark,” a poem published in Punch in August 1948, Lewis anonymously shared a funny little tune about Noah’s lazy and belligerent sons, and how the unicorn finally was left behind. Unlike Silverstein’s legend, we find out from C.S. Lewis that it may not have been the unicorn’s fault after all.

This war of the poet legend-makers should also give us a little caution about how we make links between authors. There is little–I would say almost no–chance that Silverstein knew of Lewis’ version. It is highly unlikely that Silverstein ever came across this edition of Punch, a popular UK humour magazine, but not one with sticking power. “The Unicorn Song” was written by 1962, and Lewis’ collected poetry didn’t appear for another half-decade. 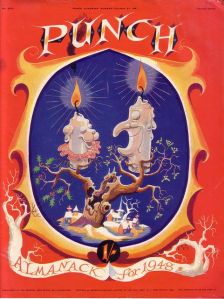 It seems most likely that this legend of the unicorns missing the boat popped up independently and was played with by two popular poets of the 20th century without mutual influence. Both of the authors asked where the unicorns went, and both suggested they missed Noah’s ark.

I think we underestimate this phenomenon. Some ideas just beg for air and will find their way to the surface through one genius or another. Which civilization invented music? or poetry? or art? Why should we choose? I think that some things are simply essential to the human social space. One of those, in the west, is the idea that the unicorns missed a chance to get on Noah’s ark.

Of course, there may be a source behind both these fine fellows. And we also must remember that it is only a legend, a fun play on cultural ideas. Thus, I am not saying that a unicorn isn’t haunting a bookshelf or neighbourhood near you. 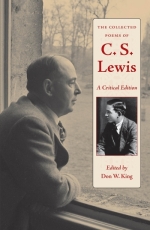 The Sailing of the Ark

The sky was low, the sounding rain was falling dense and dark,
And Noah’s sons were standing at the window of the Ark.

The beasts were in, but Japhet said “I see one creature more
Belated and unmated there comes knocking at the door.”

“Well, let him knock or let him drown,” said Ham, “or learn to swim;
We’re overcrowded as it is, we’ve got no room for him.” 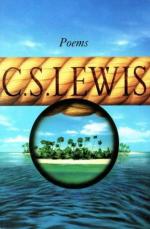 “And yet it knocks, how terribly it knocks,” said Shem. “Its feet
Are hard as horns and O, the air that comes from it is sweet.”

“Now hush!” said Ham. “You’ll waken Dad, and once he comes to see
What’s at the door it’s sure to mean more work for you and me.”

Noah’s voice came roaring from the darkness down below:
“Some animal is knocking. Let it in before we go.”

Ham shouted back (and savagely he nudged the other two)
“That’s only Japhet knocking down a brad-nail in his shoe.”

Said Noah “Boys, I hear a noise that’s like a horse’s hoof.”
Said Ham “Why, that’s the dreadful rain that drums upon the roof.”

Noah tumbled up on deck and out he put his head.
His face grew white, his knees were loosed, he tore his beard and said

“Look, look! It would not wait. It turns away. It takes its flight—
Fine work you’ve made of it, my sons, between you all to-night!

O noble and unmated beast, my sons were all unkind; 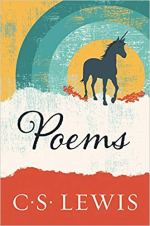 In such a night what stable and what manger will you find?

O long shall be the furrows ploughed upon the hearts of men
Before it comes to stable and to manger once again,

And dark and crooked all the roads in which our race will walk,
And shrivelled all their manhood like a flower on broken stalk!

Now all the world, O Ham, may curse the hour that you were born—
Because of you the Ark must sail without the Unicorn.”

And here is Shel Silverstein doing his own rendition, which I have never heard before.

“A Pilgrim in Narnia” is a blog project in reading and talking about the work of C.S. Lewis, J.R.R. Tolkien, and the worlds they touched. As a "Faith, Fantasy, and Fiction" blog, we cover topics like children’s literature, apologetics and philosophy, myths and mythology, fantasy, theology, cultural critique, art and writing. This blog includes my thoughts as I read through Lewis and Tolkien and reflect on my own life and culture. In this sense, I am a Pilgrim in Narnia--or Middle Earth, or Fairyland. I am often peeking inside of wardrobes, looking for magic bricks in urban alleys, or rooting through yard sale boxes for old rings. If something here captures your imagination, leave a comment, “like” a post, share with your friends, or sign up to receive Narnian Pilgrim posts in your email box. Brenton Dickieson is a father, husband, friend, university lecturer, and freelance writer from Prince Edward Island, Canada. You can follow him on Twitter, @BrentonDana.
View all posts by Brenton Dickieson →
This entry was posted in Reflections and tagged C.S. Lewis, Poetry, Shel Silverstein, The Irish Rovers, The Sailing of the Ark, The Unicorn Song. Bookmark the permalink.